As part of Canadian Mennonite's 25th anniversary issue, former Alberta correspondent Donita Wiebe-Neufeld reflects on a story she covered during her time at the magazine 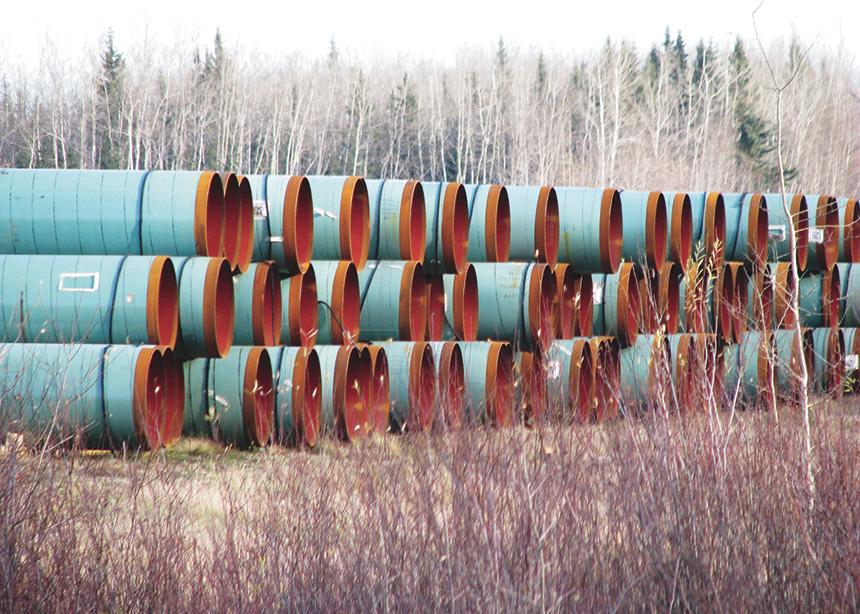 In this photo from 2008, pipes are stockpiled outside of Lubicon Cree territory in northern Alberta, in advance of government approval of a TransCanada application for a pipeline through contested aboriginal land. (Photo courtesy of Amnesty International)

I travelled to Israel/Palestine in the spring of 2008 and wrote about it for Canadian Mennonite. It was, however, the follow-up article where I related the issues to my own backyard that sticks with me. A social worker in my church told me home demolitions and illegal land seizures were happening to Indigenous people in Alberta and we weren’t hearing about it. So, I began to research. I read up on Canadian history, talked to an Indigenous band councillor, and read news papers and reports by groups like Amnesty International and Kairos.

“Pipeline pressure,” a reflection on what was happening to the Lubicon Lake Cree Nation, was published in CM on Nov. 24, 2008. Band councillor Dwight Gladue told me that, because of heavy industry, his community had gone from healthy and self-sufficient in 1978 to a point where the land was polluted, the animals gone, and 90 percent of the people needed social assistance. All this was still occurring alongside broken government promises, lack of consent from the Indigenous people, and ignorance from the general Canadian population.

Fourteen years later, in the wake of the Truth and Reconciliation event, the commission on Missing and Murdered Indigenous Women, and the discovery of the unmarked graves of children at residential schools, Canadians are arguably better informed. But has more knowledge moved us to stand with our Indigenous brothers and sisters?

At the 2022 MC Canada gathering in Edmonton, Cheryl Bear of the Nadleh Whut’en First Nation told the crowd that “our grandchildren need to be friends.”

Writing “Pipeline pressure” was the beginning of my journey with the reconciliation process. It’s still happening, and I so hope to someday see my grandchildren play with Cheryl’s. 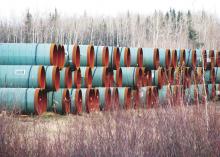 In this photo from 2008, pipes are stockpiled outside of Lubicon Cree territory in northern Alberta, in advance of government approval of a TransCanada application for a pipeline through contested aboriginal land. (Photo courtesy of Amnesty International)