The practice of Lent 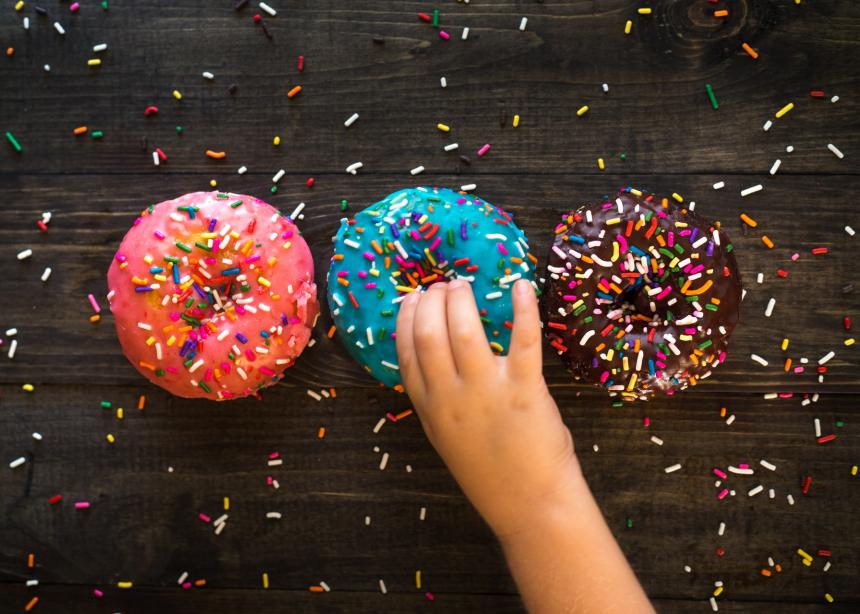 'Eating three doughnuts a day was a regular practice...' (Photo by Patrick Fore/Unsplash)

I like Lent. I wonder how many Mennonites practise this season in the church calendar. And if so, what they do.

For western Christians, Lent begins on Ash Wednesday, Feb. 17 this year, and lasts for six weeks (just over 40 days, since Sundays are not included). For Roman Catholics, that is through Thursday of Holy Week (April 1)—the commemoration of the Last Supper. For Protestants, Lent ends on Holy Saturday. It’s even more complicated for Orthodox and other Christians. I asked a Ukrainian friend about her Lenten traditions and she sent me a message longer than this column is allowed to be!

Lent is intended to be a time of self-discipline and self-examination. For many people, Lent means “giving up something.” It could also mean adding something that is worth deliberately cultivating: like increased Bible reading, praying more often or writing a note of gratitude to someone each day.

Sometime over the past year I added a note in my calendar that my Lenten practice would be to pray with someone every day. I am always struck by how little we pray together, even when I have worked directly for Christian organizations.

Lent has an obscure history, but it probably began around the time of the Council of Nicea in AD 325 (along with the Nicene Creed).

In many ways, Lent is like Ramadan, which is also an act of discipline and is also intended to develop the believer’s discipleship. (This year Ramadan begins on April 12). The point is to practise like an athlete for better performance. In this case, it is performance only in the eyes of God, in the hope of running our race better. Lenten practice is a shadow of deeper faithfulness.

Lent is also a time to practice detachment. Changing something reduces attachment to the way things already are and provides an openness to new ways. If we give up something, we reduce our attachment to it.

I used to give up doughnuts. That was important because, in my skinny, younger, all-you-can eat days, eating three doughnuts a day was a regular practice. You can imagine how Lent reduced my attachment!

Giving up doughnuts is obviously a superficial example, but detachment from “the way things are” is an antidote to sticking excessively to “the way we’ve always done things.” It opens new space for God to work in us. One new practice is doing a social-media fast for Lent. That's probably a good idea after incessant “doomscrolling” for “new” news over the past year. Fasting is a reduction of something; abstinence means refraining completely from that thing.

In the Roman Catholic tradition, Lenten fasting includes the abstaining from meat on Fridays and the reduction of eating throughout the day. I already go full vegan on Fridays, as a practice of detaching from meat-eating just a little. It means a one-seventh or 14-percent decrease in personal meat consumption. It’s a small action I do for environmental reasons (meat-eating is high-cost for the planet), and for reasons of global solidarity (much of the world’s population cannot afford meat regularly). There are other “rules” about Lenten fasts, but it is important not to get bogged down in the details. The gospel of Christ is not a law-bound faith.

The last thing to say about Lent is what comes right before Lent starts: Shrove Tuesday, Mardi Gras and various other “carnivals of excess.” Actually, I won’t say anything. But do bring on the pancakes!

Read more Mind and Soul columns:
The practice of faith
A gift to faith
See all of me
Living well together
Learning from Quakers

'Eating three doughnuts a day was a regular practice...' (Photo by Patrick Fore/Unsplash)