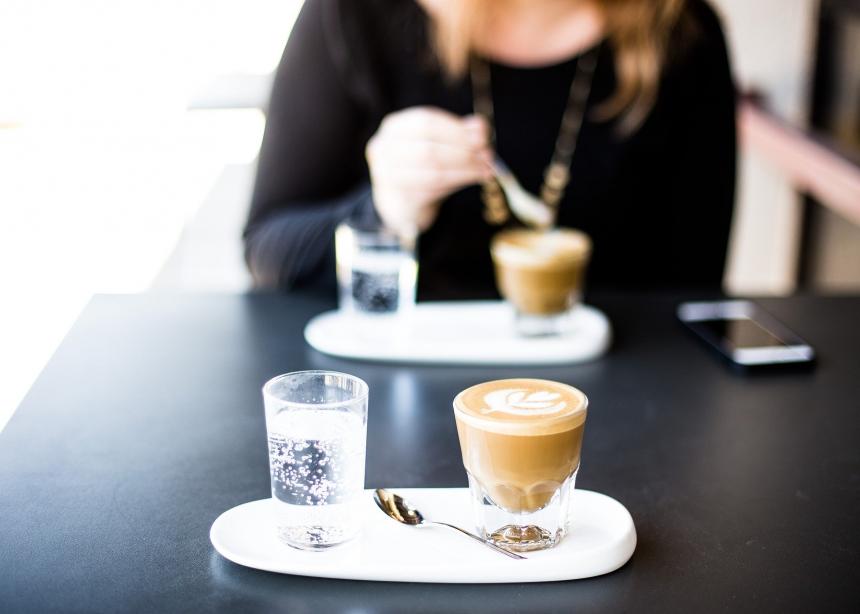 If your eyes are sliding down to the small photo at the bottom of this column, perhaps with a bit of furrow on your brow, I understand. Plus, I hadn’t spent much time making my hair nice that morning.

The story that connects Sharon (a pseudonym) and me is a novel one.

About 13 years ago, our Circles of Support and Accountability (CoSA) group opened ranks to make room for Larry (a pseudonym). He joined a group of core members that numbered about four.

Larry was released from prison as an untreated sex offender, indicating that he had not taken all the programs that the institution required. That meant that, upon his release, his picture was in the media and in the lunch room where I was working at the time.

Larry became a good friend. Larry’s stories eventually began to include Sharon, a person who lived in his community. Although Sharon’s story included many hard chapters as well, we reminded Larry that he deserved a relationship as much as anyone.

But Sharon’s entry into Larry’s life complicated our CoSA relationship with Larry. Sharon was intimidated by this group that seemed to matter so much to him. She began to separate him from us. They eventually married, but the CoSA gang wasn’t invited.

Larry began to slip back into alcohol addiction. After a drunken spat with Sharon, he spent another eight months incarcerated. Sharon was determined that this relationship would survive. She began to call on us for support.

Larry was never very healthy. He died about three years ago; Sharon was with him. The CoSA group and a few neighbours joined with Sharon to create a funeral. She was concerned that no one would show up, yet the small hall was filled. My sermon needed to be shortened, as so many “Larry stories” were shared.

Sharon became a loner again, not easy to keep in contact with. But when a CoSA volunteer member recently died, I called to notify her about memorial arrangements, and she agreed to meet for lunch.

I was struck by the “Larry stories” that still sat at the front edge of her consciousness. Stories that I had explored, and then gently released over the years, were as real to Sharon as yesterday. She reminded me of a time when she had settled into a bus, off to visit family, when Larry strode onto the bus, told the driver he would need to wait, because Larry had not yet kissed his sweetheart goodbye. From the tears, I gather that few have referred to Sharon using “sweetheart” language. She remembered his generosity, his laughter, his passion and, mostly, his love for her.

I was awestruck at how fresh the stories had remained for Sharon in her lonely existence.

Sharon told me that she had found a cemetery close to where Larry had lived. It was quiet and peaceful there. There was no charge to inter his remains. I assured her that we would come together whenever it suited her, that we would plan a warm service. At that point, I was pronounced “gorgeous.”

Sharon showed me a bronze plaque for Larry. It had taken her three years to pay for it. In August, Larry’s friends and his widow will gather to put Larry to rest. I expect there to be a wiener roast. And many “Larry stories.”

Doing the work of the church is perhaps not so complicated. It involves listening and caring.

Ed Olfert (p2pheo@sasktel.net) discovers holy wisdom even when he is not pronounced gorgeous.

Read more In the Image columns:
'Unusual kindness'
Partying 'behind the wall'
'Tell God I say yes'
Allow a little child to lead you
A burning issue