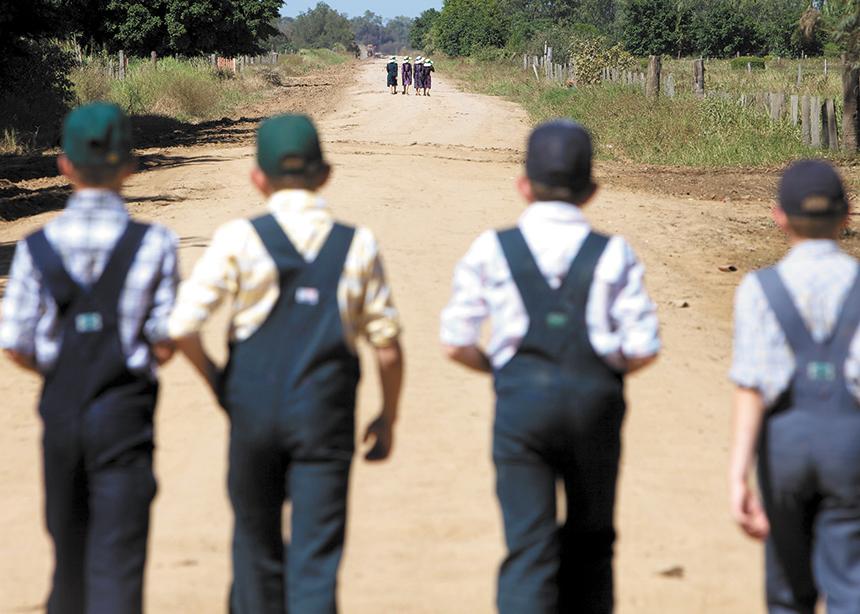 Eight men went to prison, the media gaze moved on, and colony life resumed. But the saga of mass rape in the Bolivian corner of our family of faith is far from over.

When word of a serial rape crisis on the Manitoba Colony in Bolivia emerged in 2005, Mennonite Central Committee (MCC) faced pressure to intervene. The situation demanded a response that would protect women and girls on the colony.

In the wake of the crisis, MCC staff met with colony leaders and offered trauma care for the victims, an offer declined by colony leaders. The MCCers heard women’s stories and met with the men in prison. They supported several colonies in setting up an addiction treatment centre. And they continued publishing a range of printed materials for colony Mennonites.

That response seemed understandably inadequate to some. But critics did not seem to have a clear vision of what more MCC could have actually done. Denunciation of colony leaders would have achieved little more than to isolate MCC from the colony. To remove women and girls, or somehow impose a new order, was not remotely practical nor morally plausible, in part because colony Mennonites tend to see outside Mennonites as worldly and assimilated, and thus lacking moral authority.

Different approaches/views on colony work
Evangelical groups working in Bolivia tend to view the colonies—which tend to be the most conservative Mennonite colonies in Latin America—as places of irredeemable spiritual darkness. This view means that they have no rapport with colony leaders and are not welcome on the colonies. They work with the people who leave. In response to the rape crisis, they could only work with the few who fled.

MCC takes a different approach. It respects the autonomy of colonies and, as per its modus operandi around the world, works at the invitation of locals. Taking a long view, it builds relationships, to the extent possible among the roughly 80,000 colony Mennonites in the country.

Former MCC Bolivia worker Wilmar Harder says that colony leaders “know what their issues are,” and “they know North Americans have their issues too.” The MCC intent is to walk alongside, recognizing the good in the colonies.

“It is unsatisfying,” admits Steve Plenert. “I wish we had more reach into the colonies.” Plenert was MCC co-director for Bolivia when I spoke with him in January. The cultural gap makes the work challenging. Plenert says Die Mennonitische Post, a German-language newspaper widely read on colonies throughout Latin America, is MCC’s best resource for this work, and he praises editor Kennert Giesbrecht for the relationships he has established.

Jack Heppner articulates an approach that neither dismisses the colony system outright nor accepts it unquestioningly. Heppner lived in Bolivia in the 1970s and ’90s, and visited again in 2009-10, at which time he independently investigated the rape crisis. The investigation led to a thorough report.

Colony views on church-state relations
In an interview, as in his report, Heppner says that the more-conservative colony Mennonites have replicated one of the key things early Anabaptists rejected: the church-state.

With considerable autonomy from Bolivian governments, colonies function nearly as mini-states, or mini church-states, considering that on many Bolivian colonies you need to be a member of the official colony church in order to live on the colony and participate in the economy. Church leaders (bishops) and civic leaders (vorsteas) rule in tandem. If you leave the church, you must leave the colony.

Not all Bolivian colonies, and certainly not all colonies elsewhere, adhere to this single-church approach.

As Heppner notes, in 16th-century Europe one had to belong to the church in order to marry, register children, find employment and, in many cases, to find safety. Anabaptists said church membership must be voluntary. This notion of a free church posed a profound threat to the societal order. Anabaptists of the 1500s died over this matter.

Heppner traces Mennonite church-state problems back to Russia, where Mennonites were given so much autonomy that they essentially had to create their own de facto governments, which in some cases came under the influence of bishops, who considered themselves the real leaders. Where there was only one church option, Heppner writes that the colonies “began to emulate the old church-state synthesis that Anabaptists had so vigorously opposed early on in their movement.” Heppner says that a certain spiritual nominalism and social devolution followed.

He says that, while the more-conservative colony Mennonites in Bolivia “sincerely think they are upholding the original Mennonite vision,” they are really upholding more-recent distortions. “To be fair,” he writes, “one also has to ask . . . how well the Anabaptist vision can be expressed in the context of a pervasive individualism in North America.”

“The deficiencies inherent in a church-state colony system cannot be ignored in our search for an appropriate response to the present crisis on the colonies in Bolivia,” Hepper writes. But he does not believe colony Mennonites should be urged to forsake their Mennonite ways and strip themselves of their Mennonite identity. Instead, colony members and leaders should be gently encouraged to reach further back into their Mennonite heritage, thus opening up an avenue to remain true to their heritage while also making room for change.

While Giesbrecht shares very favourable experiences of his visits to colonies, he says in response to Heppner’s analysis, that it is “absolutely true” that the colony system at colonies such as Manitoba, are “comparable to what Anabaptists left behind” in the 16th century. Giesbrecht notes that, on the colony he grew up on in Paraguay, there were distinct churches rather than a single official option.

Royden Loewen, who is Chair in Mennonite Studies at the University of Winnipeg, says the colony system, now and in Russia, has pros and cons. He says that there “are contradictions in that system” but adds that he is “not sure that there is something inherently dysfunctional about [it].”

He says it is not helpful to think that things like the rape scandal can be solved from the outside or in the short term. He also emphasizes the need for long-term relationships.

In the final article in this series, I will look at the most prominent effort to bring outsiders into the colony reality and to give voice to the extremely isolated women of Manitoba Colony. Miriam Toews’s new novel, Women Talking, raises key questions, intentionally or otherwise, about who speaks for whom, and how our own inescapably modern lenses complicate our ability to relate humbly with traditional members of the Mennonite family. 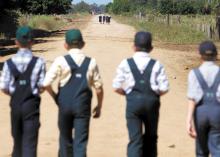 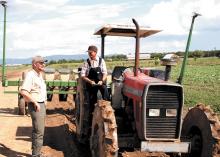 North American Mennonite churches are also dysfunctional. Who is going to lead who?