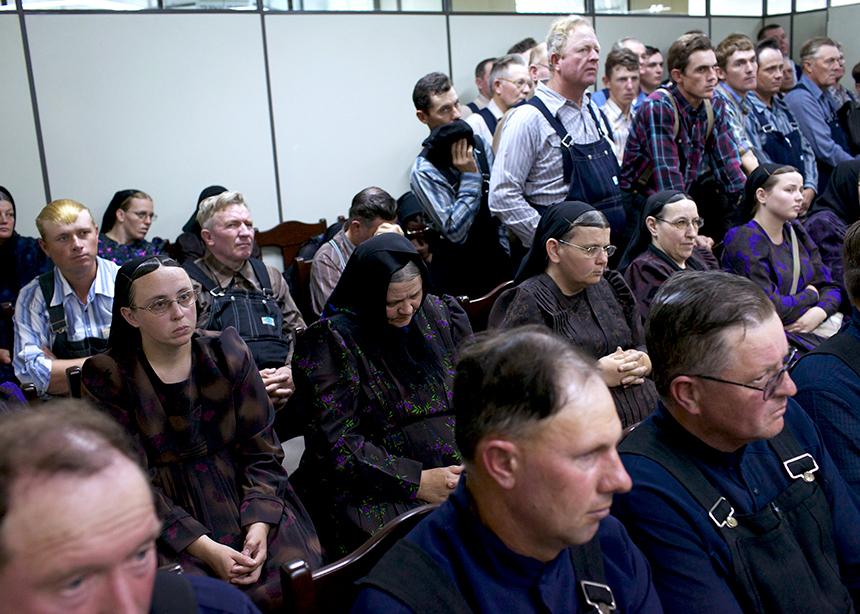 Mennonite families watch the rape trial in May 2011. After discovering the rapes, Manitoba Colony leaders considered locking the accused in shipping containers for years but eventually called in the Bolivia police. (Photo by Noah Friedman-Rudovsky noahfr.com)

Eight men went to prison, the media gaze moved on, and colony life resumed. But the saga of mass rape in the Bolivian corner of the Mennonite family of faith is far from over.

This supplement accompanies Part 4 of “Modern ghosts of a horse-drawn scandal,” a four-part series on the ongoing legacy of the ghost rape scandal on the Manitoba Colony in Bolivia. Canadian Mennonite does not endorse all the views presented in the links provided below but considers them significant aspects of the public record.

2011   In a single trial, seven men are sentenced to 25 years in prison for rape and one is sentenced to 12 years for supplying the spray

2017   An online campaign led by Henry Braun of Canada is launched. It advocates for the release of the men in prison, claiming they are innocent scapegoats

2018  One of the convicts—the supplier of the spray—is released on a legal technicality.
A second convict, whose parents both died during his time in prison and who was diagnosed with terminal cancer is also released, with strict conditions.
Miriam Toews releases Women Talking, a novel that is a "fictional response" to the ghost rape case

The men in the Palmasola prison: What is really true?

On January 5, 2018, “Die Mennonitische Post,” a Mennonite Central Committee publication popular in colonies throughout Latin America, published a report on the rapes. Following is a translation, by Katharina Nuss, of the German original.

Santa Cruz, Bolivia—In recent weeks and months a strong movement has developed, trying to restore the freedom of the ten men in the Palmasola prison in Bolivia. A number of people have sent around accounts by the men and boys in prison and have thus started this movement. Through this, the prisoners’ view of the situation has been heard more clearly than ever before. Many who have heard their accounts are now convinced of the prisoners’ innocence.

There are so many rumours and stories about this whole thing, that it can make anyone’s head spin. There is talk that some elders and leaders in the colonies will now try anything in their power to free those men. At least that is what people say. According to the men in prison, a number of those who were instrumental in convicting them at the time have since admitted to have “acted wrongly.”

If these men and boys who are now in prison suddenly should be found innocent, the questions arise: who is responsible for the rapes? Or were they trying to prove something in court that was not actually as bad as people claimed at the time? Or were others involved in the rapes? So many questions that suddenly seem unanswered.

In June 22, 2009, the ten Mennonite men and boys were sentenced to 25 years in prison. Some of them had been held in the colonies before that. So they have been in captivity for almost nine years. If even one of these men is innocent, then the Bolivian justice system failed them.

Of the ten convicted men and boys, nine are together in the same area of the prison. They see each other almost on a daily basis and spend a lot of time together. Peter Wiebe even has his wife there with him, in prison. During the day, they often work in a carpentry shop where they can make things that they can then sell.

The Palmasola prison is a large compound of approximately 30 hectares. The men are allowed to move around the courtyard and are not completely confined to their cells. Still, they are in captivity and would like to regain their freedom. 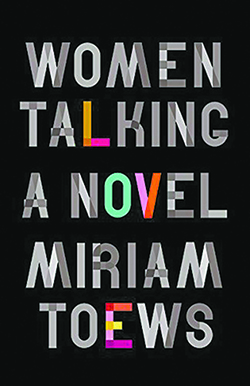 Major media outlets have had much to say about it:

They've been called 'the ghost rapes of Bolivia' (CBC) 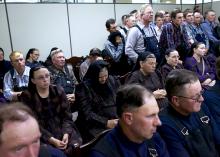 Mennonite families watch the rape trial in May 2011. After discovering the rapes, Manitoba Colony leaders considered locking the accused in shipping containers for years but eventually called in the Bolivia police. (Photo by Noah Friedman-Rudovsky noahfr.com)