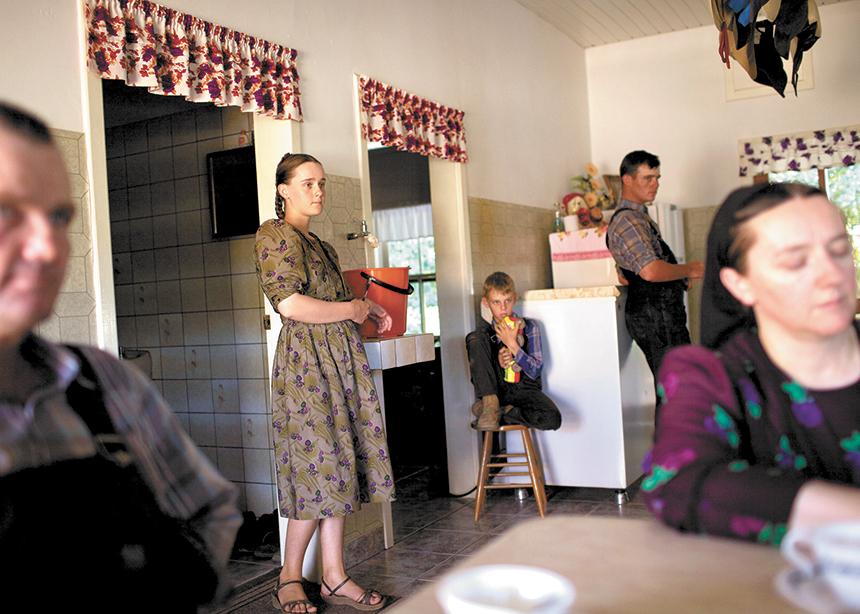 Abram Wall Enns, left, was the civic leader of the Manitoba Colony when rape stories first emerged. He wishes the leaders would have acted sooner. (Photo by Noah Friedman-Rudovsky noahfr.com)

Eight men went to prison, the media gaze moved on, and colony life resumed. But the saga of mass rape in the Bolivian corner of our family of faith is far from over.

According to the official version, seven Mennonite men drugged and raped more than 130 women and girls on the Manitoba Colony in Bolivia between 2005 and 2009. In 2011, they were sentenced to 25 years in prison. Another man was sentenced to 12 years for providing the anesthetic spray that rendered families unconscious, making way for the perpetrators.

The unofficial version is more complicated: an unreliable justice system, accounts of forced confessions, doubt about whether the right men are in prison, reports of ongoing assaults, and unanswered questions about the well-being of the victims.

Whatever the version of events, they evoke images from another time and place: women in kerchiefs, men in schlaubbekjsen (bib-overalls), and horse-drawn buggies plodding along dusty forest-lined roads. But how do our perceptions of Bolivian colony Mennonites square with reality? And, just as importantly, what are their perceptions of us?

First, there are many differences between colonies in different places. Generalization is dangerous. That said, in the tangled path of Mennonite migrations, Bolivia is the final stop on the flight from “the world,” home to the most conservative of the most conservative. Most of the 80-plus colonies in Bolivia, which are home to roughly 80,000 Mennonites, are very traditional.

According to numerous people I spoke with, colonies such as the Manitoba Colony place immense value on resisting change. Formal education is de-emphasized, contact with the outside limited, and the ordnunk (set of rules) is dominant. If former generations did not need rubber tires on tractors, why, they ask, should the current generation try to one-up them?

Impressions of the colonies vary drastically. Some people see them as irredeemable cultural and spiritual black holes. Evangelistic groups working with people who have left the colonies tend toward this view.

Distorted view
But Kennert Giesbrecht says that if you listen only to the stories of those who have left, you arrive at a distorted view. He estimates that about 5 percent of colony members leave.

Giesbrecht is the long-time editor of Die Mennonitische Post, a newspaper popular among colonies throughout Latin America. It falls under the auspices of Mennonite Central Committee (MCC). Arising from Giesbrecht's work and dozens of trips to colonies, his knowledge about them and his rapport among their members is unequalled.

Giesbrecht does not dismiss negative aspects of colony life nor does he downplay the horrific rape cases; he has spoken with the bishop and others from Manitoba Colony. He also cannot dismiss his own overwhelmingly positive experiences. He speaks with affection about staying in people’s homes and talking late into the evening.

Giesbrecht grew up on the Menno Colony in Paraguay—quite different from Bolivian colonies—and now lives in Steinbach, Man. He says that, while he has not returned to colony life himself, he understands the appeal. A lot of people do like it, he says.

In a phone interview, American photographer Noah Friedman-Rudovsky described the people of Manitoba Colony as initially “suspicious,” but ultimately “humble” and “very welcoming in many ways.” In 2013, he and his journalist sister Jean stayed for several days in the home of Abram Wall Enns, who was the civic leader of the Manitoba Colony from 2003 to 2009. The duo were there working on an article and short documentary for Vice Media. Noah says that, while Enns was hesitant to talk at first, it soon became clear he was eager to share his story. In an earlier article for Time magazine, Jean reported that Enns had conceded that leaders had been slow to act on the rape accounts, adding through tears, “but we didn't know who was doing it.”

The image of a colony leader welcoming outside journalists and speaking emotionally with them contradicts stereotypes of rigidity and contempt for the world, but it aligns with other accounts I heard.

Jack Heppner lived in Bolivia in the mid-1970s and early ’90s. He returned in 2009, between the time of the arrests and trials of the accused men. During that two-month visit with his son and daughter-in-law, who were working with MCC in Bolivia at the time, Heppner investigated the “ghost rape” case, in part at the urging of MCC personnel. He visited Bishop Neudorf of the Manitoba Colony and the men in prison, as well as many others with relevant knowledge.

Heppner is not among those who categorically dismiss colony ways or dwell on sordid accounts. But in an interview he expressed serious concern about control exerted by colony structures, effects of creating an insular realm, and disturbing sexual behaviour.

Heppner said alcohol abuse and sexual promiscuity are problems among youth on colonies, something he said the leaders he spoke with did not deny. He mentioned accounts of incest and of men frequenting prostitutes in the nearby city of Santa Cruz. “Everyone knows it,” he said, “but no one talks about it.” And most women cannot ask their husbands where they are going. It is just not done.

Other than court documents from the “ghost rape” case, there is no verifiable, broader-picture information about the extent of sexual misconduct in Bolivian colonies. The information is all anecdotal. And, as colony defenders are quick to note, sexual misconduct is hardly unique to colony Mennonites. Still, given the numbers of women and girls violated at the Manitoba Colony, it seems irresponsible to ignore accounts of grave problems.

Logs and specks
But Wilmar Harder—who was co-coordinator of the Low German Mennonite Program of MCC Bolivia when the trial took place—raised a question that rings in my ears: "Who tells the story and why?"

This caution led me to reverse the gaze. How do colony Mennonites see us?

Quoting colony people, Giesbrecht used the term “met aules metgonnen.” That is, we North American Mennonites go along with everything, melding into an individualist, materialistic society, blindly accepting virtually any new technology.

They have a point. When it comes to environmental impact, simplicity and the haunting ubiquity of screen culture, they are the enlightened ones. By far. They might even say that we have been sucked into an irredeemable cultural and spiritual black hole.

Bolivian colony Mennonites view Canada as the worldly place that their faithful forebears left, while the assimilationists stayed behind.

Harder, who has witnessed many interactions between colony Mennonites and mainstream visitors, said, "Colony people can sense when they are being talked down to. . . . They make jokes about it."

What interactions happened across this cultural divide at the time of the rapes, and since? That will be the focus of Part III in this series. Then, in the final article, I will circle back to Harder's cautionary question about who tells the story and why, including discussion of Miriam Toews’s acclaimed new novel about the Bolivian rape case. 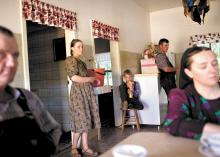 Abram Wall Enns, left, was the civic leader of the Manitoba Colony when rape stories first emerged. He wishes the leaders would have acted sooner. (Photo by Noah Friedman-Rudovsky noahfr.com) 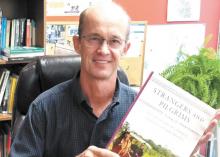 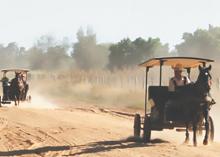 The Manitoba Colony in eastern Bolivia. (Photo by Kennert Giesbrecht)