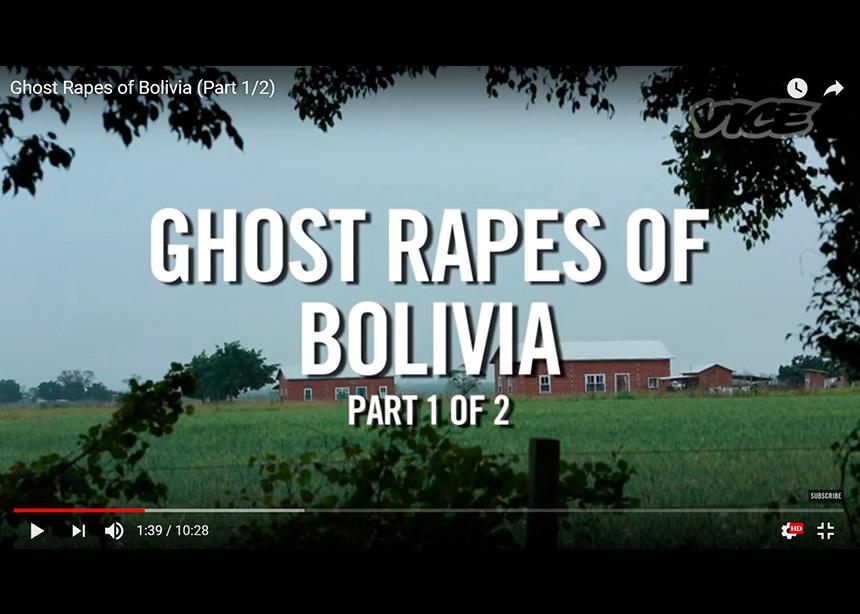 The documentary Ghost Rapes of Bolivia was produced in 2013 for Vice Media. See the link below.

Eight men went to prison, the media gaze moved on, and colony life resumed. But the saga of mass rape in the Bolivian corner of the Mennonite family of faith is far from over.

This supplement accompanies Part 1 of “Modern ghosts of a horse-drawn scandal,” a four-part series on the ongoing legacy of the ghost rape scandal on the Manitoba Colony in Bolivia. Canadian Mennonite does not endorse all the views presented in the links provided below but considers them significant aspects of the public record.

To hear first-hand from victims of the so-called ghost rapes, watch Ghost Rapes of Bolivia, the 25-min. documentary produced by Jean and Noah Friedman-Rudovsky in 2013 for Vice Media. This is a rare and sensitive effort to hear directly from the women at the centre of the crisis.

The Friedman-Rudovsky team also produced a feature-length article for Vice. Read it here.

Jean Friedman-Rudovsky wrote about the rapes for Time, in 2011. 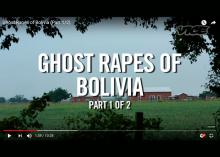 The documentary Ghost Rapes of Bolivia was produced in 2013 for Vice Media. See the link below.