A life-long journey for freedom 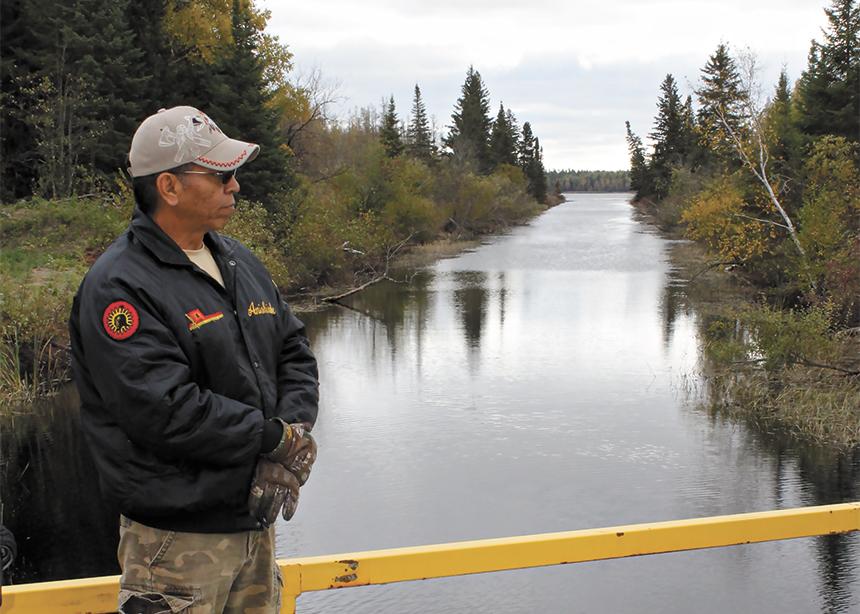 Daryl Redsky of the Shoal Lake 40 First Nation stands on a temporary bridge over the man-made channel that used to isolate his community but has now been replaced by Freedom Road. (2014 file photo by Will Braun)

For the first time in more than a century, the isolated island of Shoal Lake 40 First Nation is now connected to the rest of mainland Canada.

The Indigenous community, located on the Manitoba-Ontario border, just celebrated the official opening of Freedom Road, a 24-kilometre, all-season road that links to the mainland via the Trans-Canada Highway.

Shoal Lake 40 held four days of celebrations and feasts at the beginning of June to commemorate the new road and the opportunities it brings.

In 1919, the City of Winnipeg finished constructing a 163-kilometre aqueduct to transport water from Shoal Lake to Winnipeg. Klaas W. Brandt, a member of the Evangelical Mennonite Brethren (Bruderthaler) Church, built a 55-tonne walking dredge with his brother-in-law, Klaas R. Friesen, to make the construction possible.

An impressive engineering feat for its time, the dredge could cross swampy terrain that traditional excavation equipment couldn’t. With a large shovel, the machine dug a trench for the concrete pipeline. He completed his work on the project after four years. The aqueduct has sourced Winnipeg’s drinking water ever since.

But while the city celebrated this significant milestone of progress, Shoal Lake 40 was beginning what would be a century of injustice and the struggle to rectify it.

To make room for the building of the aqueduct, First Nation members were removed from their land and relocated to a peninsular area of their reserve. The city then proceeded to build a canal across the community’s only access to the mainland, cutting it off and making the community an island. The only way to travel outside the community and meet everyday needs like buying groceries was on a barge in the summer, which often broke down, or on treacherous ice roads across the lake in the winter.

While Winnipeggers can turn on a tap and instantly drink clean water, Shoal Lake 40 residents have lived under a boil-water advisory for more than 20 years due to inadequate water-treatment facilities, relying on imported bottled water.

“Every time a Winnipegger turn[s] on their tap there [is] a direct connection. This is coming from Shoal Lake 40, and our gain has been their tremendous loss,” says Dorothy Fontaine, Mennonite Church Manitoba’s director of mission.

Fontaine attended the celebrations for Freedom Road. She says that despite all the tragedy the community has experienced, the day was one of beautiful celebration, consisting of speeches by politicians and allies, and several hours of storytelling by members of the community, followed by an evening of music by Indigenous artists.

Many Shoal Lake 40 members repeatedly said how great it is to be connected to the mainland and the people and resources there, Fontaine says. And the feeling is mutual. “The folks of Shoal Lake 40 are so warm, so wonderful and so inviting, one of the true gifts of Freedom Road is that the mainland can connect with them,” she says. “There’s much for us to learn. This relationship really will be a blessing to Winnipeg and the community beyond.”

Freedom Road means a lot to the people of Shoal Lake 40. “It means everything to me,” says Angelina McLeod, an off-reserve member who has been involved in advocacy for Freedom Road. “It means no more hardships for the community, it means hope for the future, hope for the youth.”

McLeod grew up in Shoal Lake 40 but moved away when she was 14 and now lives in Winnipeg. She is releasing a series of five films this fall through the National Film Board, entitled The Freedom Road Series, about the journey to Freedom Road and the experiences of the people of Shoal Lake 40.

“We’re going to be having a new school and more jobs and more opportunities outside of the community,” she says. The plans for a water treatment facility are also in progress once again.

Although it might feel tempting to say the work is done, that’s far from the truth, says Jeff Friesen, associate pastor of Charleswood Mennonite Church in Winnipeg and a member of Friends of Shoal Lake 40: “The biggest task of people living in Winnipeg is to push back against the temptation to see this as a firm ending of the story of Winnipeg and Shoal Lake 40.”

A few specific things need to happen in Winnipeg, he says. There are numerous monuments across the city commemorating the aqueduct, and not one of them recognize Shoal Lake 40. Political pressure needs to be applied so this is corrected.

People can also push the Canadian Museum of Human Rights to properly acknowledge where Winnipeggers’ water comes from: a community whose rights have been infringed on for a century.

McLeod says people should know that Shoal Lake 40 “still has no clean drinking water. It’s pretty bad out there.”

In fact, as of July 3, 2019, 58 long-term drinking water advisories still exist on First Nations across Canada, according to the Government of Canada. 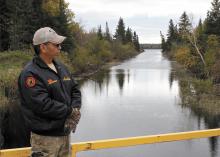 Daryl Redsky of the Shoal Lake 40 First Nation stands on a temporary bridge over the man-made channel that used to isolate his community but has now been replaced by Freedom Road. (2014 file photo by Will Braun) 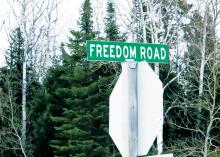 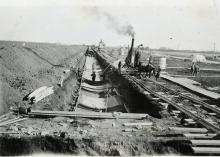 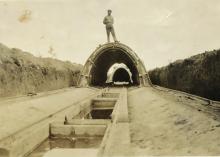 A worker stands on an incomplete section of the Greater Winnipeg Water District aqueduct. (Photo courtesy of the Mennonite Heritage Archives) 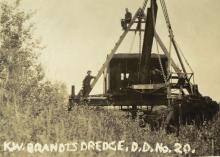 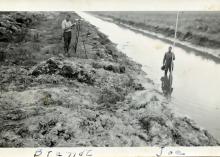