In court with ‘Clifford’ 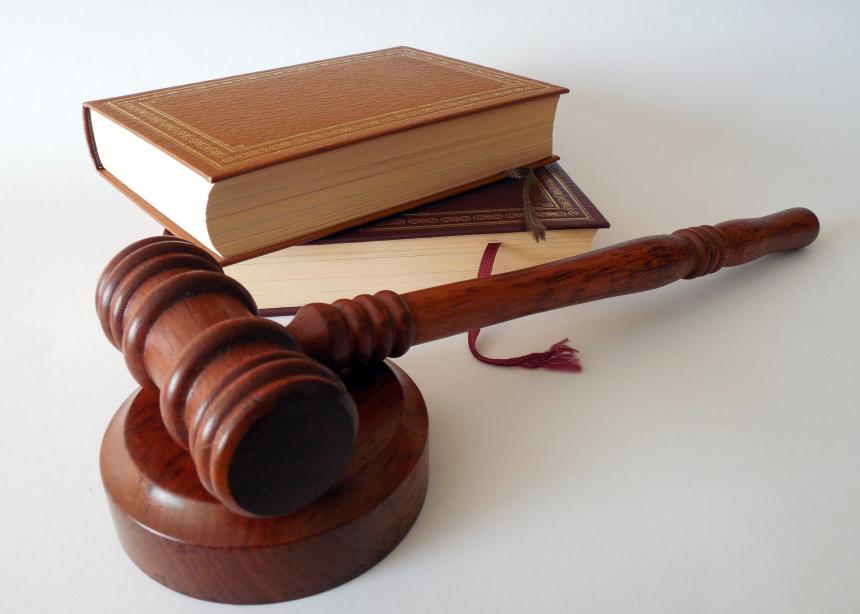 'In a bleak setting, I was given a glimpse of compassion, determination and hope.' (Image by succo/Pixabay)

Recently, I attended a provincial court session. A released offender friend, “Clifford” (a pseudonym), had messed up rather significantly. It wasn’t a violent offence, but it was the third breach of his conditions. It was a reasonable assumption that the system would not see Clifford’s actions as “cute.”

It had been a while. The business part of the courtroom was as I had remembered, or had imagined. New to me was a structure that looked for all the world like a dated china cabinet, complete with tall glass frontage. Except that this china cabinet ran the length of the court area, about 10 metres. It took a moment to realize that this is the best system we can conjure for herding incarcerated people in and out, while keeping them physically separate from the court officials and staff. If an offender wished a conversation with his lawyer, both had to bend over indecorously to where there were small holes in the china-cabinet glass.

All those who appeared in the china-cabinet windows throughout the morning sessions looked incredibly broken. Although the court proceedings showed little enthusiasm for providing audio to the gathered visitors, the words “drugs” and “alcohol” were repeated often enough to be recognizable.

A break in the morning had five of us—all with connections to Clifford—in a circle. Two of us were volunteer supports for Clifford, one was a Restorative Justice staff person, and two others were Clifford’s stepfather and sister. I had not met them before. As we chatted, a lawyer who was passing heard Clifford’s name. “Oh, you’re here for Clifford? So am I. Let’s go talk in the hall!”

I assume the lawyer was a legal-aid appointee. She asked us what we could tell her that would be useful information for the court to hear.

Clifford’s sister, “Sharon” (a pseudonym) spoke up passionately. She wanted the court to know more about Clifford’s formational years: the abuse, the addictions around him in the family home, the fact that no one had ever offered solutions or programs beyond incarceration. Sharon was angry, and it was clear that her passion was rooted in her concern for her younger brother. In her words, beyond the passion and desperation, I sensed a deep wisdom that grew out of her determination to improve the lot of anyone who qualified as family. When we asked her how we, as volunteers, could usefully support Clifford, her suggestions were striking. Sharon knew her stuff.

We returned to the courtroom, and when Clifford’s case was finally called up, the defence lawyer leaned into her role with gusto. When challenged by the prosecutor or the judge, she spoke with determination. More astounding, I could actually hear her words.

The ruling came back as favourable as could be hoped for. Sharon communicated with Clifford through the china-cabinet glass until he was led away. As we moved out of the room, she shook hands with the lawyer, thanked her and acknowledged that it had gone pretty well. Clifford would serve some months in provincial jail but would be offered a program that would allow him to be released daily to his roofing job in the city.

I moved to Sharon, suggested that perhaps she should consider a role as a counsellor. She laughed, and told me that she was fully focussed on being a kokum (a Cree word for grandmother) for her grandchildren.

In a bleak setting, in a confusing interpretation of justice, I was given a glimpse of compassion, determination and hope. It was unplanned, unexpected. Holy stuff usually comes that way.

Ed Olfert (p2pheo@sasktel.net) ministers, and is ministered to, in Saskatchewan.

Read more In the Image columns by Ed Olfert:
Holiness doesn't demand perfection
A friend tells a story
'I think I saw yellow'
'What's he doing out there?'
A washroom smelling of stale beer 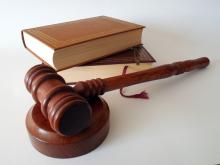 'In a bleak setting, I was given a glimpse of compassion, determination and hope.' (Image by succo/Pixabay)