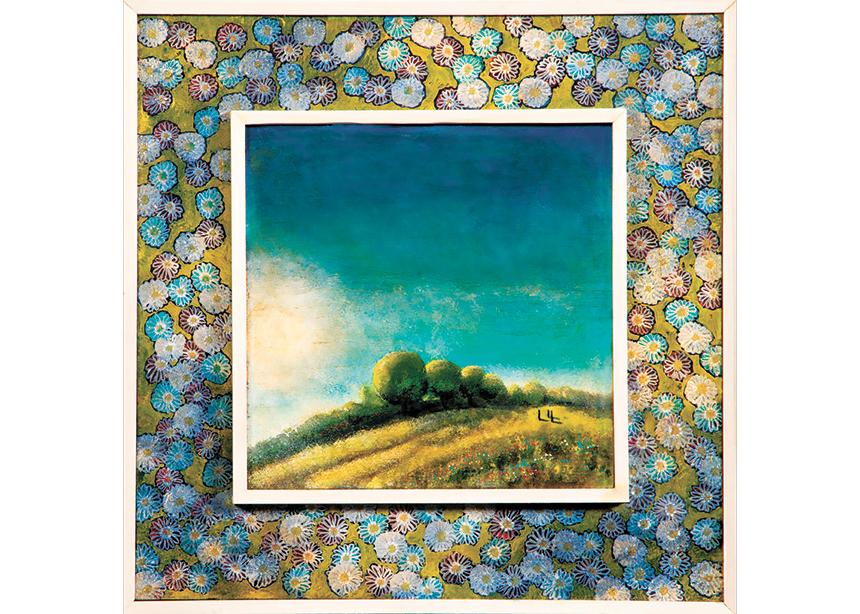 The Langham, Sask., artist says that when she looked up the etymology of “dynamite,” she learned that the prefix “dyna” describes “something with the potential for an explosion of energy,” while the word “mite” describes something very small.

In a way, this is how Wiebe sees herself, as a small individual with the potential for a big explosion of energy.

Wiebe spent most of her growing-up years in Regina, where her family attended Grace Mennonite Church. She recalls singing four-part harmony with her three older sisters in church.

She says her parents neither encouraged—nor discouraged—her artistic endeavours, but she remembers, “I was always doing something creative.”

Wiebe’s post-secondary education includes degrees in music, arts education, painting and interior design. To that she has added life experience as a schoolteacher, a volunteer with Mennonite Central Committee in Bangladesh, a mother of two sons, and a farm wife.

In spite of all that, Wiebe wasn’t always sure what she wanted to do. “I was muckin’ around,” she says, “with not really a clear sense of what I was supposed to be doing.” She admits to feeling frustrated.

Mennonite Church Canada’s Assembly 2016, held in Saskatoon, changed all that. At assembly, Winnipeg artist Ray Dirks curated a show on the theme: “God-Faith-People.” She recalls thinking, “What does it mean to be a follower of Jesus, or to be the body of Christ?” She remembers learning that the Greek word ecclesia, translated into English as “church,” doesn’t refer to a building, but to “people who have one mind, and have worked together.”

Wiebe created a painting for that art show but was also asked if she would design visuals for the whole assembly. In response, she did five paintings, which were projected as backdrops during worship times.

The first painting featured a church building in the corner of a vast landscape. “I felt like God’s hand was on my hand,” she says. The very last thing she added were tiny marks representing people, and she painted them leaving the church building and walking toward the setting sun.

“When I added those little tiny marks, it felt like this,” she says, striking her chest with her fist. “It was visceral.”

The name of the painting—“Called Out”—became the name of the series of five. “All five paintings were purchased before I even got to the [assembly],” she says, “and I sold a whole whack of prints during [assembly] as well.” The sales affirmed for Wiebe that she was on the right path. “This is what started the journey I’m on,” she says.

Some time later, Wiebe discovered Christian artist Matt Tommey online. His website offered a 30-day art challenge. “Every day you would get a prompt and create a piece of art,” she remembers. “Things just started to happen. I created a ton of work.”

Wiebe’s self-described obsession with landscape grows from her context of life on a farm in rural Saskatchewan. Each landscape she paints includes at least one little person. “Every time I make that mark, it goes like this,” Wiebe admits, again striking her chest with her fist. “It’s a grounding. In the big scheme of things we’re like this,” she says, holding forefinger and thumb close together to indicate smallness, “and our problems are like this.”

To Wiebe, the human connections she makes through showing or selling her paintings are very important. At a show in Airdrie, Alta., she struck up a conversation with a young woman. “I could see she really liked my stuff. She [told] me how she’d lost her job and was looking after her mother, and she started to cry,” Wiebe says. “I listened and encouraged her.” Looking back, Wiebe thinks, “Maybe that’s why I needed to go there.”

Wiebe will soon have plenty of opportunity to encourage others, as she has begun teaching classes. An upcoming class will see mothers and tots creating art together.

One morning in church, Wiebe says she found herself praying, “God, thank you for bringing me back to myself.” Little by little, she feels God has been “taking back [my] misconceptions about who I am,” and saying to her, “ ‘No, Val, it’s not like this, it’s like this!’”

Wiebe is happy with where her life as an artist is going, but, more importantly, she says, “I’m excited about my faith!"

This article appears in the Oct. 28, 2019 print issue, with the headline "Exploding with creativity." 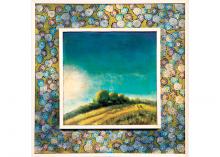 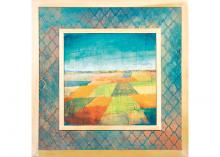 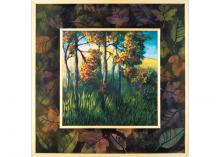 Valerie Wiebe's story is similar to mine. It is amazing once we realize how the Lord uses us to help others and vice versa.