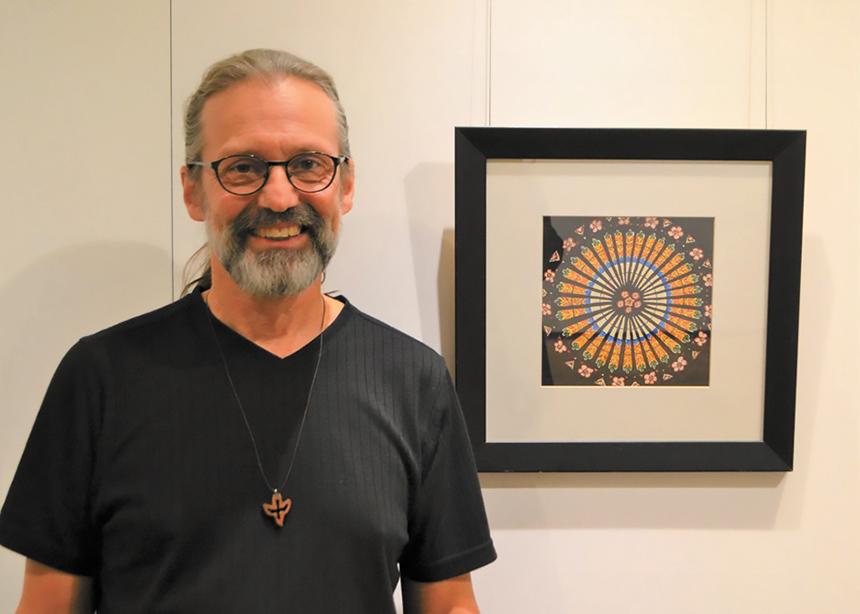 Brandt said that he has always enjoyed being creative through writing, visual arts and sculpture, but in adulthood some of those creative outlets took a backseat to family and career responsibilities.

“A few years ago, a traumatic event in my life triggered my anxiety and depression, and I had to take a partial medical leave,” he says. “One of my therapeutic activities was taking up watercolour painting after more than 20 years of dormancy.”

His therapist had suggested doing Sudoku puzzles, but Brandt admits that he doesn’t care for numbers, so he turned to painting because “it slows me down.”

A professor of spiritual formation at Columbia, Brandt teaches Anabaptist history and thought. His visits to European sites central to 16th-century Anabaptist history inspired this collection of artwork. He says the medium of water-colour painting was especially appropriate because “the central act of the movement was believer’s water baptism.”

The collection was a year in the making, with Brandt working from his own photographs. Of the images he chose to reproduce on canvas, he says they were “the places that moved me.”

The sites depicted include the presumed site of the first Anabaptist baptism and martyrdom in Zurich, Switzerland; the church in Pingjum, the Netherlands, where Menno Simons had been a priest; and the site of the Anabaptist uprising in Münster, Germany.

Brandt describes his style as “simple folk art” in keeping with the Anabaptist value of simplicity.

The “Stories of the Anabaptists” collection is on display at Mennonite Heritage Museum until Nov. 1. 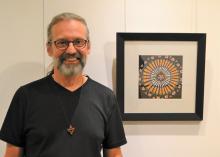 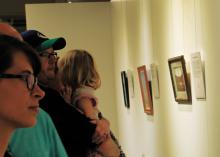 Patrons at Mennonite Heritage Museum view the paintings of Gareth Brandt depicting ‘Stories of the Anabaptists’ that are on display through Nov. 1. (Photo by Amy Rinner Waddell) 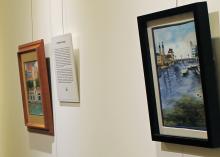 Paintings of Gareth Brandt depicting ‘Stories of the Anabaptists’ that are on display through Nov. 1. (Photo by Amy Rinner Waddell)