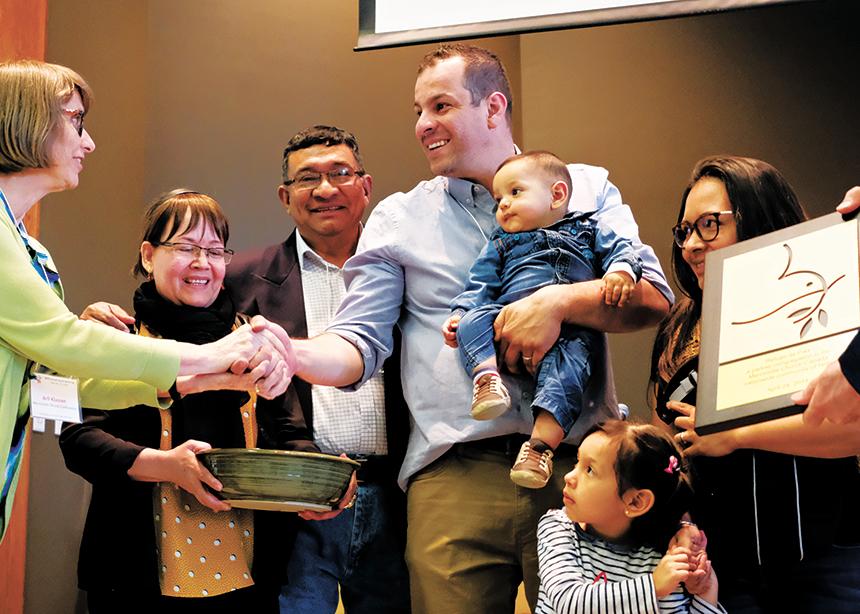 Representatives of 107 congregations from Ontario, Quebec and New Brunswick gathered at Steinmann Mennonite Church for Mennonite Church Eastern Canada’s annual church gathering on April 26 and 27, framed around the theme of “Deepening our relationship with God.”

There were opportunities to sing and pray, eat and socialize, listen and share, reflect, discern and make decisions. According to David Martin, the regional church’s executive minister, “It’s all worship,” as delegates look for and name God’s mission and vision in all the church does.

April Yamasaki, writer and pastor from British Columbia, used Psalm 27 to explore what a deeper relationship with God might look like. Noting the direct language in the psalm, she encouraged people to come to God just as they are in days of trouble as well as when things are going well. It is not enough to talk about God, like in the first six verses of the psalm, but it is also important to dialogue with God, like in the remaining verses. The psalm leaves room for lamenting and waiting for God’s timing, but in the end it moves to a place of trust in God.

Worship leaders Mike Erb and Anneli Loepp Thiessen, part of the team developing Voices Together, a new collection of songs and worship resources for Mennonite churches, led singing from this collection, with support from an ensemble of musicians.

MC Eastern Canada staff and volunteers celebrated being in church together and the many ways God is at work among and through them.

Gratitude and prayers of blessing were offered to Brian Bauman, MC Eastern Canada’s mission minister for 16 years, who plans to retire in December. Bauman helped to sharpen mission priorities of making disciples, planting churches, welcoming new Canadian churches and working alongside marginalized communities. He encouraged calling leaders out of these communities and shifting toward a perspective of “mission with” instead of “mission to.”

Norm Dyck was introduced and blessed as the new mission minister. His passion and experience in disciple-making and cross-cultural relationships were highlighted. Currently serving as mission engagement minister with the regional church, Dyck called for “truly reciprocal relationships,” recognizing that “God is already present and active in communities, neighbourhoods and street corners.”

This is the first full year of the restructured relationship between the five regional church bodies and MC Canada, with emphasis on the local congregation as the foundational body for worship, nurture and mission. Living into the new structure is still a work-in-progress, but Henry Paetkau, interim executive minister of MC Canada, cited improved communications and stronger regional churches as early benefits.

Jason Martin, director of International Witness for MC Canada, reassured delegates that International Witness work continues despite funding changes. He clarified that at least half comes through “relational funding” generated by Witness Support Teams that form relationships with workers, generate financial support from local churches, and offer advocacy and communication links. The remainder comes from MC Canada. He also showed a video introducing several workers and what they do.

Sean East, MC Eastern Canada’s financial manager, noted that balancing the books for last year meant drawing on revenues from special funds, something that won’t be possible in the future, as those funds will be depleted. He presented a $2.3 million budget for the coming year, explaining that due to a $100,000 decline in undesignated contributions from churches to the operations of the regional church last year—part of a half-million-dollar decline in the past decade—some cuts will be made this year to external partners, like camps and schools, and some administrative staff time. Delegates approved the proposed budget.

Lehn Epp’s contract was extended for another year, in part to lead a youth ministry “dream team” in a year of discernment and living into what this proposition means. Lehn Epp said, “We lit a fire, and we won’t let it go out.” 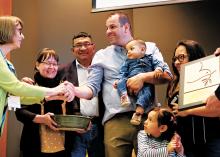 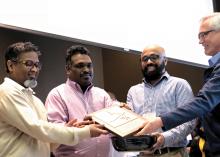