An enemy of hope 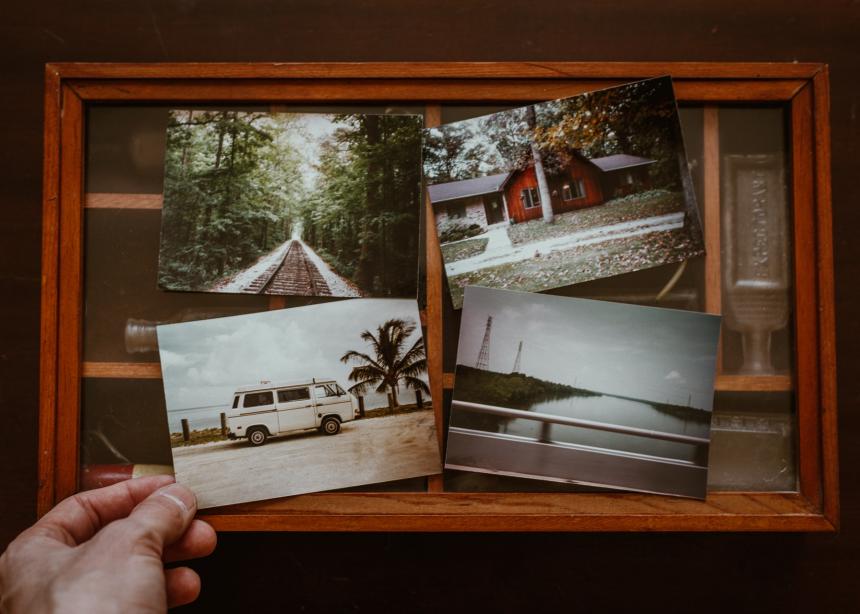 'Nostalgia is an enemy of hope...' (Photo by Josh Hild/Unsplash)

Three years after graduating from Bible college on the prairies, I returned for a one-week complimentary alumni seminary course. I was excited to be back in the classroom again, but if I’m completely honest, I was just as, if not more, excited to return to a place that held so many good memories.

We spent the week with friends in the very same basement apartment we had once lived in. Over the week I did the required classes and homework, but we also made time to visit people and places.

I’m glad we went; it was really good to see people again. But it was good for another reason too. In such a transient place as a little Bible college community, three years is a lifetime. Although the profs were mostly the same and the buildings hadn’t changed much, most of our friends and the community we had established while there had moved on, just like we had. Although the trip had quenched my nostalgia, I still needed to grieve a loss.

It wasn’t the same anymore.

I recently watched the movie, The Age of Adeline, about a woman whose body is stuck at age 29 though she’s lived over 100 years. She experiences the world age around her while she remains the same. Because of this, she distances herself relationally from everyone and relocates with a new identity every ten years to avoid suspicion. At one point she runs into an old lover whom she had deserted. He is now a senior and she is still 29.

The situation pummeled my emotions. We often wish we didn’t have to age and change, but how devastating it would be if we didn’t while everyone around us did. There is immense beauty in growing old. She still looked exactly the same, but her old lover had grown and aged.

He wasn’t the same anymore.

In Ezra 3, the people of Israel have returned to Jerusalem to rebuild the altar and the Temple of the Lord. When they laid the foundation of the Temple, all the people celebrated and praised God. But amidst the cries of joy there were some who were wailing and weeping when they saw the foundation laid. Most people had never been there to see Jerusalem before, for they had been 70 years in exile, but the oldest among them remembered. They had been there before, they remembered what that place once was, the glory it held. All those years they had held a memory of the Temple and now, seeing the new foundation, they were struck with emotion, with grief and lament and a sad nostalgia, and they wept.

The Temple wasn’t the same anymore.

What do we do when something isn’t the same anymore? Returning to find that, while we were off somewhere else, the thing we loved has changed can be incredibly painful and difficult. And even more difficult can be when the new thing we see as a painful reminder of an old thing is celebrated as good by those who have no memory of the old thing. It can be a lonely place and lament is needed. But we also can’t stay there.

Nostalgia is an enemy of hope. We need to grieve what we have lost, but we also need to somehow continue to step into hope, move into what is and beyond what was. We hold our dear memories, cherish them, grieve their loss, but we can’t let them hold us from entering into what is now, who and what we are surrounded by now.

May things that are not the same be grieved but not become shackles keeping us from entering into the now and the new memories and blessings that the present might have to offer us.

Joshua Penfold (penfoldjoshua@gmail.com) is a member of Tavistock Mennonite Church.

Read more Tales from the Unending Story:
Making it personal
Discovering my dross
False false prophets
Whoever has a nose, let them smell
Matters of life and death

'Nostalgia is an enemy of hope...' (Photo by Josh Hild/Unsplash)