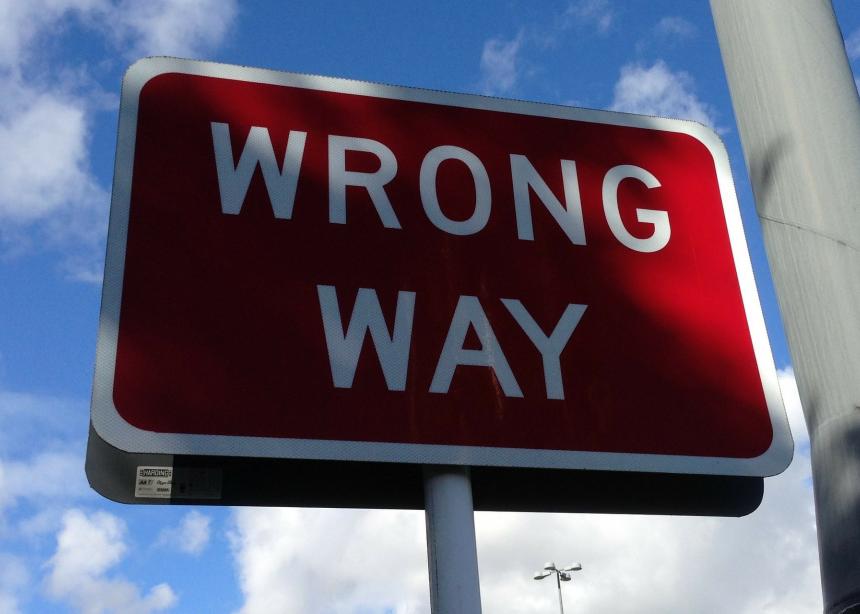 Are you ever afraid to say something because it might not be the popular opinion? Do you struggle to muster the courage to speak out within your congregation because you’re worried you’ll offend someone’s well-intentioned but misinformed idea? Do you need encouragement to speak the truth in love, accepting the risk of having the things that were once held together by your silence be torn apart by speaking up?

Read the prophets, or maybe don’t. They had a tough job as God’s mouthpiece to the people, speaking the unpopular truth. Often, it wasn’t well received.

As I’ve journeyed through Scripture, I’ve found warnings about false prophets: “Do not listen to what the prophets are prophesying to you; they fill you with false hopes. They speak visions from their own minds, not from the mouth of the Lord” (Jeremiah 23:16).

The false prophets were often more palatable; they had an easier time keeping their jobs because they said what people wanted to hear. They gave false hope and encouraged people to continue in their sinful ways with the delusion that their sin was okay.

True prophets were far less likable, speaking hard truths that made you squirm in your seat because their message was convicting, difficult and true.

So I was surprised when I read the guest editorial from by the Global Anabaptist Health Network on page 2 of the May 10 issue that states:

“As members of the health-care community and as Christians, we recognize the fear and uncertainty. It is tempting to fuel these feelings with falsehood and sensational narratives of conspiracy. False stories gain our attention and grab our hearts like the words of false prophets. We should be careful not to bear false witness (Exodus 20:16).”

But false prophets don’t gain our attention and grab our hearts; they soothe us and make us feel better about what we’re already doing. In Scripture, a false prophet’s message usually fell in line with the corrupted and sinful rulers. The true prophet’s message was an unpopular, honest message that the majority found distasteful and sensational. It was true, even if the people didn’t want to hear it, and it stirred up trouble for them.

The use of false prophets in comparison to COVID-19 conspiracists is a confusing, misused metaphor that misrepresents Scripture. It would actually better follow the biblical image to compare false prophets to the trusted professional opinion of the majority endorsing the vaccine.

Please do not misunderstand me. I am not discouraging vaccines or listening to professional opinions. I have received my first shot and follow public-health guidelines. I support and affirm the statement from Mennonite World Conference. What I am concerned about is the article’s muddied use of the false-prophet image. False prophets in Scripture were the opposite of sensational; that’s why they were so dangerous.

Regardless of where one lands on the vaccine issue, what is sorely missing is constructive conflict between differing camps. Jesus was fantastic at fostering community amid the most dynamically different people; his disciples consisted of tax collectors, Zealots, prostitutes, Pharisees and fishermen. We, the church, are to embody this conflicting unity.

The punishment for false prophets was death. Let’s not demonize those who think differently, even wrongly, wherever you stand. But let’s learn to disagree enthusiastically, so that, as a song from The Brilliance says: “When I look into the face of my enemy, I see my brother, I see my sister.” Then our humanity may be reconciled and our family expanded through grace.

Nobody wants to be a prophet. It can be dangerous to speak the truth, even when it’s spoken in love.

Joshua Penfold (penfoldjoshua@gmail.com) is afraid to publish this.

Read more Tales from the Unending Story:
Whoever has a nose, let them smell
Matters of life and death
Like an adult on a spinning teacup
Living in the middle
Launched into oblivion