A difficulty for all of us 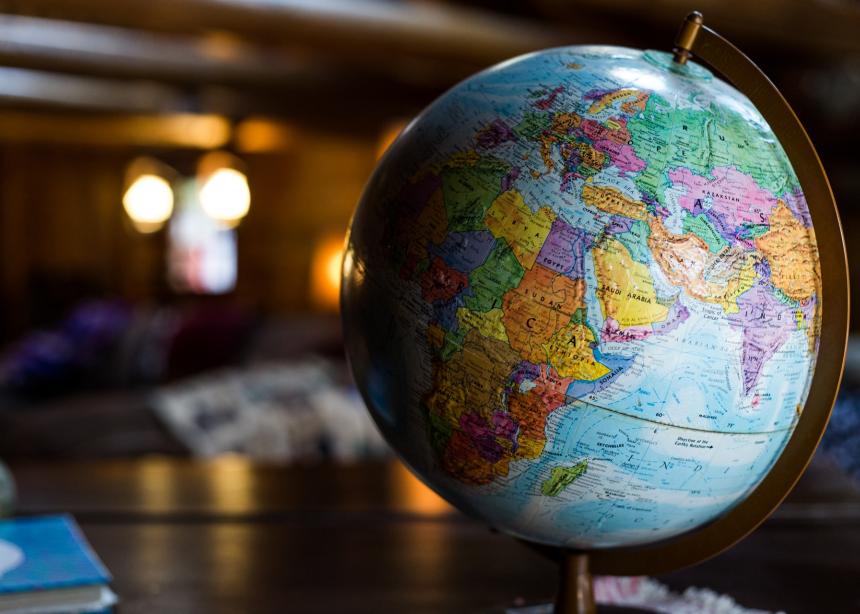 War seems close to home for many of us when it hits Ukraine. My paternal grandparents (and my husband’s) fled Crimea as refugees nearly 100 years ago, getting married in Kitchener, Ont., and then moving to Manitoba. Conversations are being triggered in my family and in our congregation on the multi-generational impacts of those traumas.

The media coverage of war in Ukraine is detailed, vivid, and constant. We see the maps, hear the stories, watch the people, and our hearts break. As of late March, there are at least 3.4 million people who have fled Ukraine.

We heard similar stories in this last year from Ethiopia and Myanmar, but not as detailed, vivid or constant.

As of late 2021, the affected population in northern Ethiopia increased to about 7 million people, with more than 2.4 million people internally displaced. President Desalegn Abebe of Meserete Kristos Church said that at least 400 of their congregations were impacted by the conflicts. He told Canadian Mennonite, “A difficulty for one church is a difficulty for all of us.”

In February, the UN Refugee Agency reported that there are more than 800,000 internally displaced people in Myanmar. In March, Amos Chin, leader of the Mennonite World Conference member church in Myanmar (Bible Missionary Church) reported that “our situation is worsening because of the coup and unrest in the country. Most of our people in our churches have left their villages and stay in the forest because of the war.”

This is not a competition; all these stories are tragic. Some are covered by the western press far more than others, for reasons of accessibility, politics and racism. Whether our families fled from their homelands just 10 years ago, 100 years ago, or more, we share the impact of loss and destruction of one’s home and community.

Ly Vang of First Hmong Mennonite Church holds vivid memories of her family’s flight when she was 12 years old, walking for 12 days to find safety, seeking food and water. Yoel Masyawong, pastor of the Grace Lao Mennonite Church, also has vivid memories as a child, walking 30 kms all night when they fled to safety, bringing nothing with them. Watching children walking to the border in Ukraine brings it all back, even though their stories are from a different continent and a different time.

“Sometimes I feel again like a little child who is lost, frightened and sad, but I can face it now, because God has brought so many good things into my life,” says Vang.

Roman Rakhuba is the executive director of the Association of Mennonite Brethren Churches in Ukraine. In mid-March he wrote: “Historically the Mennonite creed of life has been peacemaking and social service, and today is the time when we, as a large Mennonite family, can turn our calling into action. . . . People share everything they have and let strangers into their homes, help the wounded, serve in hospitals and risk their lives to evacuate people from under the shelling. . . . All churches of all denominations are open to people who need shelter and food, and this is a huge testimony for non-believers. These are challenging times, but they help us put theory into practice.”

Arli Klassen is a member of First Mennonite Church, Kitchener, and has served with Ly Vang and Yoel Masyawong on the MC Church Canada Joint Council.

Read more The Church Here and There columns:
Civil disobedience
Communion with creation
Dismay or hope?
Every tribe and language
Is that not us?