Between 'Pure' and Mennonite Heritage Week 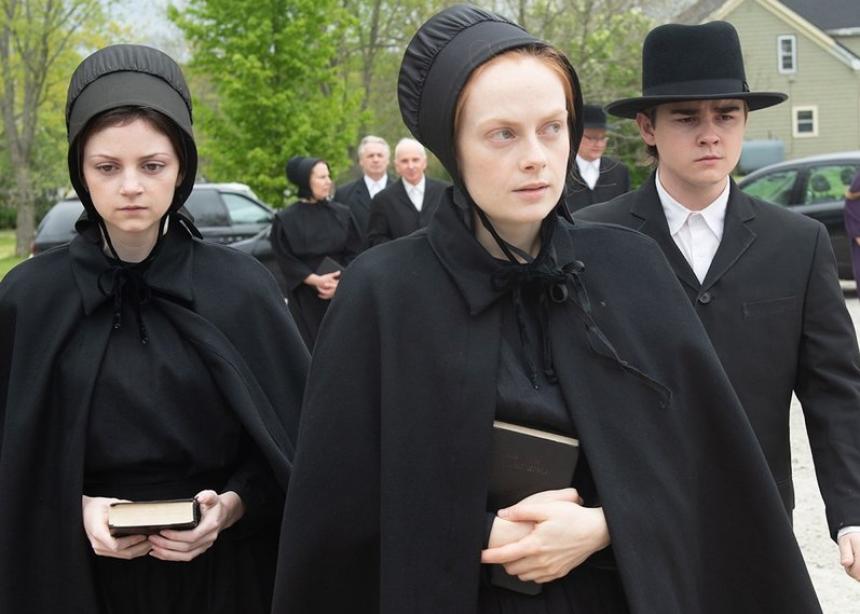 'Pure' purports to be “based on true events of the Mennonite mob.” (Photo courtesy Facebook.com/PureWGNA)

On the last week of May, season 2 of the crime show, Pure, started airing on the Super Channel. The show’s promotional material shows women in conservative Mennonite dress wielding rifles and filling packets with cocaine. Men in overalls, plaid shirts and straw hats intimidate a victim. The show purports to be “based on true events of the Mennonite mob.”

That same week, there was discussion in the House of Commons about designating the second week of September as Mennonite Heritage Week. Video clips showed Independent MP Jane Philpott speaking in support of M-111, a proposal made last February by Conservative MP Ed Fast of Abbotsford, B.C. A self-designated Mennonite, Fast put forth a private member’s motion for this special recognition of Mennonite contributions to Canadian society. In another clip, Sheri Benson, NDP MP for Saskatoon West, praised Mennonites for their work in her province through refugee sponsorship, restorative justice efforts and feeding the hungry.

When people generalize about Mennonites, we all become saints or we’re all drug traffickers. (Oops, a generalization of my own!) But we’re a lot more complicated than those stereotypes. While there are saintly members of our faith, others of us have committed immoral and illegal acts. Most of us don’t fall on either end of that spectrum. Yes, some of us wear beards or long dresses, but many Mennonites are visually indistinguishable from their non-Menno neighbours. Plus, we succumb to some of the same regrettable behaviour.

In the House of Commons discussion, several members gave history lessons on our faith ancestors and applauded the motion. One MP highlighted Mennonites as humble, inventive and ready to help our neighbours. According to her, we, as a people, make delicious rollkuchen, have a sense of humour and all of us love music. She says of us, “They will set their mind to do something. Possibly it is a problem that they themselves need solved. They will find that solution.”

Hurray for those who fit all those designations! But I don’t make rollkuchen or fix farm machinery. I do love singing with groups of other Mennonites, large and small. But I’m not known for my sense of humour, and I’m not always as helpful and generous as I should be. Why paint us all with the same brush?

There’s no denying that, historically, our people have made positive contributions to life in Canada. But ask our Indigenous neighbours about our legacy on the land their ancestors inhabited. Consider how our communities today are not always stepping up to care for the environment or for the vulnerable people living near us.

Some of us criticized season 1 of Pure for the inaccuracies in its portrayal of our Old Order cousins. See our 2017 online piece, “Review: Show not so pure in its depiction of Mennonites,” which has had a resurgence of online views. The feeling was that the show disrespected an entire Mennonite sub-group that would not defend itself. And maybe some of us feared that we would be connected with the exotic characters it portrayed.

One thing we can learn from tributes and TV shows is to be careful about how we paint people of other faith traditions. Do we offer them the same grace as we wish was extended to our community? Those of us who object to the mangled portrayal of Old Order Mennonites in Pure should refrain from viewing other people groups in a monochrome light.

Second, the stories of foibles and misdeeds, whether exaggerated or not, can serve as a warning that we, too, are subject to greed, dishonesty and downright meanness. We need to acknowledge, maybe especially to outsiders, this side of our identity.

Forget about Mennonite Heritage Week. But let the high praises that come our way inspire Mennonites of all stripes to live up to higher standards, and call us to practise our faith with integrity and transparency.

This year during our summer slowdown, Canadian Mennonite will produce three digital issues, starting with the July 8 issue. We will print one issue in July and one in August (the 19th), but subscribers are eligible to receive a digital issue by email in two-week intervals. You can see more details at canadianmennonite.org/subscribe/digital.

Is our indignant response to Pure righteous?

More should be expected from the CBC

Read more editorials:
Motivated by fear
Holding out the Christ-light
Costly perfume
First impressions
No more of this! 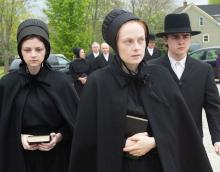 'Pure' purports to be “based on true events of the Mennonite mob.” (Photo courtesy Facebook.com/PureWGNA)