‘Indigenous peoples know the paths that can mend our broken relationship,’ says director of Indigenous-settler relations 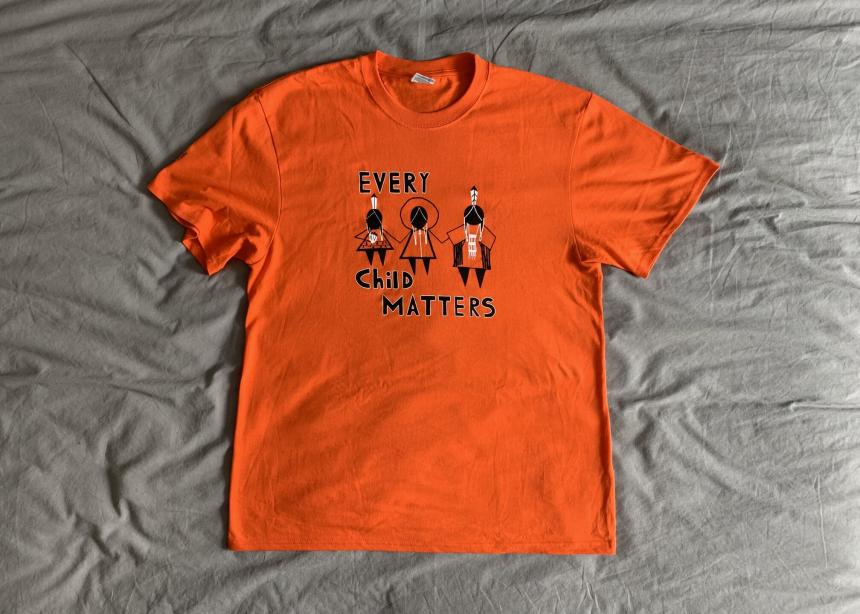 Previously known as Orange Shirt Day, the National Day for Truth and Reconciliation on Sept. 30 is an opportunity to remember the impacts of Canada’s 140 Indian Residential Schools. (Photo by Aaron Epp)

In advance of Canada’s first-ever National Day for Truth and Reconciliation tomorrow (Sept. 30), Mennonite Church Canada is reminding the nationwide church about Mennonite involvement in Indian Residential Schools, and asking people to take steps toward reconciliation with Indigenous peoples.

Previously known as Orange Shirt Day, the National Day for Truth and Reconciliation is an opportunity for Canadians to remember the impacts of the 140 Indian Residential Schools that existed across Canada from 1831 to 1998. The Truth and Reconciliation Commission of Canada estimates that 150,000 children lived at these schools, taken away from their families and communities by force.

While residential schools were funded by the federal government, churches were contracted to run them. The legacy of harm done in the name of Christ is something that Christian churches continue to grapple with, and the Mennonite Church is no exception.

The General Conference Mennonite Church, the binational conference in which MC Canada has its roots, administered three schools in the U.S.:

During the Second World War, Mennonite conscientious objectors were sent to teach in Manitoba day and residential schools.

Three residential schools were run by Mennonites in northwestern Ontario from 1962 to 1989: Poplar Hill, Cristal Lake and Stirland Lake high schools. While these schools were not run by MC Canada or its predecessor, Conference of Mennonites in Canada, individuals from groups that eventually formed MC Canada served and taught in them.

“All Christians are connected to this profound legacy of harm,” says Steve Heinrichs, director for Indigenous-Settler Relations. “The Indian school system was wrought in the name of Jesus and, as others have said, ‘What was done in the name of Jesus, needs to be undone in that same name.’ Moreover, settler Mennonites need to understand that we were directly involved in the running and administration of schools. Because we imagine ourselves as peacemakers, we have often distanced ourselves from this colonial history. But this is our story, and the TRC calls us to grapple with ‘our role in colonization’ [as outlined in Call to Action #59].”

The intent of the schools was assimilation—to convert students to Christianity and distance them from their Indigenous cultures. The schools were part of the larger colonial project that, according to the TRC, aimed “to destroy the political and social institutions” of Indigenous peoples in an effort to assert “control over Aboriginal land.”

In 2010, MC Canada delegates passed a resolution to confess complicity in “the failing of the Christian Church and its role in the tragic physical, emotional, mental and sexual abuse, denial of culture, language, and peoplehood of Aboriginal peoples in Canada.”

Delegates also acknowledged that “destructive individual attitudes, such as paternalism, racism, and superiority are still present among us” and committed to seek “renewed opportunities to walk with the Aboriginal people of Canada, opening our hearts, minds, and ears to engage the pain resulting from the legacy of the residential schools, and strive to recognize each other as sisters and brothers created in the image and likeness of one God.”

"Since this resolution was passed, Mennonite Church Canada congregations and individuals have taken up the challenge of educating themselves about the injustices that have happened to Indigenous people and communities—things we adults were not taught in school history classes,” say Edith and Neill Von Gunten, former directors of MC Canada Native Ministries. “This is a journey that is ongoing. Setting a national day aside is a big step in recognizing our settler role. It is also a call to move forward from learning to action.”

In response to the TRC’s Call to Action #77, MC Canada has shared its day school archival materials with the National Centre for Truth and Reconciliation. Since 2015 and the release of the 94 calls, MC Canada’s Indigenous-Settler Relations program, together with regional churches and ecumenical partners, has been seeking to honour the calls that survivors set before all Canadians, with special attention to those aimed at churches and faith groups (see calls 48, 49 and 58-61).

“I urge every Mennonite and every Christian in Canada to read, to pray and to memorize these calls to the church,” Heinrichs says. “Indigenous peoples know the paths that can mend our broken relationship. This is the unsettling and holy work that we are summoned to. Let us discern what the Spirit is inviting each of us to do—personally, congregationally—and let’s do it.”

For resources for Truth and Reconciliation Week (Sept. 27 to Oct. 1), visit nctr.ca.

Related stories:
Watch: “Rainmaker” by Upside of Maybe
Coming from a place of love
‘This is my learning, my journey’: Winnipegger is reading and researching all 94 Calls to Action 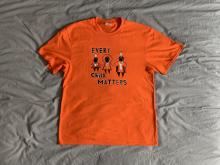 Previously known as Orange Shirt Day, the National Day for Truth and Reconciliation on Sept. 30 is an opportunity to remember the impacts of Canada’s 140 Indian Residential Schools. (Photo by Aaron Epp)