‘This is my learning, my journey’ 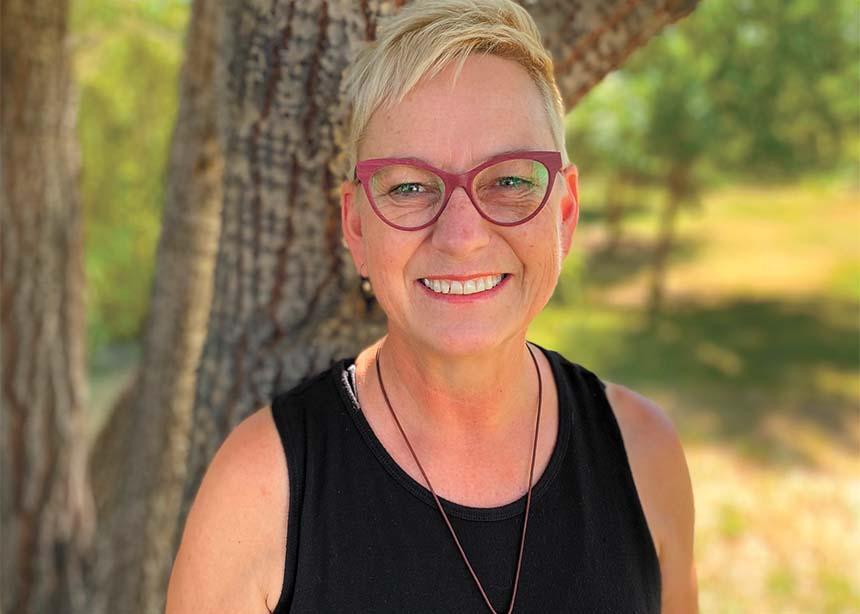 ‘As a settler, I know very little,’ says Kim Thiessen of Winnipeg. ‘But I am trying. . . . I have a burning desire to set things right and do what I can.’ (Photo by John Longhurst)

Like many Canadians, Winnipegger Kim Thiessen was devastated when she learned about the 215 unmarked graves of children at the Kamloops, B.C., residential school earlier this year.

“I didn’t know what to do with the sadness, despair and rage I felt,” says the 57-year-old mother and grandmother.

After giving it some thought, she decided to educate herself about residential schools in Canada, along with learning more about the history of relations between Indigenous and non-Indigenous people.

Thiessen, who moved to Manitoba in 2016 from Alberta after working with Mennonite Central Committee (MCC) in that province for 18 years, decided to start her educational journey by reading and researching each of the 94 Calls to Action of the Truth and Reconciliation Commission.

In making the decision, she was motivated by her faith; by her parents, who, she says, “patterned for me the importance of working for justice and fairness”; by her work at MCC, and also by her long-time friendship with a residential school survivor.

“I saw his pain, how he worked hard to not pass the trauma on to his children,” she says.

She also is doing it because of her grandchildren.

“I want them to grow up in a world where equality and justice is expected, where all people can be seen as important,” she says.

Soon after starting, Thiessen realized the experience could be more meaningful if she shared what she was learning with provincial and federal politicians in order to spur them to take action.

Since starting the project, she has read and researched seven of the Calls to Actions and written about them to federal and provincial politicians. “After researching each call, I send them a letter about it,” she says. She didn’t expect any replies but has heard back from three of the politicians. “That meant a lot,” she says.

When she gets to Calls to Action Nos. 58 to 61, which address the ways faith groups in Canada can respond, she plans to write letters to church leaders as well.

As part of her journey, Thiessen, who is a member of Foothills Mennonite Church in Calgary, made a visit to residential school survivors tending the sacred fire at the Manitoba legislature grounds.

“I’m doing it for them, too,” she says of her project. “They’ve been beating on doors for many decades, so I thought maybe it’s okay if I do that, too.”

Friends who know about her project have suggested that she post her letters and what she has learned online. She is not sure about that. So far, she says, “this is my learning, my journey, to do what I can to respond to the Calls to Action.”

With 87 Calls to Action yet to do, Thiessen, who is between churches after moving into Winnipeg from rural Ste. Anne, Man., in December, knows the challenge is a big one. But it still feels like it is the least she can do. 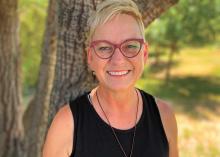 ‘As a settler, I know very little,’ says Kim Thiessen of Winnipeg. ‘But I am trying. . . . I have a burning desire to set things right and do what I can.’ (Photo by John Longhurst)