Watch: "The Story of MCC Thrift" 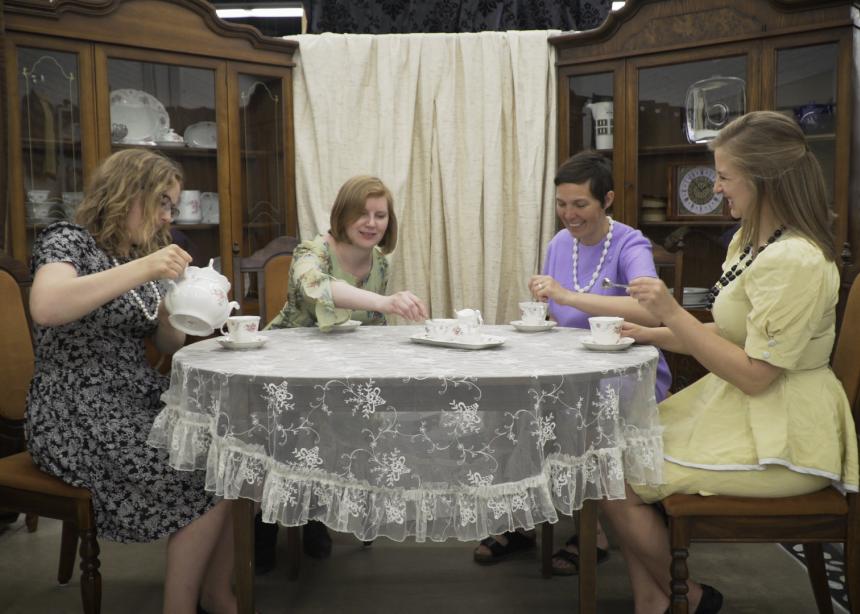 MCC Canada hired filmmaker Paul Plett to create the video, which was filmed earlier this year at the Kildonan MCC Thrift Shop in Winnipeg.

It’s one of 100 stories MCC is telling to coincide with the organization’s centennial in 2020.

Plett wrote and recorded the song with the help of some friends, and then filmed the video over the course of a day. It took five or six takes to get everything right.

More than 25 people appear in the video, many of them volunteers from various MCC thrift shops. The woman holding the globe at the end is Gerry Loewen, whose mother, Selma Loewen, was one of the four women who started the first thrift shop.

“I think one-take videos, when they’re done with energy, they’re the kind of thing that put a smile on your face because you get to see a group of people come together and work toward one goal,” Plett says. “I think that’s representative of MCC—it’s a bunch of people working together for one goal.”

“I’m glad MCC was open to trying something different,” Plett adds. “It’s great to share their amazing work in a fun, celebratory way.”