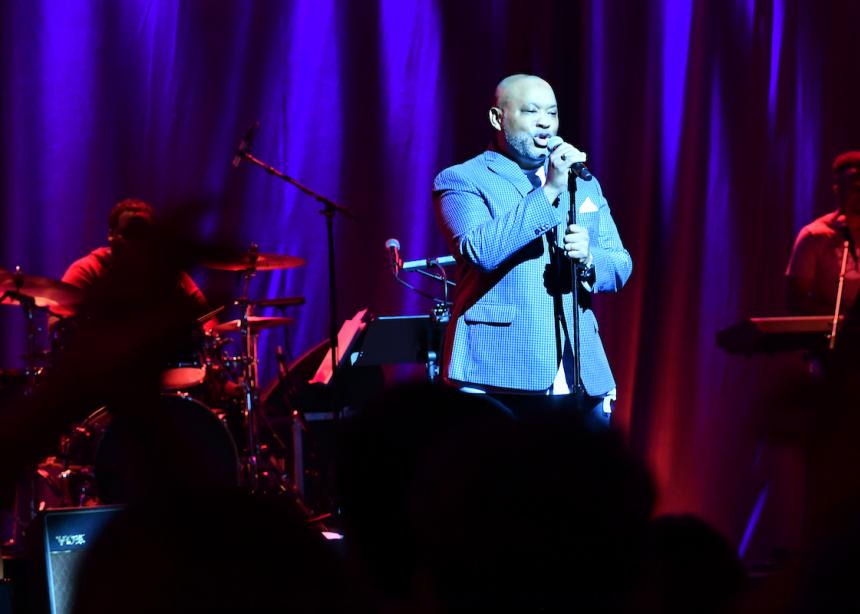 At the beginning of his address during the final worship service at the 2019 Mennonite Church USA Convention, held in Kansas City last month, MC USA executive director Glen Guyton sang “Come As You Are” by Nirvana.

YouTube user Kansas Viking created an “unofficial music video” of the performance (the song starts at the 0:26 mark):

“Come As You Are” is from Nirvana’s breakout album, Nevermind, which has sold 30 million copies worldwide since its release in September 1991.

In addition to their musical accomplishments, Nirvana gained notoriety in April 1994 when Kurt Cobain, the band's frontman, was found dead in his Seattle home at the age of 27. The death was ruled a suicide.

Guyton’s performance of the song was not completely surprising to anyone following his writing in the lead-up to the convention.

In a reflection posted on MC USA’s website in May, titled “Smells like The Holy Spirit,” Guyton wrote that Nirvana “may not be the most theologically astute group as you think about worshipping as Anabaptists,” but that “Come As You Are” is “a song that I think articulates who we should be as a church.”

“The church, this church, must send a clear message that we welcome people to come as they are to the foot of the cross,” Guyton added.

Further reading:
Shackled together in perfect unity—‘Blame it on God’