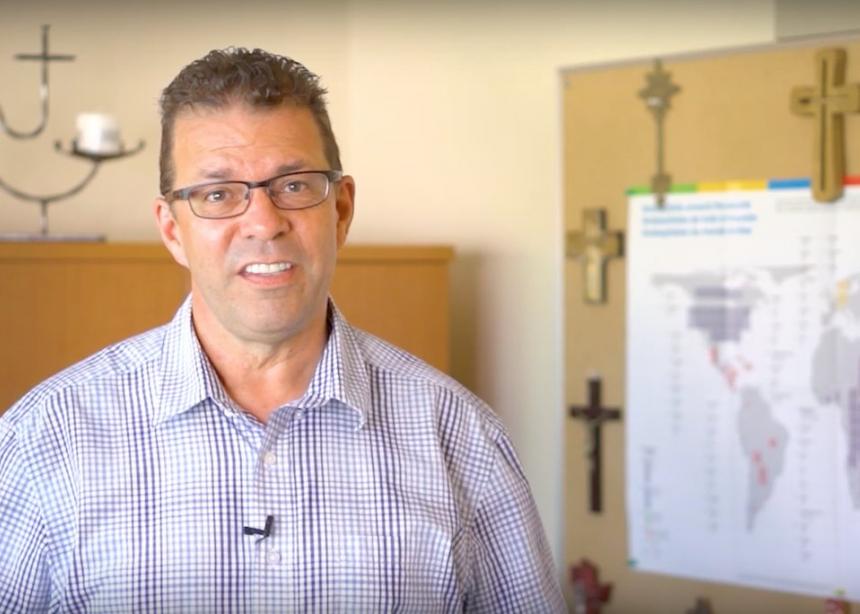 In October 2017, MC Canada delegates at a special assembly in Winnipeg approved a restructuring plan to shift the centre of ministries from the nationwide church office to each of the five area churches, which were renamed regional churches.

Connecting to the nationwide church starts in the local congregation, Klassen says in the video.

“When each of you faithfully offers your gifts and talents and abilities, the Holy Spirit takes them and multiplies them to bring healing and hope to your communities and all who grace your presence,” he says. “When your congregation offers volunteers and finances to your regional church, and your regional church brings its offerings to the nationwide level, the Spirit again multiplies.”

—With files from Donita Wiebe-Neufeld and Will Braun.

Related stories:
Nationwide church experiences modest surplus
The future is now
Are we there yet?