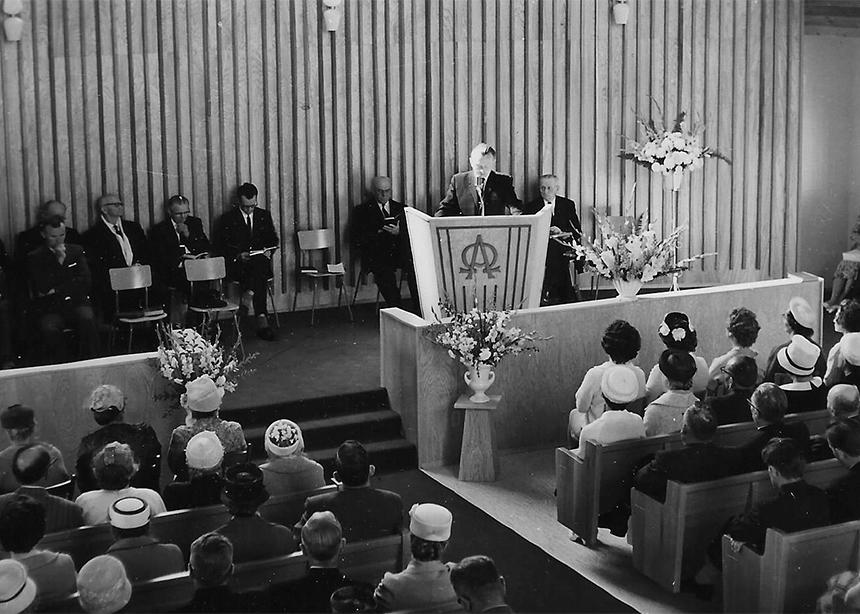 Erwin Cornelsen, former pastor and one of the last Mennonite Aeltesters (elders) in Canada, died Dec. 26, 2020, at Menno Hospital in Abbotsford, B.C., at the age of 101. He was laid to rest on Jan. 5.

Erwin was born on May 28, 1919, in Schweingrube, West Prussia, the first of nine children in a farm family. He didn’t want to fulfil his father’s wishes that he also farm, and in 1936 he enlisted in the German military, with the promise of free education after 12 years of service. However, the Second World War broke out less than three years later, and he spent most of the war in Oslo, Norway, working in search and rescue.

In 1938, he experienced a profound deepening of his Christian faith and he joined a small group of evangelical Christians in Oslo. There, he met his future wife, Hildur Deckert, a fellow German who was conscripted to work in a general’s office. The two were married in Germany in 1944.

Following the war’s end in 1945, Erwin’s hometown became part of Poland, and some of his family emigrated to Canada. Hildur and Erwin stayed in Germany and, with no career and no prospects, Erwin turned to the craft of woodworking and furniture making for the next decade. The couple had four sons, and Erwin began testing his skills in Christian ministry. In 1956, after Hildur’s parents had both died, the family moved to British Columbia to join other family members, and there their fifth son was born.

Erwin made his living in carpentry until his passion for church work led him to be ordained in 1960 to lay ministry at First United Mennonite Church in Vancouver. He took on the role as associate pastor in 1964, and then, in 1968, was called to be the first pastor at Sherbrooke Mennonite Church, a church plant of First United Mennonite, also located in Vancouver. Later, he was ordained as Aeltester in the Mennonite church. He served as pastor at Sherbrooke until 1984.

Erwin cared about the wider church, attending numerous world conferences and serving on national committees such as the Board of Christian Service. He also believed strongly in cooperation between General Conference Mennonites and Mennonite Brethren in B.C., and he was instrumental in merging the two Bible schools that became Columbia Bible College.

From 1978 to ’82, Erwin and Hildur returned to Germany, where they served in a pastoral assignment at Wolfsburg, serving German-speaking emigrés from the Soviet Union. In 1985, he spent six weeks in the Mennonite colonies of Paraguay, speaking at “deeper life” meetings.

Throughout his life, Erwin continued his love for woodworking and he continued to practise his skills. With the lathe he brought back from Germany, he crafted furniture for family, and pulpits and communion tables for the churches he served. After his retirement, he sold handcrafted items from reclaimed wood at B.C.’s annual Mennonite Central Committee festival.

Always practical about the reality of death, he fashioned his own casket and one for Hildur, who died in 2001.

Erwin lived in the same house in Vancouver for more than six decades. In his retirement, he found joy through engaging with people, and especially children, in his neighbourhood on daily walks to the YMCA.

Among the many things Erwin will be fondly remembered for: the twinkle in his eye, his cheerful countenance, the delicious pumpernickel bread he baked, the candle he lit every morning at breakfast for his late wife Hildur, his appreciation of nature and the outdoors, his love of stories, his spirit of inclusiveness and reconciliation, his desire to continue lifelong learning and his passion to help others follow Jesus.

Survivors include three sisters, five sons and their wives, nine grandchildren and their partners, seven great-grandchildren, and many nieces and nephews. 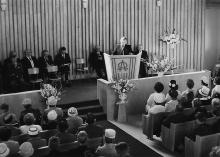