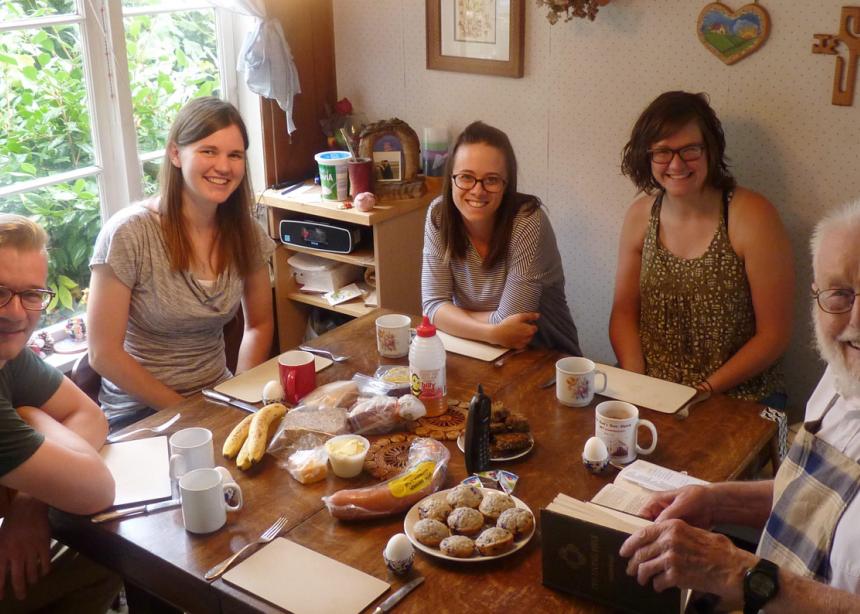 When Jonas Cornelsen tells people he spent the last year living with, and caring for, his grandfather in Vancouver, they often praise him.

While Jonas appreciated his time with his grandfather, the praise makes him uncomfortable.

“The set-up sounds pretty [idyllic], like a good family movie,” says the 23-year-old, who returned to his home city of Winnipeg last month. “You know, the grandson spends time listening to his wise old grandfather, and they go to church together and do all these wholesome things. But internally I was struggling with anxiety and loneliness.”

Although he is as healthy as a 98-year-old can be, Erwin and his family decided it would be beneficial having Jonas live with him and help him with his daily routine around the house he has lived in since 1957, one year after emigrating from Germany. Jonas was happy to seize the opportunity, seeing it as a way of exploring an alternative way of living.

“I’ll have what I need, I’ll even earn a modest wage and all that,” Jonas told Canadian Mennonite last summer, shortly before moving to Vancouver, “but for me, the importance of doing it is a lot more in trying to walk the talk of caring for each other and expressing alternative ways of living to what we often consider success or a career track.” (“Exploring alternative ways of living” tells about the beginning of the one-year living arrangement.)

Jonas’s anxiety this past year stemmed from the realities of living with his grandfather not always matching his expectations. “Even though he’s a close family member and I love him very much, it was harder to have just typical day-to-day conversations with him,” Jonas says. “It’s harder to connect with someone that old. He recognized that too. . . . At times, I really, genuinely enjoyed his company. I just needed it in smaller doses than it sometimes was given to me.”

Jonas’s responsibilities included preparing meals and doing housework. “To keep [my grandfather] living well at home, for as long as it made sense and as long as he was enjoying it, that was my [goal],” he says.

Formerly a pastor, Erwin always starts and ends his days with Scripture reading and prayer. Sometimes Jonas joined his grandfather for those times, and sometimes he did not.

“Early on, I followed his routine pretty rigorously, but then found I needed space from that regimented routine,” Jonas says. “I had to acknowledge that it wasn’t as life-giving for me as it is for him.”

It was hard for Jonas to talk with Erwin explicitly about the difference in their devotional lives, but later in the year Erwin told Jonas he never saw it as a problem.

“One of the things he said he learned from me was to give young people the freedom to live their lives and express their faith in their own ways, and not to impose his own ways of doing things,” Jonas says.

“The world the way it makes sense to me looks strange from his perspective, and it was fun to discover those things that look different to us,” Jonas says. “Things are changing faster than he can keep up with, but he’s okay with that. He’s let go of his need to control things. . . . He’s more curious than fearful about the way things are happening and what might be coming next.”

Living with his grandfather was harder than Jonas imagined it would be. Accepting that fact was even more difficult. “It was sad how much I didn’t like it sometimes, or didn’t want to be there,” Jonas says. “It was hard . . . to acknowledge that I wasn’t always enjoying it, even though I was doing something I valued. [I learned that] just because we value something, it can’t always sustain our energy for the task.”

As Jonas returned to Winnipeg, Erwin was preparing to sell his house and move into a residence for seniors in Abbotsford, B.C. That meant letting go of the idea that he would die in his home.

“It was kind of fun to help him navigate those [decisions] and be one of his primary conversation partners and all that in figuring this out,” Jonas says. “I was proud of my ability to not only be a grandchild and serv-ant to him, but also a friend and someone to figure things out with.”

Ultimately, Jonas is thankful that he got to spend the past year with his grandfather. “If I dwell on what was hard, it’s emotionally difficult,” Jonas says, “but even while I was there, the good that I could see that I was doing, or kind of the reward of knowing that you really changed someone’s life, was valuable. And Opa never let me forget that I was doing good stuff.” 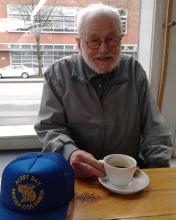 Great work Jonas. Your story resonates with me. I had the rare privilege of being my late centenarian grandfather's caregiver and friend in the last two years of his life.

The memories are indelible and the lessons, profound.

I hope see and hear more young people explore the challenges and lessons of alternative ways of living.