What can a white church do? 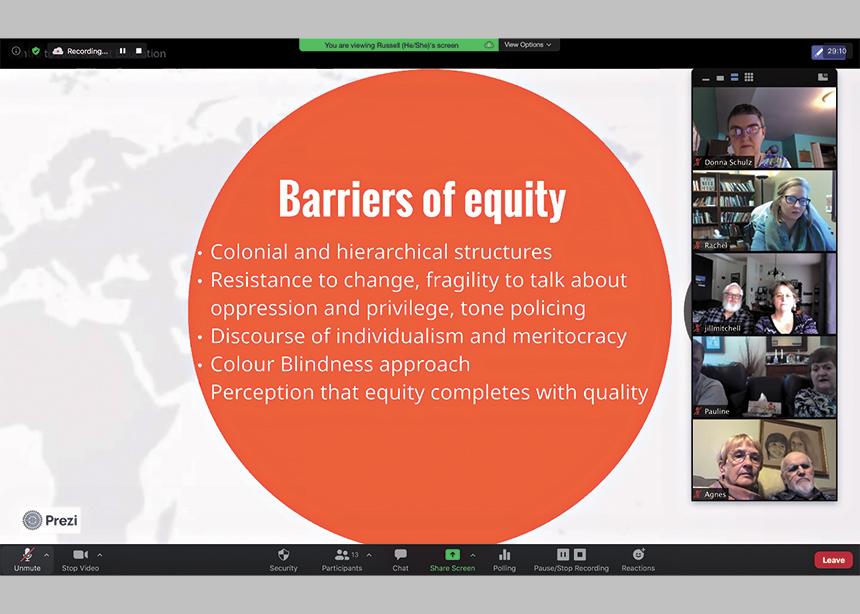 When the death of George Floyd sparked race-related demonstrations across North America earlier this year, one of our deacons asked, “What can we do in response to this?”

My church, Eigenheim Mennonite in Rosthern, Sask., is racially homogeneous. The community beyond our church includes Indigenous, Filipino, Karen and Pakistani people, but they don’t worship with us. How could we, a group of white Mennonites, respond to the racial tension we witnessed daily in the news?

One response, we thought, would be to learn about racism, and we decided to do this through our adult education class.

Both Mennonite Central Committee (MCC) Saskatchewan and the Office of the Treaty Commissioner in Saskatoon supported us in our learning by providing speakers and facilitators.

Using Zoom as our platform, we met nine times between Sept. 13 and Nov. 22, with an average of 15 participants.

During our first sessions, we looked at the scriptural foundations for anti-racism and discussed words and phrases—such as “white privilege” and “white fragility”—that are common in conversations about racism.

In the following weeks, we welcomed five guest speakers. Their presentations were insightful, challenging and encouraging. I learned a lot more than I can include in a reflection piece such as this, but here are a few of my takeaways:

Our learning journey, which began with the question, “What can we do in response to this?” ended with a similar but more pointed question posed by Seesequasis: “How will you exercise your treaty identity and the responsibilities associated with it?”

I don’t know yet how to answer this question, but I do know that I can’t leave it unanswered. 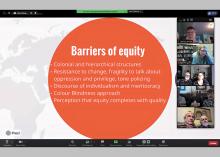 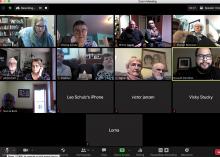