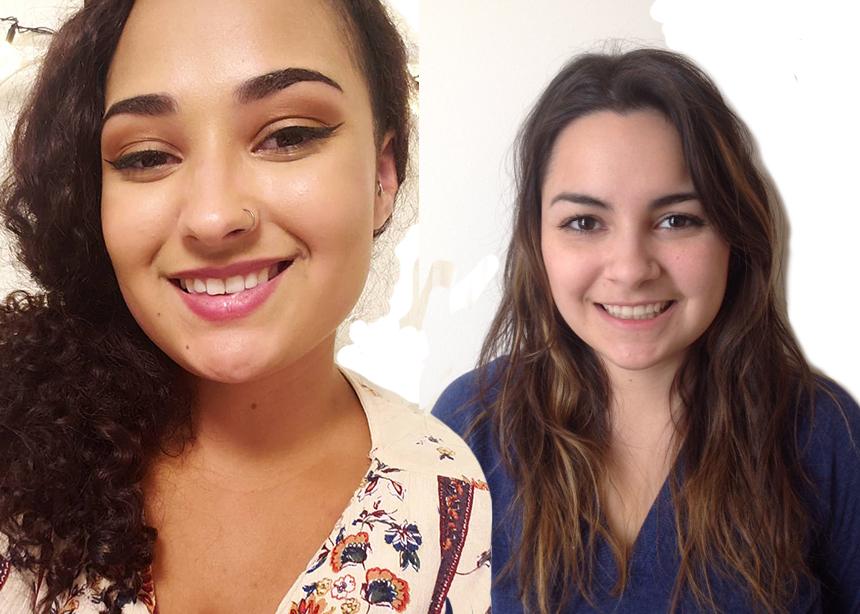 When Gabby Martin mentions that she’s a Mennonite, she’s often met with, “Okay, but where are you from?” Her father is Black and her mother is Syrian; she was adopted by Mennonites. Martin grew up in Langham, Sask., and has been Mennonite her whole life, yet, because of her appearance, it feels like she’s expected to prove it.

This is just one of the many experiences that led Martin to create the Minority Mennonite Talking Group with Andrea De Avila, associate pastor of Sargent Avenue Mennonite Church in Winnipeg.

When the Black Lives Matter movement took off, Martin and De Avila began talking about some of their experiences, and realized many of them were similar. They wanted to establish a place where Mennonites of racial minorities in largely white congregations could feel comfortable and safe sharing their stories.

“Even as we trust and love our church communities, sometimes it’s hard to find people with similar experiences as ours within the Mennonite church in Canada,” says De Avila, who grew up in Mexico.

The group exists on Facebook, where members can post and chat with each other. It is geared toward adults and open to Mennonites across Canada. They plan to meet online by video as often as it suits the group, but have not met yet because they are still trying to gain more members.

In the meantime, De Avila and Martin, who also attends Sargent Avenue Mennonite, led anti-racist learning sessions for their home congregation. They began the five workshops by defining terms and teaching basic foundations to get everyone on the same page. Later weeks featured a guest speaker who taught how to listen in ways that are helpful instead of hurtful, and Black, Indigenous and people of colour (BIPOC) individuals who shared their personal stories. Martin discussed the history of policing and the movement to defund the police, and De Avila explored with participants where their church might be headed.

The church can be a difficult place for minorities. Martin says that most of her experiences of racism in the church have taken the form of subtle or unintentional discrimination: feeling like she was chosen for a committee to fill a diversity quota rather than because of her skills; being repeatedly confused for another person of colour in the congregation; or witnessing racial stereotyping.

Just this year, a church leader told De Avila that she was “not black enough to claim being a person of colour.” On the same weekend, someone else told her that “her people,” a Spanish-speaking congregation in Canada, had such light skin that they almost couldn’t distinguish them from the white people.

De Avila hears comments like, “I just didn’t think of you as a person of colour, I didn’t think of you as Mexican; you were just one of us.” She says, “That shouldn’t be exclusive! I can be ‘one of us’ while I’m Mexican. But they make it seem like, to be one of them, I need to let go of that identity that I carry.”

“It is in those times that I receive those kinds of comments, that I think, wow, people don’t get me. Even though what they’re trying to say is, ‘You fit in!’ . . . What it feels like is, you really don’t understand my experience,” she says. “That feels very isolating. And I think that’s why a group like we’re trying to start is very needed.”

De Avila says that she feels grateful for how the church has supported and opened doors for her and, at the same time, she has “cried many times out of frustration” at how slow the church moves on important issues. She understands why some BIPOC folks do not have the capacity to struggle with the church. Yet she wants to stay in the church to make it a better place for others. “I am committed to my faith in many ways, and see it working within community . . . [The church] is wonderful sometimes; it is extremely hurtful sometimes.”

Martin has seen that the church is willing to grow and change. “But, like a family, you need to put the work in, you need to address the issues in order for anything to change. . . . I’m invested in the church because I see a future that’s better off with the church than without it.”

She says that a good place for congregations to start is to build a foundation of education through books, movies and web research. She says that BIPOC individuals are often expected to educate white people without pay or recognition of the work and emotional energy it takes. “Racism is not a minority’s problem,” she says. “Racism is a white person’s problem. What needs to happen is,  there needs to be a lot more personal education and a lot more inter-education between white people, before bringing those issues to us.”

De Avila says that if churches are nervous learning on their own, then paying a BIPOC consultant to lead workshops and to analyze church policies may be the appropriate next step.

Anyone interested in joining the Minority Mennonite Talking Group can email Gabby Martin at gabbymartinwork@gmail.com.

Related stories:
‘You must be a Mennonite!’ 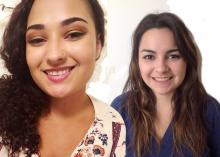