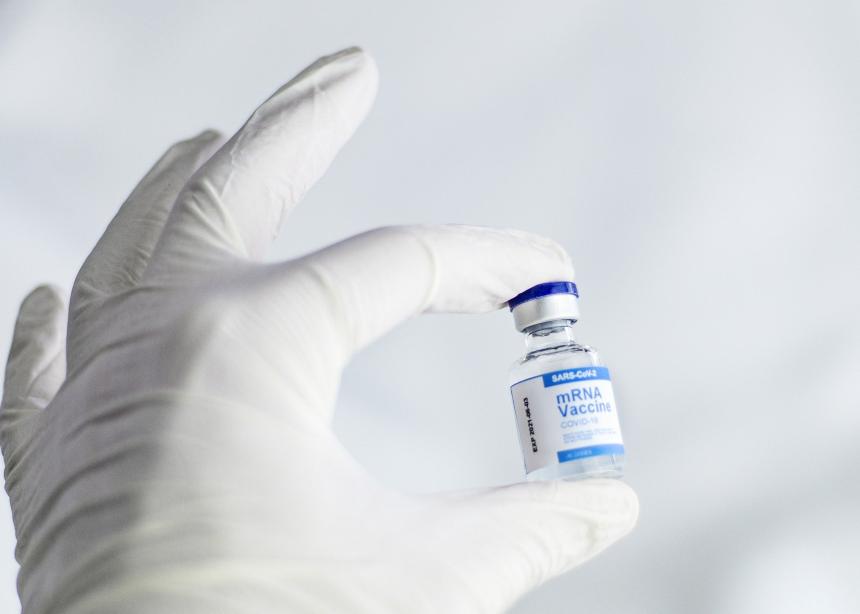 Some of us are getting vaccinated against COVID-19, and more are on lists, anxiously waiting for supplies to become more robust, and hoping dearly that the end of the pandemic is in sight. Imagine being the Indigenous people of a land where the government doesn’t provide for you to get vaccinated, but it provides for settlers.

But this is nothing new for you. It has become sickeningly routine to be evicted from land used in your family for generations, to watch children be killed by soldiers and to experience arbitrary rules that inhibit you from working and providing for your family and community. And sacred scriptures are even drawn upon to legitimize this oppression.

Details of that narrative could be the Indigenous peoples in Canada. It could be South Africa during its apartheid regime. It could be Jews in Europe during the last millennium. But it is Palestine now.

The nation-state of Israel always included Palestinian citizens. They now number around 1.8 million (20 percent of the population of Israel).

Then there is the rest of Palestine. According to modern international law, when territory is taken in wartime, it is to be considered a temporary occupation. During this time, the human rights of occupied peoples are to be protected by the controlling nation, and that nation’s citizens are not to be settled there.

But Israel has been moving Jewish settlers into Palestinian lands, and has since the beginning of its history. May 15 marks Nakba (“cataclysm”) Day—the remembrance of the forced evictions in 1948 that has left some Palestinians permanent refugees. Settling one’s people in villages, houses and land a military force has taken over is called “conquering.” This fact turns Israel into a settler-colonial nation.

Israel has the highest vaccination rate in the world—around 63 percent of the population (ourworldindata.org). In the occupied Palestinian territories the vaccination rate is around 4 percent. Although the Palestinian Authority is responsible for health, control of the vaccine supply is in the hands of Israel. Under modern law, an occupying power is supposed to protect the health and other human rights of the people in occupied territories. The astonishing inequality of vaccinations is one among many reasons that human-rights agencies are increasingly using terms like “apartheid” in reference to Israel-Palestine.

Christian history makes it difficult to know what to do. Jesus sided with the marginalized, but Christians have not often done the same. Settler-Christians in North America decided they were doing good in “eliminating the Indian problem.” Biblical justifications legitimized racial segregation in South Africa. Christianity has often been anti-Semitic.

It is not anti-Semitic to develop a theology of the land that is based elsewhere than the Joshua genocide narrative. In Faith in the Face of Empire: The Bible through Palestinian Eyes, Palestinian Christian theologian Mitri Raheb points out that his people are also descendants of the promise given to the patriarch Abraham. It is not anti-Semitic to hold Israel to its legal and moral standards.

Zionism perniciously privileges one ethnicity over others in the land. That was the error of Jonah: his ethnocentric religious nationalism had him reject his call to Nineveh because he could not imagine that the Creator of all was not solely for his people. May we all have equal access to vaccination! It is the wish of God that all flourish.

Randolph Haluza-DeLay was the Alberta representative to the Mennonite Church of Canada’s Palestine-Israel Network (mennonitechurch.ca/pin). He hopes to lead an online reading group of Raheb’s book later this year.

Thanks, Randy, for this informative column. To follow the work of MC Canada's Palestine-Israel Network, go to https://www.mennonitechurch.ca/pin

Thanks, Randy, for a making so explicit the shocking inequality in how people are treated in the Holy Land. It underscores why Human Rights Watch and B'Tselem are accusing Israel of being an apartheid state. We wonder how people can live with their consciences at such unfairness.