Teaching peace across Asia and around the world 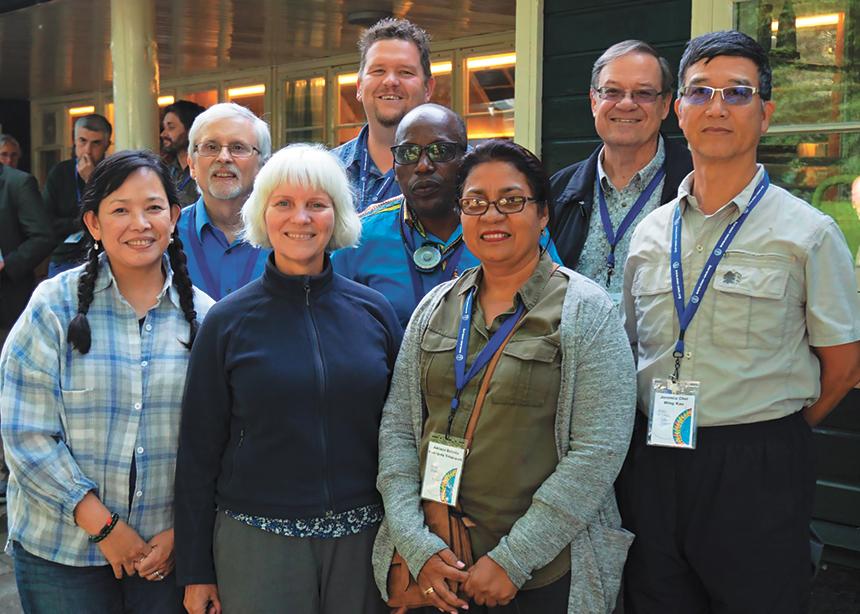 Name any region in Asia and chances are that Wendy Kroeker has done peace work there.

Kroeker, an assistant professor of peace and conflict transformation studies at Canadian Mennonite University in Winnipeg and the academic director of the Canadian School of Peacebuilding, has almost 30 years of experience mediating, teaching and peacebuilding in the Philippines, India, Bangladesh and South Korea, to name a few. She attends Fort Garry Mennonite Fellowship in Winnipeg.

This is the essential groundwork that prepared her for her most recent trip across the world. In December 2019, Kroeker travelled to Hong Kong with a delegation of Mennonite World Conference (MWC); she is the MWC Peace Commission’s peacebuilding specialist, having joined in April 2018. The delegation went to support and provide resources to Mennonite churches in Hong Kong as they live in the midst of intense political turmoil.

Protests have been going on for months in the streets of Hong Kong and have often grown violent. They are causing division within congregations, as people take opposite sides on who is right, and whether or not the church should get involved.

Most of all, the churches are afraid of losing their young people. When the Umbrella Movement protests began in 2014, Hong Kong churches didn’t get involved, says Kroeker. The effects of that inaction were drastic, and not just in the Mennonite churches. She met with leaders from four different Christian denominations while in Hong Kong, and they all agreed that about 30 percent of their young adults left the church.

Jeremiah Choi, pastor of Agape Mennonite Church in Hong Kong and a member of the Peace Commission, requested the delegation as the conflict took centre stage once again when a bill threatening to extradite Hong Kong citizens charged with crimes to mainland China for trial was introduced.

“Youth who had stayed in the church and [Choi’s] own children said to him, ‘If you don’t come to the streets, we’re leaving,’ ” says Kroeker. In a cultural context where conflict is dealt with indirectly, for youth to even utter those statements was a sacrifice.

The Mennonite churches knew they had to do something so their already small community didn’t fracture even further. But they didn’t even know how to start talking about it. They needed someone to guide them through the process. That’s where Kroeker came in.

“I’ve lived and worked in different parts of Asia for almost 30 years now, and you begin to learn some of the basic patterns,” she says. “I know now what questions to ask and where their rub points and tension points are. Sometimes you need an outsider to just ask the questions that an outsider asks.”

Kroeker led more than a dozen workshops and lectures on conflict resolution, peacebuilding and Mennonite Anabaptist peace theology to groups of between 10 and 60 people in Hong Kong. They met in churches, educational institutions, seminaries and people’s homes, where the MWC delegation spoke to congregants, pastors, students, community leaders and expat non-governmental organization workers.

Participants considered how the values of their culture affect the way they name and address conflict. They wrestled with their belief of Mennonites as quiet, peaceful people and wondered if they were allowed to do active peacebuilding.

“It’s incredibly humbling to be in the midst of people with great crisis in their midst and entrusting you to guide them through some questions they know are difficult to ask,” Kroeker says.

She used activities and roleplaying, and her infectious energy, to make ideas come alive. “When you’re asking, ‘How do we do something?’ you can’t just lecture,” she says. “If you can’t try it here, you’re not going to do it out there. You’ve got to practise the words if the words are so foreign to you to say.”

Kroeker has spent years putting learning into action. She entered the peacebuilding field as an activist and after a while began taking mediation courses. In 1996, she and her husband Gordon Zerbe accepted a Mennonite Central Committee placement and moved to Dumaguete in the Philippines with two little children in tow.

“I got pulled into conversations by locals when they found I had some mediation experience,” she says. “[They said,] we need another voice other than armed struggle to achieve our quest for justice.”

She spent two years travelling around the Philippines. “I’ve gone to a lot of dangerous areas,” she says. “Met by military with tanks and machine guns, and hiked up to jungle communities and met guerrilla movements. . . . A whole new world opened up in terms of what this work means.”

Their family returned to Winnipeg, where she led a workplace mediation program at Mediation Services.

Upon the request of her friends in the Philippines, she returned for another few years to work with the Peace Resource Centre they had started in Dumaguete, dealing with situations of hostility between civilians and government, and interfaith conflict between Muslims and Christians.

Kroeker currently focuses on local action, the topic of her doctoral work, asking the question, “How do you activate on-the-ground local peacebuilders?”

For her, it’s a privilege to walk alongside people in the midst of critical times. “It was exhausting, invigorating, stimulating, humbling, all at the same time. You’re just in this super vibrant space of big life important questions. For someone like me, it’s, like, where else do you want to be?”

Related stories:
'We discuss and we divide'
MWC delegation visits churches in Hong Kong
Hong Kong Mennonites seek the peace of the city 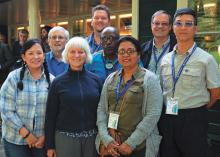