A story that ‘wanted to be told’ 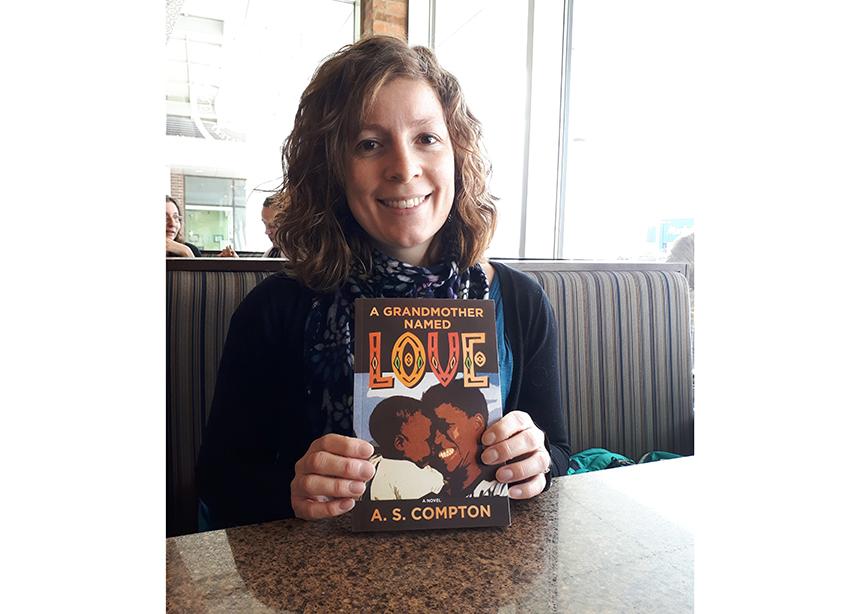 After high school, Susanna Compton took a gap year before heading off to university. She turned that experience into her first published book.

Her former pastors from Wilmot Mennonite Church in New Hamburg, Ont., Glyn Jones and Susan Allison-Jones, had moved to Botswana with their daughters, where they were involved in Mennonite ministries. With their encouragement, she joined them for six months in 2008 after her final year of high school.

This past November, Compton’s first novel, A Grandmother Named Love, was published, the fruit of her time in Botswana.

She spent her first month in Botswana living with a local family in the village of Latlhakane, learning about the country, the culture and some of the local language. She also volunteered at a local school.

She spent the remainder of her time staying in a guesthouse in Gaborone, shadowing the Allison-Joneses and doing some teaching in high schools with four other young adults. Their job was to teach one or two sex-education classes per day and offer peer counselling, to raise awareness about HIV/AIDS. A local church initiated the program, which was endorsed by the government.

Compton describes how “highly stretching” that was for her, but, in the end, she was so glad for an experience that was “very much a ministry.” She found it particularly meaningful to connect with the high-school girls through peer counselling and was struck by how “the concept of saying ‘no’ ” to sexual activity, and having “their own agency” was new for them. She noted that there was a great deal of stigma attached to AIDS.

Compton returned from Botswana with a scrapbook full of pictures and memories. Four years later, for her honours thesis as a creative-writing student in the English and literature program at the University of Western Ontario, in London, Ont., she wrote a 15,000-word novella based on stories she heard in Botswana.

From the time she was a little girl Compton knew she wanted to be an author and illustrator. Now she knew her first book would come from her experience in Botswana. It was a story “that really wanted to be told.”

So she spent four more years stretching the novella into a 57,000-word novel. It took a year to find a publisher, and another two years before the book was released. She also got married and had two children in the meantime.

In the novella Compton tells the story of a grandmother, a strong woman of faith, who takes seven children into her home, four of whom are her biological grandchildren. That “felt like a complete story,” Compton says. But, to stretch the novella into a full book, she expanded on the stories of each of the children who show up because of a variety of circumstances.

“I took lots of notes” in Botswana, she says, and then researched more about the country.

While there is tragedy and hardship in the story, it is “a very hopeful story” with a theme of unconditional love. “I wanted it to be uplifting in the end,” she says.

Compton sees her writing as “a gift from God.” Throughout the gestation of the book she “kept giving it back to God,” and finding God to be present and reliable.

She had friends and an aunt read a draft. To publish the work, she turned to the Writer’s Union of Canada and paid for access to its database of publishers that accept unsolicited manuscripts. She was so excited once her manuscript was accepted, but she says it was a process of “get in line and wait your turn.” Then, after months of waiting, there was a short, intense “crunch editing” period.

The book was originally released in Toronto, followed by an event in Waterloo, Ont., last November. Promotion from here on is “entirely up to me,” says Compton.

She is already excited by how people are engaging with the story and asking in-depth questions. “Every response is different,” she says.

She shared a reading with The Gathering Church in Kitchener, Ont., where she attends, and found the congregation to be “wonderfully supportive.”

Compton has another book in the works. This one will be historical fiction, about a Mennonite great-uncle who served in the Second World War against the will of his church.

A Grandmother Named Love is available from the author at ascompton.com as well as at a variety of online booksellers. 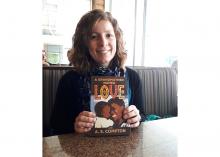 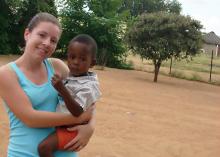 Susanna Compton holds a neighbourhood child in the village of Latlhakane, Botswana, where she spent part of her gap year in 2008, an experience that inspired her first published novel, A Grandmother Named Love. (Photo courtesy of Susanna Compton)