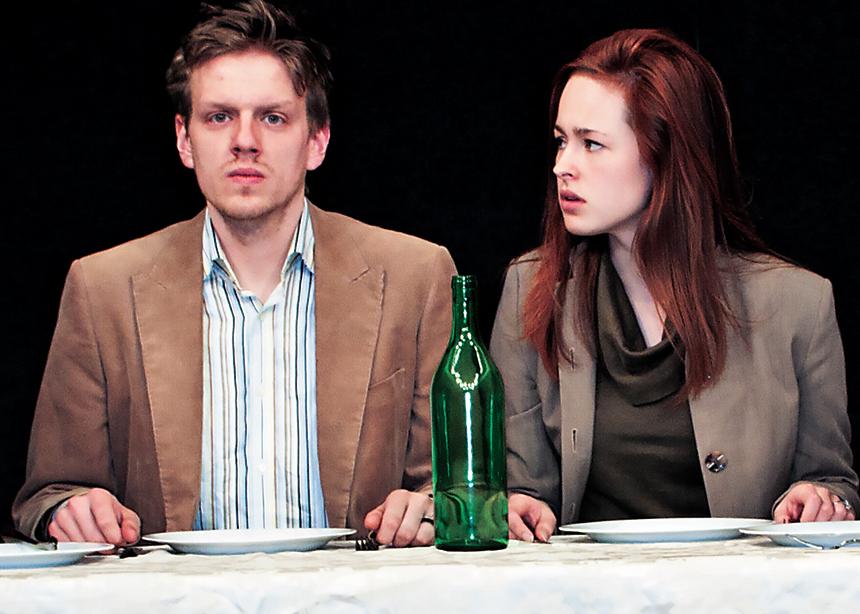 Johnny Wideman and Kimberlee Walker are members of Theatre of the Beat and co-facilitators of the restorative-justice drama program. (Photo courtesy of Kimberlee Walker)

Ontario’s Theatre of the Beat has a mandate of staging change and creating conversations around social justice issues, but that’s also happening in communities beyond the Mennonite enclaves the company brings its plays to.

Once a week, a couple of the members of the theatre troupe provide therapeutic drama classes to the inmates incarcerated at the Grand Valley Institution for Women in Kitchener, Ont.

Kimberlee Walker, who is a member of Kitchener’s Stirling Avenue Mennonite Church, is the founder and one of the program facilitators. She formerly worked as a behavioural counsellor at the prison, supporting individuals in the secure unit who were experiencing complex mental health and behavioural needs.

When her contract ended, she decided to move on from crisis-intervention work, but she still cared deeply about the well-being of people who are incarcerated. She started to dream about how she could use her theatrical skills to support the people at the prison.

“In my master of social work [degree program], I was learning a lot about applied theatre, which is theatre created by and with people who might not otherwise have the opportunity to explore theatrical arts, typically marginalized people,” she says.

Walker says applied theatre is pretty new in Canada, especially in women’s prisons, so she had to write a proposal and research project to send to the prison administration.

“Eventually they let me try it,” she says.

In 2016, Walker launched a pilot theatre program consisting of theatre workshops and rehearsals that culminated in a half-hour play called The Identity Project, created and performed by people involved in the project. The program’s intent was to support meaningful experiences of personal growth and reflection, and to forge a pro-social identity for the participants.

Nathaniel Voll is also involved in facilitating the program. He says it is the highlight of his week and it seems to make a difference in the institution. “The work we do has a positive and restorative impact on the individuals in our group, an impact that trickles out to the ecosystem of the institution in general, and beyond,” he says, adding, “It is important work.”

Johnny Wideman, the artistic director of Theatre of the Beat and another co-facilitator, says that is because drama requires vulnerability, something that can be seen as weakness in prison.

“It can be terrifying at the best of times to bare this [vulnerability] in front of a live audience, but in prison, showing emotion in this way, or failing at something, can be seen as weakness and used against you,” he explains. “In [Grand Valley], theatre is risky and real and imperfect, and it has truly changed the way I see the art form.”

Walker says that part of the reason she is involved is to help provide some healing for people: “I think that expressing ourselves through art can be really healing. Although it’s a gross understatement, I think hurt people hurt people. Part of restorative justice is also healing for offenders. Being part of a supportive, collaborative group practising restorative justice is important for the people involved.”

It is also an important way of bridging gaps across the racial divides of the prison and facilitating friendships that might not exist otherwise.

“I’m doing a lot of mediating,” Walker says. “There can be racism and discrimination in prison, because everyone’s scared. There can also be an us-and-them mentality.”

Walker feels like this work is an expression of her faith. “My faith is about loving people and trying to be non-judgmental in that love, and being open to learning from the other,” she says. “My faith makes me want to love everyone. I see salvation as moving towards healing for creation, for my enemy, for people in prison, for the world.”

Coming up, Walker is leading the participants in creating their own play, which will centre around the theme of diversity.

Related stories:
Peacebuilding beyond borders
'This is a holy and good thing'
Different stages 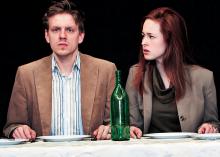 Johnny Wideman and Kimberlee Walker are members of Theatre of the Beat and co-facilitators of the restorative-justice drama program. (Photo courtesy of Kimberlee Walker)