Theatre of the Beat’s Johnny Wideman talks about his short story collection, To Aid Digestion 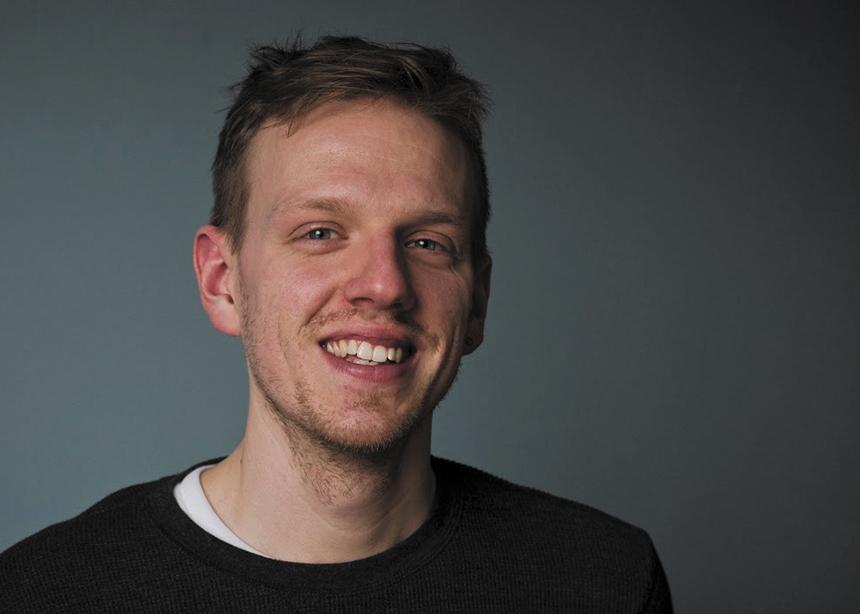 Most people know Johnny Wideman as a playwright and the artistic director for Theatre of the Beat, the social justice-oriented troupe behind plays like This Will Lead to Dancing and Yellow Bellies. Now Wideman has released To Aid Digestion, a collection of 26 original short stories and poems. Canadian Mennonite called the 30-year-old at his home in Stouffville, Ont., to discuss the book.

CM: People know you as a playwright, but how long have you been writing short stories? How did that come about?

JW: Not very long—probably since around 2010. I guess I started writing short stories as a way of keeping my skills sharp between plays. I started reading Roald Dahl and I had a book of his short stories and I was captivated by the idea of what you could communicate in just a short period of time. It became a bit of a practice on brevity for me, trying to condense a large idea into a small amount of pages.

CM: Do you have a favourite story in the collection?

JW: There are a couple stories in here that are true stories, which is kind of a new thing for me. I’ve always dramatized events and I’ve always written somewhat ideologically, where I explore a belief system through a character, and then as I write that character I’m basically saying, okay, how would [the character with] this belief system react in this situation?

I think that’s useful for political theatre and for trying to create social change through theatre, [like] what we do with Theatre of the Beat, but it’s not very personal. It kind of distances me and my thoughts sometimes from the work at hand.

For me, this project was [about] wanting to be personal and wanting to write about what I wanted to write about, and not even necessarily consider who the audience might be. It made it a lot more honest.

CM: Tell me about your mantra, “Find inspiration at all costs.”

JW: I think I understand God through inspiration—this idea of this presence that you feel that is good and is creative. Inspiration is what causes creativity, it’s what causes things to exist.

I think it’s very rarely that a bad idea or a non-benevolent thing comes out of inspiration. I think it is a purely good force, which is probably why I connect it to God in some ways. . . . The trick for me has been [finding inspiration] through play. I’ve been really trying to [make] time to play because I think that that is what makes me feel inspired.

At 28, I took up skateboarding again, which is kind of embarrassing at the skateboard park with these eight-year-olds giving me tips and stuff, and when I fall they all rush over to see if the old man’s okay.

But it’s been really good because I’m doing something purely for the sake of doing it. I have no illusions of becoming a professional skateboarder, and [I’m] just kind of making choices like that, where I’m working at something because it’s fun and it excites me and it inspires me.

Those experiences have been really leaching into my life, and I think I’ve been able to feel more inspired in my personal relationships and the work that I’m doing. It’s helped me put things into perspective in a very helpful and useful way.

CM: What is the greatest lesson you’ve learned about writing?

JW: I think it’s been to trust your instinct. I’ve learned that I just need to trust myself and not try to write what I think an audience wants to hear or needs to hear, but just try to write from my own place and what I’m wrestling with and dealing with, and trust that it’s still very universal and will connect with an audience. . . .

With Theatre of the Beat, I know who my audience is. I’m writing in many cases for the Mennonite community. I’m thinking about how I can challenge this community, what I can say to this community, which has been tricky at times.

Through [writing] the short stories, this has been the thing that I’ve learned: I do have a lot to say, and it’s easier to write when I’m not overthinking it and when I’m just writing from this honest place, and to try to just be confident in that.

I think if there’s such a thing as a voice for a writer, that’s where I’ve found my voice: Just writing what comes naturally to me. I really do think that has come through in this collection.

This interview has been edited and condensed. For more information, visit johnnywideman.wordpress.com. 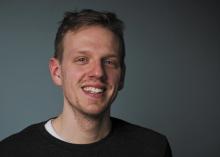 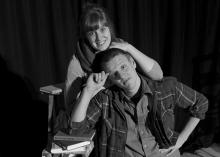 Writing short stories has been different than writing plays for Wideman, pictured here with one of his Theatre of the Beat colleagues, Rebecca Steiner. (Photo courtesy of Johnny Wideman) 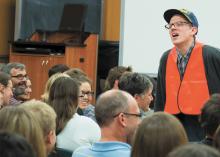 ‘With Theatre of the Beat, I know who my audience is,’ says Johnny Wideman, pictured here performing in This Will Lead to Dancing. (Photo courtesy of Johnny Wideman) 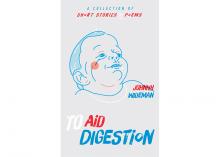