‘I realized I had been duped!’ 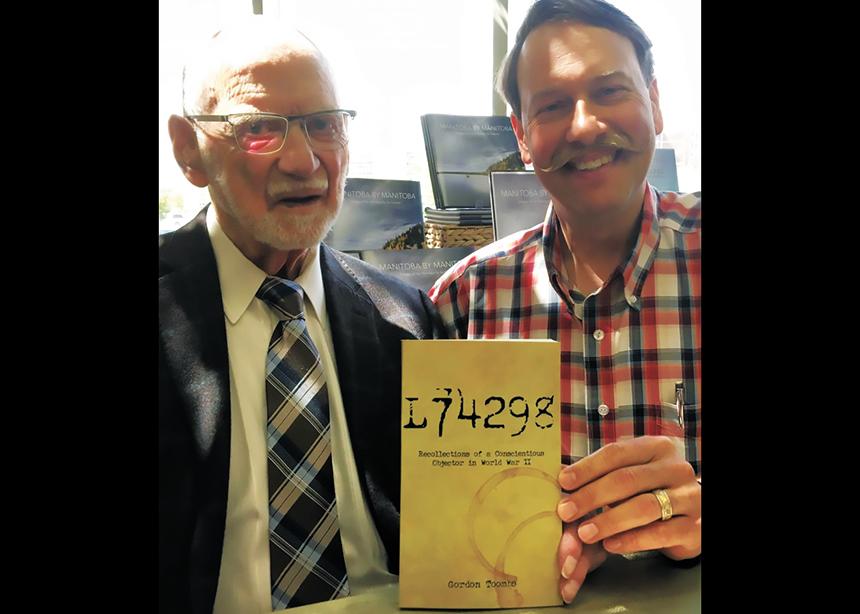 Gordon Toombs was deceived by the Canadian military when he tried to register as a conscientious objector (CO) during the Second World War. His recent book, L74298: Recollections of a Conscientious Objector in World War II, is dedicated to Conrad Stoesz, archivist at Winnipeg’s Mennonite Heritage Archives, in gratitude for revealing the deception.

The 98-year-old United Church minister reveals what he calls an embarrassing, almost 80-year-old secret, in a self-published book with his enlistment registration number as the title. Arvel Gray, a former CBC news anchor, edited the book.

Toombs grew up in Saskatchewan during the Dirty Thirties, a time of extreme drought and economic depression across Canada. A theology student preparing for ministry in the United Church of Canada, Toombs and seven fellow students came to a pacifist position, believing that they should reject combat service in the military because Jesus calls his followers to love their neighbours and enemies, even if that requires self-sacrifice.

When called to military service in 1941, Toombs made clear to the enrolment officer that he was applying for CO status and wished to serve in the medical corps—a non-combatant duty for which he was willing to sacrifice his life. The officer indicated this was fine, but he would still need to engage in the same registration process as regular soldiers. Young and perhaps naïve, he followed these instructions, only to find himself in boot camp and training for combat service. Feeling betrayed, he decided to make life difficult for his commanding officers, something that frequently resulted in disciplinary action and the assignment of menial tasks.

Toombs protested throughout his entire four years of enlisted service, an art he said was learned from Saskatchewan farmers of the day. His tale is filled with many challenges to military authorities, including a somewhat humorous twist revealing how he came to be enrolled in both the army and the air force at the same time. Some of his friends faced persecution, and even jail.

Fervour for the war was so strong at the time, says Toombs, that the United Church supported the Second World War despite a statement at a 1938 General Council meeting that called war “a resort to hatred and violence/barbarism.”

Toombs found he was shunned by his own church. Even his pastor failed to contact him during his military service. The United Church archive does not name the group’s members nor their objections.

The young activist later went on to earn a doctor of philosophy degree in Christian ethics, eventually specializing in marriage and family counselling. But a full and fruitful life after the war never completely lifted the weight he felt for not following his convictions. He thought it was his own fault that he never made it into the medical corps.

In 2004, Toombs learned about the research of Stoesz, a specialist in the history of conscientious objection to war in Canada. The pair met at the Archives, where Stoesz explained that Toombs had been deliberately misled, and, under his circumstances, CO status only became a legal option in 1943.

Toombs exclaimed, “I realized I had been duped!” As the decades-old weight lifted, he became inspired to write about his experience and that of his friends, relying on his own correspondence and memories, as well as letters collected from his seven friends, all of whom are now deceased. The book is dedicated to Stoesz for his role in exposing the reason behind Toombs’s perceived failure to follow his convictions.

L74298 is available from McNally Robinson Booksellers online at bit.ly/orderL74298. You can also hear a 2009 interview with Toombs at bit.ly/toombsinterview. 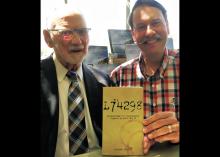