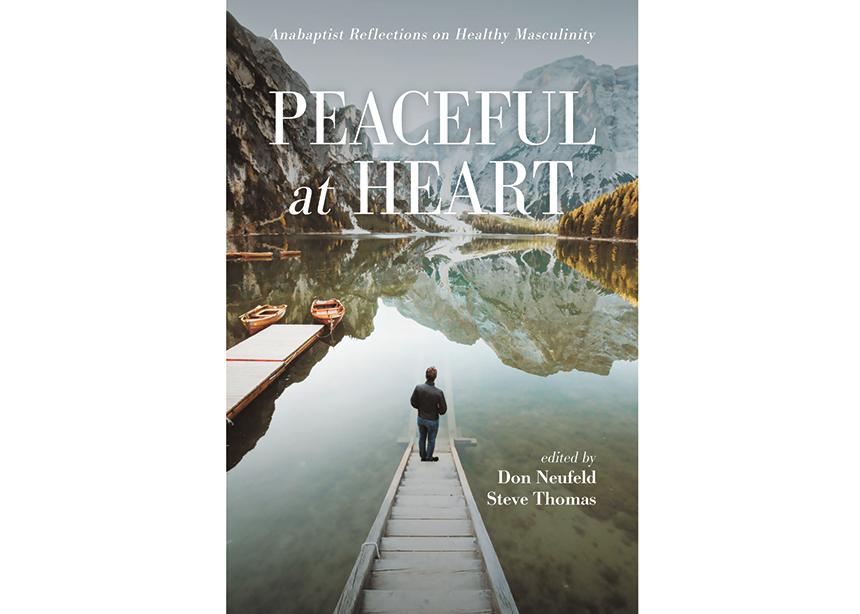 Once upon a time, living in splendid isolation, Mennonite men were moulded differently from the rest of society. Worshipping in a traditional peace church with a different set of values, they didn’t fit the western stereotype of a male. But today, Mennonite men are diverse; as much urban as rural, as much men of colour as white, and they have diverse views on politics, religion and lifestyle. Who are Mennonite men today?

Peaceful at Heart offers a glimpse into this world. Edited by Don Neufeld and Steve Thomas, Canadian and U.S. coordinators of the Mennonite Men organization, the book offers chapter after chapter of men exploring the question of what it means to seek healthy masculinity. The editors cast their net wide to include a cross section of Mennonite leaders in Canada and the United States.

It was with special interest that I read the “Perspectives” section, which includes stories about masculinity in a Mennonite context written by an African-American, a Canadian-Korean, a Latino, a gay man and an Indigenous man. The stories shared were honest, powerful and compelling.

Probably the most readable story for me was Leonard Dow’s sharing about his father, Lawrence “Deacon” Dow. The story follows a working man and a church leader, who displays integrity in the face of prejudice and an ability to walk straight and tall in the face of racism. Dow names three points of his father’s character that were examples of how to be a man: his dad was consistent; he sought to be compassionate; and he was courageous. Like most sons, he didn’t recognize these qualities in his father until much later in life.

The “Context” section explores masculinity from psychological, academic and traditional points of view.

The “Theology” section brings biblical and Anabaptist interpretations to the fore.

Marty Troyer’s chapter highlights that “Jesus models the kind of healthy lives men are to live. He embodies being peaceful at heart,” and, “As Anabaptist Christians, Mennonites are at our best when inner and outer peace are embodied as two parts of the same whole.”

But we are up against a world in which men are “peaceless at heart,” and they often choose denial when seeing or experiencing trauma. Our inner peace will drive our lifestyle of peace, but Troyer warns that the opposite is also true.

I was drawn in the “Practices” section to Scott Brubaker-Zehr’s chapter describing his research interviewing men for his doctor of ministry degree. He prescribes the following for healthy masculinity: create spaces to listen and reflect with other men; work towards integration of spirituality, theology, science and culture; explore the use of biblical and theological language with each other; and move toward disclosure of vulnerability and failure.

The “Afterwords” were responses written by three women—a nice touch by Neufeld and Thomas. As much as men need to talk with each other, we need to hear from our sisters. Cyneatha Millsaps highlights the stories that touched her. Carol Penner shares a part of her own childhood story to ask why abuse in families, especially Mennonite ones, was not covered in the book. Sara Wenger Shenk comments on the urgency “that we learn to talk with each other about what it means to be healthy humans as men and women.”

I agree. Can the church be a meeting place to talk honestly with one another, men to men, men to women, about what it means to be healthy? What steps can we take to become peaceful at heart, so that we can live in peace among ourselves? My hope is that the Mennonite Men organization will help men in our churches do just that.

If there is such a thing as a trickle-down effect, my hope is that the work of this book will trickle down into the churches, camps and groups like Mennonite Men.

But the book seems to miss the demographic of men in rural settings. Brubaker-Zehr’s study used urban, theologically progressive men of European ancestry. Some of the chapters feel like an academic read, as though the book wasn’t set up to be read by the average working man.

Doug Amstutz is a pastor, most recently of Poole (Ont.) Mennonite Church.

This article appears in the Oct. 28, 2019 print issue, with the headline "Mennonite men explore healthy masculinity."

Further reading from our Fall 2019 Focus on Books & Resources:
The world in colour
Journal connects Korean Anabaptists around the globe
'I realized I had been duped!'
CommonRead connecting churches from coast to coast
Overcoming the siren diversions of our digital age
Part memoir, part devotional reading
2019 List of Books & Resources 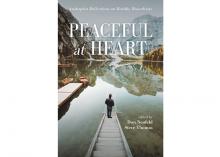