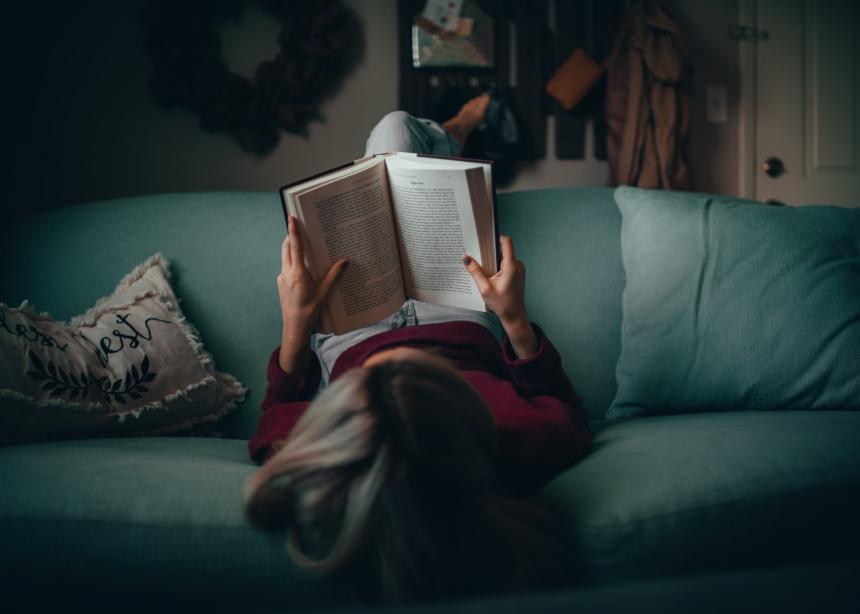 What is the most dangerous place in your community? The speaker at a large gathering of Christian university students queried us. “It is the library!” he answered.

Not the power plant or the open construction sites or the places where nasty things happen? Libraries are full of books, the speaker explained. Books are full of ideas, and people live and die for ideas. Reading and thinking are subversive!

As you can tell from this column, I read a lot. It’s a delight to get the periodic email asking about the book to which a past column referred. Like the book on “majority world theology,” written from places where the majority of the world’s Christians live (which is no longer in North America nor Europe). Or the book by an Indigenous scholar asking us to extend the notion of shalom-making beyond the human community to the entire community of creation.

I have never written a book, but I have edited a couple. In both cases, the books were on topics that I thought needed more exposure.

That might represent one of the key characteristics in the books I choose to read. I read to open myself up to the experiences and knowledge of those who are not like me. I do not want my own perspectives reinforced. I need to be challenged. But not just any challenge will suffice.

For a long time I deliberately subscribed to and read periodicals from different positions on the ideological spectrum. I have reduced that practice somewhat because there is a type of anti-intellectualism in some of those positions that is problematic. Our minds are part of the process of testing to see what is good (I Thessalonians 5:20-21), and by which we can be transformed (Romans 12:1-2).

Using our minds in support of our souls means discerning what books and resources are good, true, noble, beautiful—and accurate. This column will be published during COP26 in Glasgow, the annual United Nations negotiations on climate change. Maybe our collective church reading should be the Intergovernmental Panel on Climate Change (IPCC) report published a few months ago. This report presents the physical science indicating “code red” for God’s planetary creation. The social science shows that the climate emergency will most greatly affect the marginalized of the world.

When the last IPCC report was published six years ago, someone handed me another book—by the so-called NIPCC. This “Nongovernmental International Panel on Climate Change” was actually three scientists funded by a well-known denialist organization, trying to cast doubt on the climate science produced by the thousands involved in the IPCC. They had produced a publication that closely mimicked the graphics of the official IPCC reports. It was deliberately confusing and required more diligence to evaluate than most people have time or capacity for. So not all reading is equal.

Books are dangerous; reading requires discernment. It is difficult to know how to judge what we read in this “post-truth” era. A key principle I use is to lean towards those perspectives that are from, or that promote, the flourishing of the unfairly marginalized peoples of the world rather than perspectives that reproduce the positions of the already advantaged. Learning from those considered “the least of these” in the world’s eyes, is one means to extend beyond my own limited experience in a way that seems most congruent with the gospel. That seems like Jesus’ way.

Read more Mind and Soul columns:
What is learning?
What is enough?
Is it moral to bike?
Majority-world theology
Vaccination colonialism

Thanks for this encouragement to continue to read alternative viewpoints.

Thanks Randy for this article. Working in a library for many years has led me to meet many people who believe that books are 'friends'. Like yourself, I try to read from a variety of sources and viewpoints but these days, have seen many books published that may be construed to confuse and misrepresent. To say we live in the post-truth era is to acknowledge that all of us, readers, teachers, leaders need to work to wisely discern and more importantly, to teach others to realize that while books are dangerous, they are incredible tools to see others, to gain their perspectives and to learn about anything and everything! Your statement: "Our minds are part of the process of testing to see what is good (I Thessalonians 5:20-21), and by which we can be transformed (Romans 12:1-2)." is a timely reminder for us book lovers.