Is it moral to bike? 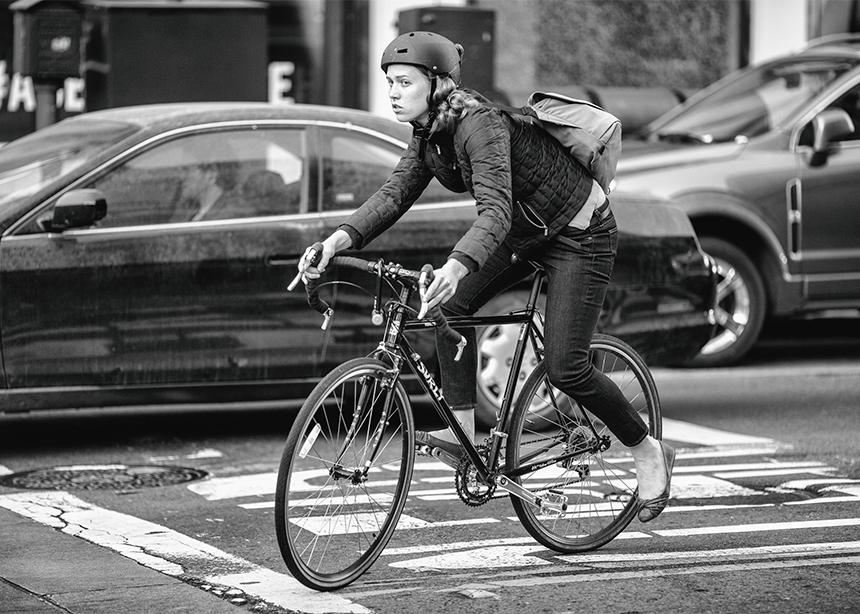 What is a bike to you: Exercise? A commuter vehicle? Opportunity for a family outing? Tool for close-by errands? A connection to simple living? Related to your spirituality?

One day, when the kids were young, I came home really upset from a near-altercation with a car during the rush-hour commute from work. You know who would lose that encounter—not the metal-armoured driver riding some two tonnes of petrol-fuel power. It would be the fragile flesh draped around a little frame of hollow tubes and gears.

The kids had seen me come home fully adrenalized before with complaints about unsafe streets and scary drivers. I used to be a white-water rafting guide; city cycling where there are no bike lanes sometimes feels like that activity. The kids said “If you get hurt because the roads aren’t safe for cycling, you are choosing to put yourself in harm’s way, and that’s wrong!”

They might be right! There are some individual health benefits to cycling, and it is cheaper than driving, but most of the benefits are for the public, such as less pollution and road congestion. That is why cities promote “active transportation,” which includes walking, scooters and more. These public goods come at increased personal risk. The consequences of an accident would be borne by my family more than society. So the question remains: Is it moral to bike on city streets?

We already talk about transportation in moral terms. I don’t need to repeat the criticisms, stereotypes and heated rhetoric. Every decision about transit fares and routes, bike lanes or space for automobiles, walkability or lowered speed limits on roads is a decision based on competing choices about what is desired or “good.” (Let me also be clear that I absolutely do not ever mean to imply that the choice to cycle is morally better than another person’s choice of any other transportation option.)

However, some research shows that transportation choices rely almost entirely on one variable: “How fast will I get there?” The second big factor is: “What am I used to doing?” That is a morality of habit and individual convenience.

As I prepared this column, someone actually asked, “Could it actually be immoral to design our cities for cars?”

Cars kill lots of people. Directly, there are about 100 fatalities a day from motor vehicles in Canada. Should we be concerned about 36,000 deaths a year? (Editor's Note: Please see note from Randolph Haluza-Delay in the comments below regarding this statistic.) Motor vehicles also cause death, injury and illness indirectly. They decrease air quality. They increase obesity and generally lower health far more than they improve health. Shall we mention climate change?

But we have designed our cities and society for these direct and indirect not-good outcomes. Normally, we consider it undeniably immoral to deliberately increase opportunities for immoral action.

I know there are counter-arguments. But before you say cycling is an elite activity, cycling might actually lead to greater social justice, as bicycles are used far more by lower socioeconomic classes everywhere in the world. E-bikes are also a game-changer, allowing even an octogenarian in my church to keep up with the rest of us during a charity ride. Still, others will point out that cars add convenience, or say pedestrians or cyclists are sometimes at fault when they collide with an automobile by distracted walking or biking.

The gospel is about joining God to do the good that we think helps all people flourish. Consciously designing how we live and move about for just that purpose is a good moral path.

When not cycling, Randy Haluza-DeLay (haluzadelay@gmail.com) does actually drive a car.

Read more Mind and Soul columns:
Majority-world theology
Vaccination colonialism
What does UN ‘peace’ mean?
Don't be like Jonah
The practice of Lent 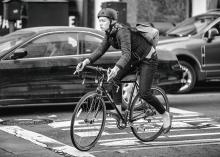 Thanks to an eagle-eyed questioner who asked for the source of my info. I made a mistake. Fatalities in the UNITED STATES are around 36,000 per year (the column stated that this was Canadian facts). Fatalities in CANADA are just under 2000 per year (1928 in 2018, continuing a downward trend over several years).
In comparison, on average 74 cyclists die annually, and that does not appear to have changed in 2020, even with fewer cars on the road and some cities building temporary or permanent infrastructure or implementing road closures-to-cars (https://cyclingmagazine.ca/sections/news/in-2020-major-canadian-cities-s...). According the the CAA (Cnd Automobile Assoc) 73% of those are from being hit by motor vehicles (https://www.caa.ca/sustainability/cycling/bike-statistics/)

If really interested, you can read a peer-reviewed article from the journal "Transport Findings" on how Covid-19 cycling measures increased accessibility, but it depends on how road factors reduce rider stress. Less stress means more riders of all types - families, children, etc. (https://findingspress.org/article/19069-the-impact-of-covid-19-cycling-i...)