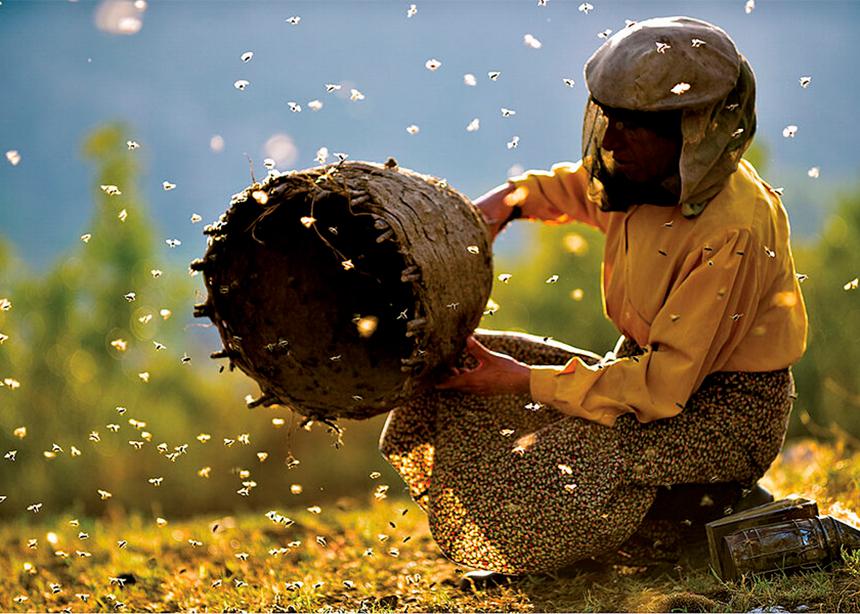 This past year, I followed a honey gatherer up Macedonian hills, watched a recording session with a legendary jazz singer, witnessed the political turmoil within Denmark’s parliament, and traveled throughout Canada to the strains of Handel’s music. All these adventures happened while I lounged on the living room sofa.

A favorite pastime for my husband and me is to watch feature movies, television series and documentary films together. Hunkered down during the pandemic lockdowns, with access to cable TV and various streaming options, we’ve explored the world through a TV screen.

As followers of Jesus, Christians are charged to love other people, including those quite different from us. In an indirect way, the time you and I spend in front of the screen could help us grow in that love, if our viewing cultivates understanding and empathy.

Films have helped me to step into someone else’s shoes and experience life in other times and places. Through watching movies, I’ve gained insight into historical events and walked alongside famous and not-so-famous people as they struggled for love, justice and meaning.

In these stories, I’ve witnessed families breaking and building bonds of love, and disparate individuals learning to create community with each other in challenging circumstances. I’ve seen movie characters ask philosophical and theological questions and find answers that made sense to them. On the screen, I’ve witnessed acts of courage and selflessness as well as lives of despair and regret. And of course, sometimes the movies are just plain fun (Princess Bride, anyone?)!

The movie-watching experience is enriched when thoughtful conversation can happen afterwards. Before the pandemic, my spouse and I liked to screen a movie at our local independent theatre and then meet up with friends for conversation about what we had just seen. For many years, we’ve been a part of a film group, organized through church friends, that meets once a month for film watching, conversation and food. Currently, the group meets via Zoom, but we hope to get back into each other’s homes again when that’s possible.

Through the film group experience, I’ve observed the variety of tastes when it comes to the media we watch. Each month, the host picks the title everyone will watch, obviously something that the host recommends. The selections have been varied, and the discussion has shed light on how well—or not—any particular piece resonated with individual viewers. I’ve watched films that I wouldn’t have chosen for myself, and I’ve learned to know my friends better as they explain why their chosen films were meaningful to them. As we explore the story together—characters, plot, acting, direction, setting, visual presentation—each viewer’s contribution adds to the depth of piece.

How to find quality movies and shows that promote understanding and empathy? I read and listen to reviews and keep a list of titles for future viewing. One source is Rotten Tomatoes, a website that aggregates reviews of film and shows and includes links to reviews by professional writers. To see films and shows that might be worth your time, check out the list of “certified fresh” ones on that site. The higher the percentage attached to a title, the more reviewers have given it a thumbs-up. The site also has movie trailers that can help you decide.

It’s helpful to follow certain reviewers and to heed their recommendations. In the Mennonite-Anabaptist world, the duo of brothers Vic and Walter Thiessen writes a blog and sends out email newsletters with their picks. Annually, they publish a list of what they consider to be the best titles from the previous year.

Sometimes a TV show host gains a good reputation, and you can be pretty sure that their next show will be something of value. This past year, we watched The Black Church: This is Our Story, This is Our Song, an excellent documentary series on the experience of the American Black community, shown on Public Broadcasting Service. Host Henry Louis Gates Jr. is respected as an interviewer, historian and literary critic. He also hosts the television series, Finding your Roots, in which guests learn about their ancestors’ stories through genealogical research.

Of course, summertime isn’t the time to spend many hours in front of a screen; on a pleasant summer evening, it’s good to choose more outdoor adventures. But maybe it could be a time to build that list of to-be-watched adventures, for when the snow is flying.

In case you’re wondering, the titles of the adventures above were:

To see these and other titles, check out the offerings on your cable service and subscription streaming services. For no-cost viewing, there’s your local library, where you might find titles on DVD or Blu-ray to borrow. Some libraries have a digital borrowing service like Hoopla or Kanopy. These allow library patrons to stream titles on their computer or tablet, at no cost. Some TV networks offer free streaming options like CBC’s Gem app, for example. One no-cost option is YouTube, and don’t forget the National Film Board of Canada, a source for lots of free viewing.

Which onscreen adventures have inspired and entertained you? Are there any that helped you grow in understanding and empathy for your neighbours? Feel free to drop a few titles in the comment section below, along with a one-sentence reason why you’d recommend each one. (Movies that promote violence or sexual exploitation don’t count.) 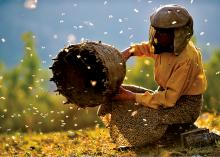