Not because they were male 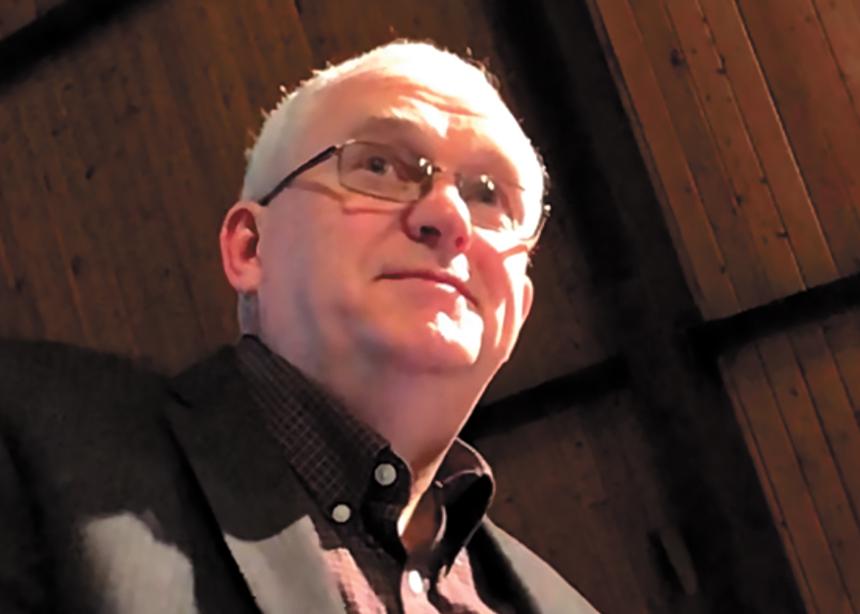 Don Neufeld shares his reflections on the themes of masculinity and Anabaptism at Grace Mennonite Church in St. Catharines, Ont., on May 3. (Photo by Jonathan Seiling)

Don Neufeld shared his reflections on the themes of masculinity and Anabaptism at a “Probing the potential for peace” discussion series held at Grace Mennonite Church in St. Catharines on May 3.

His insights came from years of experience working for House of Friendship in Kitchener, Family and Children’s Services in Niagara-on-the-Lake, and for almost a decade as a private-practice therapist in St. Catharines. He was recently appointed coordinator of Mennonite Men in Canada.

After more than 30 years of working in the social-work field, he feels compelled to give voice to a perspective on the lives of men.

His first job in Kitchener with socially disadvantaged men led him to realize how differently he had been raised within a stable and secure family, a supportive community and a belief in a loving God. This difference in child-rearing helped him make better choices than the men he was working with, who were struggling with the consequences of their actions. But as he encountered these abusive men, and listened to their stories, he realized that they had also been abused and neglected. Their unacceptable behaviour came from their experiences, not because they were male.

Much work needs to be done on gender and justice issues for the purpose of bringing healing to hurting men, and for building healthier relationships in the family and in the community, he said.

Neufeld looked at three areas of Anabaptist theology for what it offers:

The revisioning of masculinity is to give men more opportunities to grow emotionally, relationally and spiritually, to become whole. Men need to work on healthier relationships, for the sake of future generations. 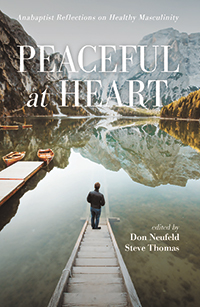 Much of his presentation was based on Peaceful at Heart: Anabaptist Reflections on Healthy Masculinity that he co-edited with Steve Thomas. This new resource addresses these issues; 16 men contributed chapters, and three women provided reflections.

People who attended the discussion found the topic intense.

“I was most impressed by Don Neufeld’s presentation,” said Desmond Dequiera. “One reason is that . . . he proposed that it would be incorrect to assume that men are innately violent. Rather, most violence in men can be attributed to historical socialization, often starting from the ‘cradle.’ ”

“I came away from Don’s talk encouraged, with hope that his . . . book will be a tool to help men overcome cultural and socialization influences, which keep them from being able to relate to women in healthy and equitable ways,” said Ruth Beekhuis.

JoinMen for a better world 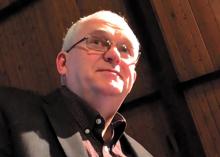 Don Neufeld shares his reflections on the themes of masculinity and Anabaptism at Grace Mennonite Church in St. Catharines, Ont., on May 3. (Photo by Jonathan Seiling)

Thanks to Don Neufeld for his tireless pursuit of better ways to help men for whom peace and fulfillment seem to reside on the other side of a treacherous chasm. I'm looking forward to the book. We have yet to learn how to raise our children to live well in a too-rapidly-changing world.