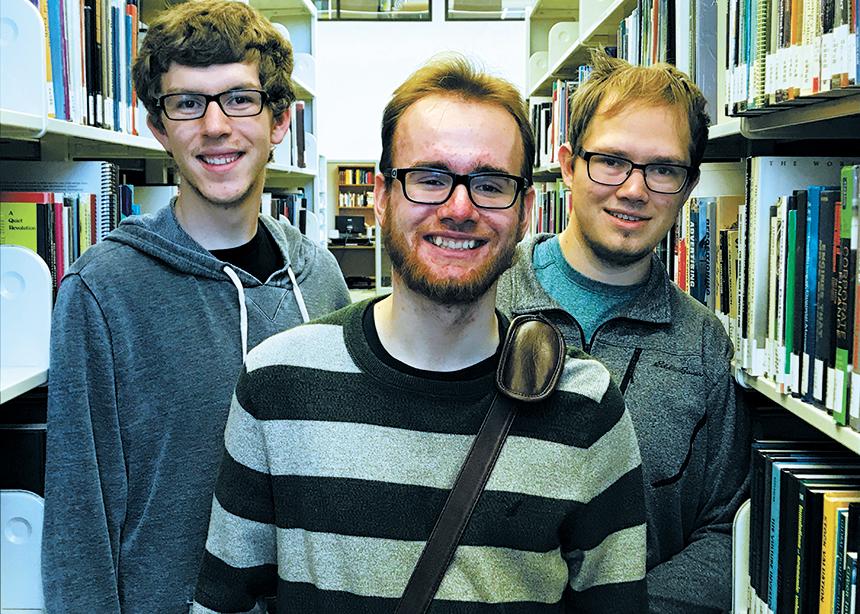 Last March, they gathered a group of men together with the purpose of fostering deeper friendships by intentionally talking openly and honestly with each other. The group has since come to be known as Boy Talk—a play on the phrase “girl talk.” Today, it consists of 11 students at Canadian Mennonite University (CMU) in Winnipeg.

“There wasn’t a lot of thought put into it, really,” says Schlegel, 20, a third-year philosophy and theology student from Morden, Man. “We thought, let’s just invite a bunch of people we know and are, to a degree, friends with, and would like to get to know better.”

The group usually meets every Friday. Sometimes there’s a serious topic on someone’s mind that the group discusses, and sometimes they just have fun together playing board games.

Discussion topics have included the strengths and dangers of political correctness, what it looks like to have healthy relationships, mental health in the context of a university setting in which workloads can be taxing, career aspirations, faith, and making a difference in the world.

Zachary Stefaniuk, 20, a third-year biblical and theological studies major from Hague, Sask., says, “We are in a very individualistic world, where you are almost forced to keep all your problems to yourself unless you’re about to explode, and only then are you allowed to talk to someone.”

“It’s taking the time for intentional bonding, intentional community,” says Darian Neufeld, 20, a third-year communications student from Edmonton. The point is not to be a “no-girls-allowed” space, he says, but rather to foster male friendships in a culture that champions male toughness over everything else. Showing vulnerability and emotion in today’s society is typically feminized and equated with weakness, he adds, a viewpoint that Boy Talk is trying to work against.

“The baggage of patriarchy, and this idea of strength at the expense of any sort of vulnerability . . . is something that affects us all negatively, and overcoming that needs to be worked out on multiple fronts,” Schlegel says.

For the members of Boy Talk, meeting together has a number of benefits.

Schlegel appreciates being able to put his trust in other people and receiving the trust of others in return. “I get a sense of self-worth out of having relationships with people who see me as a valid person with whom to share something about themselves and things they’re struggling with,” he says. “That gives me a fuller picture of who I am—both someone who needs care and can care for others.”

Neufeld says that being a part of the group has taught him the value of respectfully disagreeing with someone. “The fact that I think differently than someone else doesn’t make friendship impossible and it doesn’t devalue either of us as people,” he says. “It also doesn’t need to go unaddressed. You can have these [disagreements] and come out the other side still friends.”

“It’s also just fun,” he adds, when talking about what he appreciates about Boy Talk. “I have a good time.”

The members of Boy Talk aren’t sure what the future holds for the group. They don’t want to be exclusive but they also don’t want to grow too large.

Stefaniuk hopes Boy Talk inspires men to start groups of their own. “Something we want to do is say it’s important to build relationships,” he says. “It may be hard to build stronger relationships, but [they] can help you a lot in times of struggle.”

The members of Boy Talk aren’t alone in their desire to connect with their emotions and their fellow men. In November, MensHealth.com reported on Evryman, an organization in the United States that offers weekend retreats and weeklong expeditions for men who want to access their emotions and connect “more deeply to their loved ones, their life’s work and themselves.”

Closer to home, there’s Mennonite Men, a men’s organization for Mennonite Church Canada and MC U.S.A. with a mission of “engaging men to grow, give and serve as followers of Jesus.” In the past year, Mennonite Men has started offering retreats related to healthy masculinity.

Men must rise to embrace healthy masculinity, leaders from the organization wrote in a statement released in February 2018: “As we recognize that masculinity too often falls prey to baser impulses, we can begin to redeem our own masculinity and envision healthier expressions. As men committed to our personal journeys of healing we must join the critical work of dismantling oppressive systems and reconstructing ways of living that serve the well-being of all people.” (See their statement here.) 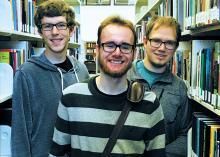 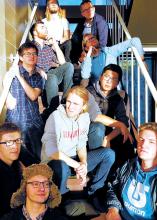