Myanmar church growing, though half its members displaced 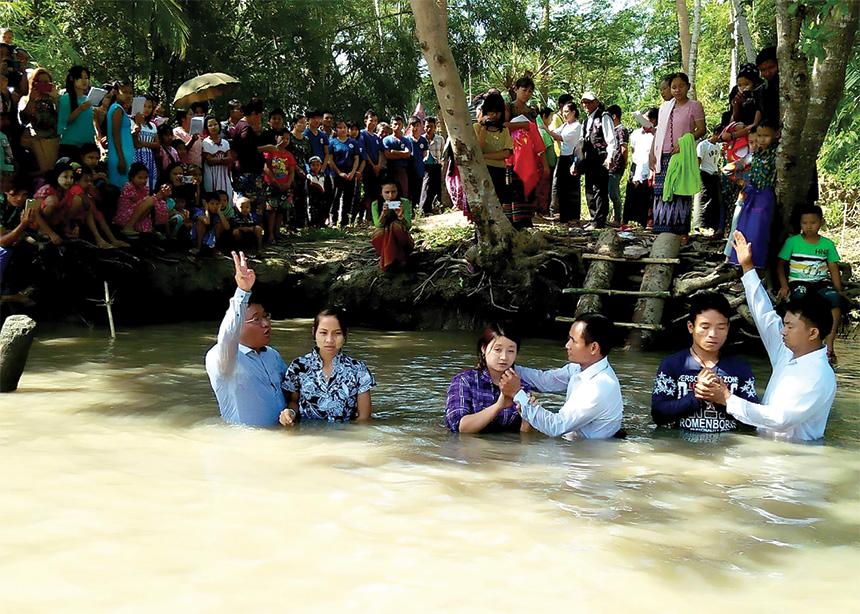 Roughly half the members of the Bible Missionary Church (BMC), a Mennonite denomination in Myanmar, are now displaced. An estimated 415 families, or 2,000 people, have fled to the jungle or elsewhere in the vicinity of the border with India to escape escalating civil unrest.

Amos Thang Chin, president of BMC, said via video call from Yangon, Myanmar, that food shortages and lack of medical supplies are the most urgent needs of displaced church members. With the rainy season has come an increase in malaria and other diseases. The area is largely cut off from the rest of the country, with access only via India.

“They are the forgotten people,” Chin says, noting the inadequacy of international aid efforts.

The BMC families are among about one million displaced people, according to Chin. The country of 55 million has barely had a break from civil war in 70 years. A violent military coup on February 1, 2021, started the last round of conflict between the military and various regional and ethnic armed groups.

While most of the displaced BMC members are in western Myanmar, Chin said there was “killing and bombing” in the southern capital, where he lives, the night before we spoke.

Chin and BMC are actively reaching out to the world. BMC, which joined Mennonite World Conference (MWC) in 2009, recently signed a Joint Ministry Agreement with Mennonite Church Canada, establishing a formal relationship. Building on past connections with MC Canada and Mennonite Church Eastern Canada, Chin met with MC Canada executive minister Doug Klassen at the recent MWC assembly in Indonesia.

Both men were chosen to be part of the MWC executive, which is scheduled to meet in B.C. next year.

Chin emphasizes the importance of the partnership, which is the sort of relationship they have been praying about for years. Despite being a member of MWC, Chin says BMC has had limited direct contact with Mennonites elsewhere. For him, that broader foundation is essential to the ambitious vision of BMC.

In addition to caring for its displaced members as best it can, the other focus of BMC is “evangelism, discipleship and church planting,” largely focussed in areas nearer to Yangon.

Doug Klassen says Chin’s “energy for the church is infectious.”

“He’s an apostle,” Klassen says exuberantly, noting how Chin is the sort of person who says of the church: “What can we do, where can we go, how can the witness be extended.” And he does so from a deep connection to a prayer life and community, says Klassen.

He says the turmoil in his country has people hungry for hope. “People feel they have no future,” he says. “Now is the time to evangelize. . . . We preach that there is hope: Jesus.” Chin reports 182 converts in the past two years because of BMC work.

While energized by “mission trips” to various regions of Myanmar, Chin is deeply concerned with the worsening upheaval and suffering in his country. He worries the country is deteriorating into a failed state.

Amid the violence and chaos, a particular challenge Chin mentions is that some church members are joining armed resistance groups. While church leaders urge members not to enlist, Chin says that people whose homes and property have been destroyed and whose family members have been killed are obviously going to feel deep “tension” and may well give in to a desire for revenge. “This is the great challenge,” he says.

“We are Anabaptist Mennonite people,” he says insistently. “We don't support armed groups. . . . This is not the will of God.”

The Mennonite roots of Bible Missionary Church go back to 1989, when Chin began two years of study at the Mennonite Brethren Bible college in Shamshabad, India. He founded the first BMC church in 2002. His vision now is that Mennonites would have a “strong presence” in the country. “We would like to show we are Mennonites in Myanmar.”

Over time Chin has met various Mennonites from abroad. At the 2015 MWC gathering he met staff of MC Eastern Canada. In 2019 he met Norm Dyck, who works for both MC Canada and MC Eastern Canada. Dyck has travelled to Myanmar twice and helped build the growing relationship.

Much to teach us
Dyck says that BMC, as well as Myanmar Missions International (MMI)—another MC Canada partner—“are deeply committed to a discipleship and church planting vision to impact Myanmar with the Gospel of peace rooted in Jesus.” He adds that both “have much to teach us about being authentic followers of Jesus cross-culturally and interculturally.”

Klassen echoes this, quoting John Roth of MWC, who said, “renewal and new life in the church . . . will only happen to the extent that we are attentive to what is happening in the global church.”

Chin is eager to see the partnership develop. “Alone we cannot do this,” he says of attaining the BMC vision.

At this point on that path of partnership he pleads for prayer for those forced to scatter from their homes. “Prayer can make a difference.”

To support BMC, or MMI, financially, send a donation to your regional church with the appropriate designation. 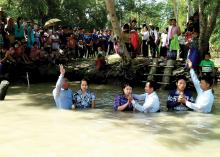 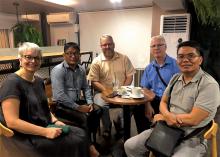