Violence in Myanmar, prayers in Canada 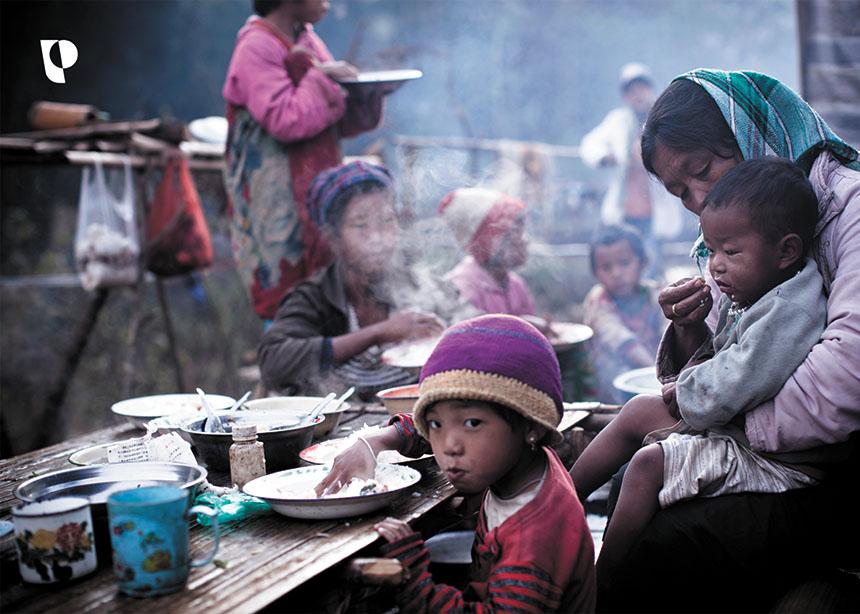 What for many of us may be a fleeting headline about strife on the other side of the world is for others within our faith family a heartbreaking reminder of a painful past and ongoing hardship for relatives in their country of origin.

Such is the case with news from Myanmar, limited though it has been. The country of more than 100 ethnic groups has barely had a break from civil war in 70 years. A military coup last February led to the killing of nearly a thousand peaceful demonstrators and renewed violence against ethnic groups that the military dictatorship sees as a threat.

United Nations Secretary- General Antonio Guterres has said an “urgent” international response is needed to prevent the situation in Myanmar from turning into a “catastrophe.”

Aung Mya Thein is a pastor of the congregation of Karen ethnic people from Myanmar at Living Hope Mennonite Fellowship in Surrey, B.C. “Most Karen people in our congregation have family and friends back in Myanmar, as well as in refugee camps in Thailand, and in the displaced camps in Myanmar,” he says.

In the part of Myanmar that most of his congregants come from, Thein says people experience hardships like “houses being burnt down by the Burma Army, household properties and domestic animals being looted, villages being shelled,” and villagers needing to flee to the jungle for their lives.

This is also true elsewhere in the country—especially in Chin State—where the military faces off against armed resistance groups. A church contact in Myanmar, who asked not to be named for security reasons, says the military will consider entire villages in conflict areas to be aiding and abetting the resistance and they are thus legitimate targets. He says Myanmar is “slowly becoming a failed state.”

The case of Reverend Leng Thang of Calgary Chin Christian Church is particularly troubling. As reported in a call to prayer put out by Steven Giugovaz, MC Alberta’s church engagement minister, Leng’s wife’s brother was killed in the violence. Two other deaths hit her family in Myanmar as well. In addition, Leng’s father has been diagnosed with Stage 4 cancer, and medical services are largely non-existent.

I was unable to reach Leng directly, as he is occupied caring for his family and congregation.

A majority of Chin and Karen people in MC Canada congregations have family members suffering in Myanmar, as well as their own histories of upheaval.

A personal history of upheaval

Thein of Living Hope shared his story with me.

He was studying philosophy at Rangoon University in 1975, when the body of U Thant, former secretary-general of the United Nations, was returned to Myanmar (then called Burma) for burial. The government at the time was hostile to U Thant. During a procession, monks and students from the university took the coffin and gave their late countryman a more dignified burial than the government had planned. Tensions soared. Thein happened to be on the campus on an evening when the army surrounded the campus and arrested everyone trapped there. He spent a month in prison.

“I did not experience physical torture,” Thein recounts, “but I became aware of incidents that had me feel the shadow of the informers. . . . I felt psychological insecurity.”

A couple weeks after his release, he moved to a “liberated area” on the Thai-Burma border controlled by the Karen National Union. There, he became a teacher and headmaster. He also converted from Buddhism to Christianity and married another teacher.

A major military offensive forced them to move to Whalley, also on the Thai-Burma border. Then, in 1987, the Burmese army attacked and occupied the area, forcing them to cross into Thailand. While crossing into Thailand, Thein lost his leg to a Burmese army bomb.

In 1994, the Karen Democratic Buddhist Army overran the Karen National Union and occasionally crossed over to the refugee camps. “They burned down houses, did the killings or kidnapped the people,” Thein says.

As camp leader and teacher, he was at risk. The field coordinator for Karen refugee camps—who had worked previously with Mennonite Central Committee (MCC) assisting Vietnamese refugees—offered to help Thein go to Canada through MCC sponsorship.

As for the other Karen people in his congregation, Thein says: “[T]hey also were forced to flee Myanmar because of the Burmese military regime’s major offensives and human rights violations in the Karen State. At first, they became displaced persons inside Burma. When the fighting prolonged, they had to cross into Thailand and became refugees for a couple years and then were resettled to third countries.”

A majority of people in the Karen and Chin congregations in MC Canada came to Canada as refugees.

Recognizing the suffering in our nationwide faith family, Doug Klassen, MC Canada executive minister, says to the Chin and Karen people among us: “We consider ourselves siblings of yours in faith, and we are determined to find ways to be the church together and for their burden to become our burden.”

In addition to the calls for prayer, Frank Berto, a pastoral colleague of Aung Mya Thein at Living Hope Mennonite, says Partners Relief & Development is an organization doing good work both in Myanmar and surrounding refugee camps.

Greg Toews, who is the national director of Partners Canada, says the organization was started in 1994 in response to the civil war in Myanmar. He describes Partners as “a Christian humanitarian service organization that firmly believes that to love is to act. We act by providing emergency relief during acute crisis events and by working with communities of displaced families to design sustainable development initiatives.” 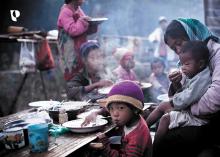 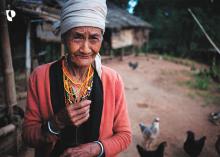 A grandmother from Karen State, Myanmar. Violence has broken out in this area, leading to a new wave of displacement.