MC Manitoba looks to the future amid a pandemic

Annual church gathering focused on being ‘rooted in Christ, reaching out in love’ 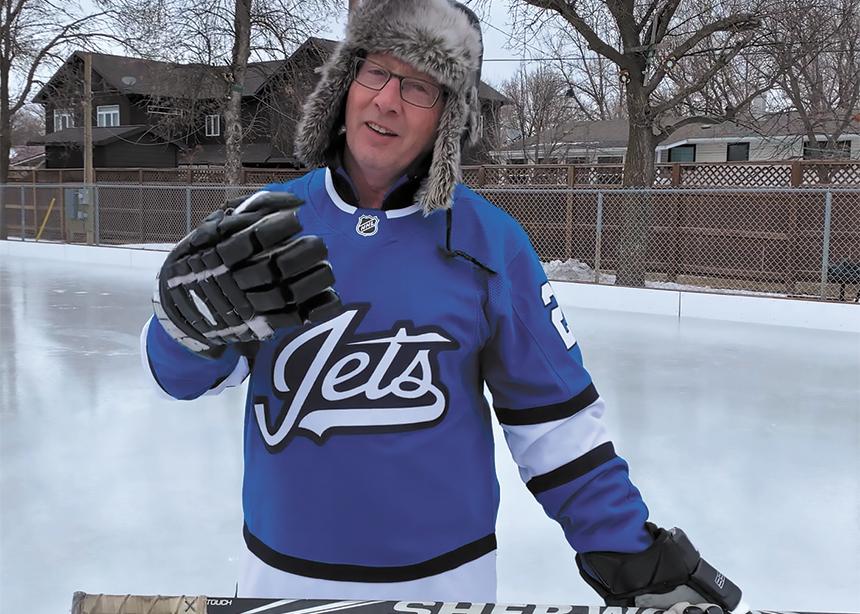 Mennonite Church Manitoba’s 74th annual gathering was confined to screens this year due to the ongoing pandemic, but reports of the regional church’s work came from all over the province, like a small-town ice rink and the Camp Assiniboia lodge.

These pre-recorded videos from regional church staffers joined a morning of worship, Q&A periods and voting. Participants numbering 175 gathered virtually on March 6, including 115 delegates representing 31 of the 39 MC Manitoba congregations.

The morning began with the installation of Michael Pahl as MC Manitoba’s new executive minister, making formal a position he started on Jan. 1. In his meditation, he drew on the Apostle Paul’s words in Colossians 2: “For though I am absent in body, yet I am with you in spirit, and I rejoice to see your morale and the firmness of your faith in Christ.” He encouraged congregations to notice where God is at work and to move forward with hope despite being physically scattered. “Who are we, as Mennonite Church Manitoba, and what is it that God is calling us to become?” he asked participants.

The gathering’s theme, “Rooted in Christ, reaching out in love,” symbolized the way people have cared for each other this year and pointed to the thread of peace and justice that wove throughout the morning. Participants heard about congregations working with food banks and economic justice.

MC Manitoba and Mennonite Central Committee Manitoba announced a new initiative: the Mennonite Indigenous Solidarity Group of Manitoba. The group will respond to invitations from Indigenous people to partner in projects and create resources and a safe place for Mennonite-Indigenous conversations.

Pahl said part of his role is “to draw us into important conversations of how our Mennonite identity and faith intersects with the deep needs that we find among us, in our communities, and in our world.” He asked how Mennonites might live into the calls of the Truth and Reconciliation Commission, advocate for peace in Palestine and Israel, and tackle climate change. “How do we root out racism and misogyny among us, so that we can live more fully into the abundant life of Christ together?” he asked.

Delegate Erwin Warkentin of Bethel Mennonite Church asked about the regional church’s plans to revisit the conversation about including LGBTQ+ people in the church. In 2017, MC Manitoba congregations agreed to make space for different understandings of marriage in the church, and they put a three-year moratorium on the conversation. But reviving the discussion last year didn’t happen after COVID-19 hit.

Pahl said he has begun “exploring how best to fulfil this commitment we made to each other,” to see how the Spirit has nudged congregations. He will discuss with pastors, then make a plan with the board.

However, the regional church ended the fiscal year with a surplus. Operating expenses were almost $38,000 lower than expected, reduced by not having a permanent executive minister on staff for six months, lower travel costs and staff layoffs. MC Manitoba forwarded less than it budgeted to MC Canada, a compensation for past overpayments. Unexpected government subsidies and capital funds also helped.

The camp budget for 2021 is a set of projections based on two possible scenarios, since there is so much uncertainty about what vaccination speeds and government restrictions will be. Either scenario will produce a significant deficit, which CwM will try to weather in several ways, including applying for grants (it recently received a Winnipeg Foundation grant for $30,000) and fundraising for a COVID-19 stabilization fund.

“We’ve enjoyed 70 wonderful years of camping ministry and we hope to serve for 70 more,” Fontaine said.

Whatever that final deficit is for 2021, with hard work from staff and the continued generosity of donors, MC Manitoba will make it through, Pahl said: “I suggest that the story these numbers tell is this: that even in times of turmoil and uncertainty, God has provided and God will continue to provide.”

The budget and projections were passed, along with the minutes, board actions and nominations slate.

The meeting concluded with a wave of appreciation from participants, who thanked the staff and board for a creative and well-executed meeting. One delegate said what many seemed to be feeling: “This has been a great delegate meeting. I feel hopeful.”

Related stories:
Allowing God’s light to shine ‘out of us’: MC Saskatchewan considers what it means to respond to God’s call
New directions for MC B.C.: Organizational restructuring approved at virtual annual meeting 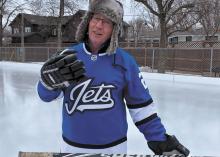