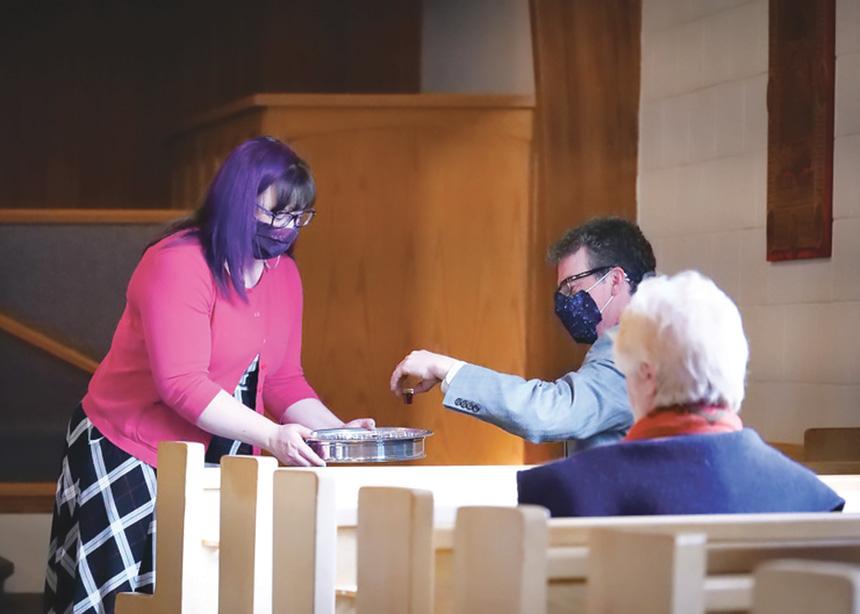 “In spite of a global pandemic, we dared to dream,” said communications coordinator Ruth Bergen Braun in her review of the year at the Mennonite Church Alberta annual delegate sessions held March 19. “We dreamt of a future filled with healthy congregations with strong capable leadership, growing relationships, a renewed camp ministry and new ideas for interfaith work.”

Ninety-three people were in attendance via Zoom, including staff, guests, and visitors. Forty-five delegates represented eleven churches from MC Alberta.

Throughout the day, attendees were encouraged to reflect on who they are and who God is calling them to be. The theme, “Encounter, Embrace, and Embody Christ in the World,” called attendees to look outward.

“I pray that in the year to come we may live into this calling, and in doing so more fully experience, recognize, and share Christ’s Good News,” encouraged Tim Wiebe-Neufeld, the regional church executive minister.

MC Alberta is currently in last year of a three-year-plan called E3, “Encountering, Embracing, Embodying Christ: In life, in community, in the world.” The questions invite members to ask how they are being called by God to engage with the world and to open themselves up for the challenges of these encounters.

In the business sessions, delegates approved the resolution to accept the revised bylaws to the MC Alberta constitution, which went into effect in Dec. 2021. The financial reports indicated that many in the regional church responded to God’s call to generosity in 2021. The finance team had planned for a deficit of $75,200 in 2021 but due to the generous support and by keeping costs under budget, the regional church ended the year with a $34,800 surplus.

Delegates heard reports about the transitions in 2021, a time to both grieve those who have left and to rejoice in future possibilities. This past year, Wiebe-Neufeld commissioned Werner and Joanne De Jong for ministry in Ethiopia through MC Canada International Witness. He led a licensing service for Steven Giugovaz, MC Alberta’s new church engagement minister, and organized an in-person retreat for pastors at Camp Valaqua.

With the retirement of Donna Entz from the North Edmonton Ministries, Suzanne Gross stepped in as an interim worker. She will be continuing the ministry of interfaith and intercultural relationship-building that Entz spent 10 years cultivating.

In his new position, Giugovaz will be helping congregations and individuals build stronger relationships and will nurture financial support of the various ministries. The role will be instrumental in helping members of MC Alberta consider how they are involved in the ministries they share and with the neighbours around them.

Delegates learned about Holyrood Mennonite Church in Edmonton, which is currently in transition after the departure of pastor Werner De Jong. Speaking of the congregation’s history, member Margot Brunn said, “A seed was planted 65 years ago. It was a safe place, a place of refuge.” The congregation requested financial help from MC Alberta to hire an intentional interim pastor who would help them envision and plan.

Camp Valaqua saw ups and downs this year, with budget shortfalls and health restrictions. But, with the young adults in MC Alberta stepping up to participate in fundraising endeavors, Camp Valaqua has seen increased giving.

“It has been a year of huge challenges and amazing support,” reported camp director Jon Olfert. “We were blessed beyond belief by everyone who has offered their time, prayers, and financial assistance to help us enter 2022 ready to go.”

The delegates heard updates from congregations, schools and workers abroad. Sandy Koop Harder and Reynold Friesen, representatives from Canadian Mennonite University, thanked delegates for their support and acknowledged that “students choose CMU because of influences in their life like you.” Delegates were then treated to a video rendition of “In the Morning When I Rise, Give Me Jesus,” sung by the CMU Singers.

Alex Tiessen, admissions and development director at RJC High School, gave an update on what students are engaged in despite health restrictions, and the school’s concert choir performed “Over My Head.”

Hugo and Doreen Neufeld told stories about the ministry of Christine and Tom Poovong, International Witness workers in Thailand. Witness workers George and Tobia Veith, who returned to Canada this past fall, enlightened attendees about their 30 years of service in China.

Brenda Tiessen-Wiens, who is in her third term as MC Alberta moderator, issued invitations for two summer events: Gathering 2022, happening in Edmonton and Amplify! the youth gathering at Camp Valaqua.

This article appears in the April 4, 2022 print issue, with the headline “Dare to dream.” Do you have a story idea about Mennonites in Alberta? Send it to Jessica Evans at ab@canadianmennonite.org. 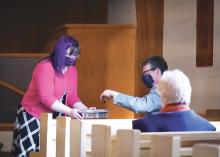