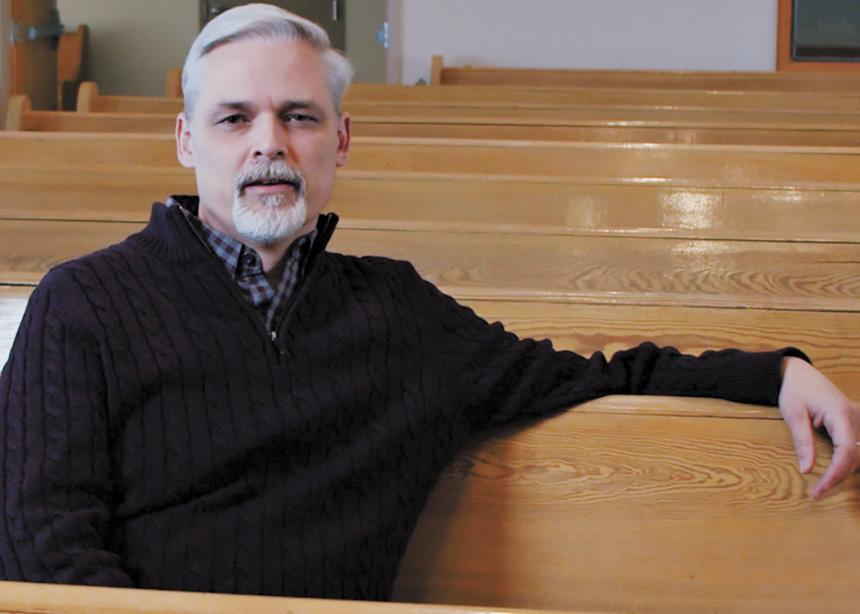 Michael Pahl, executive minister of MC Manitoba, preached on I John 1:3, a text that calls Christians to a shared life together, with God. (Screenshot by Darryl Neustaedter Barg)

For the second year in a row, the members of Mennonite Church Manitoba came together on Zoom screens, instead of in a church sanctuary, for their annual gathering, due to the risks of COVID-19.

But rather than dwelling on the past, the energy of the meeting was directed forward. The theme of the 75th annual gathering was “Koinonia,” from I John 1:3, meaning a shared life together and with God. Nearly 105 delegates representing 30 of MC Manitoba’s 38 congregations, plus dozens of guests, met on March 5 to celebrate the regional church’s shared life together and reflect on what it could look like moving forward.

Michael Pahl, executive minister of MC Manitoba, said that budgets are stories written in numbers. The 2021 budget tells the story of COVID-19. It was a tough year, with the camping budget particularly under strain. Yet through the diligence of MC Manitoba staff and the generosity of donors, MC Manitoba received $56,000 more than budgeted in donations for camping ministries, $52,000 more than budgeted in grants from the Winnipeg Foundation, and unexpected government subsidies.

This left MC Manitoba with a $72,000 surplus, instead of the deficit it expected, much of which will go to the regional church’s reserves. The 2022 budget calculates a manageable deficit that will be covered by the reserves, with the acknowledgment that COVID-19 can create unpredictable changes. The budget, minutes, board actions and nominations slate were all passed.

With COVID-19 restrictions easing, Camps with Meaning (CwM) is eagerly looking ahead to the summer. Camper registration is on par with 2019 numbers, and guest groups are expressing interest in rentals. However, camp is still predicting a $25,000 deficit for 2022, said Dorothy Fontaine, director of CwM, so it will be launching another fundraiser in spring. Donors have already kicked off the campaign by funding a new ropes course and meditation trails at Camp Assiniboia.

In the local mission breakout room, dozens of participants shared how their congregations are supporting their communities. Altona Bergthaler Mennonite Church offers a free monthly community meal, and North Kildonan provides space for the local food bank to operate. Bethel Mennonite formed a committee for Indigenous-Settler reconciliation, while Douglas Mennonite partners with a Syrian group that uses its building for youth programming and summer camp. Home Street Mennonite donated enough to the World Health Organization’s COVAX fund so that 200 people could receive COVID-19 vaccines and Grace Mennonite in Steinbach planted 450 trees in Manitoba.

A recurring theme was that the pandemic has turned congregations inward, as they have struggled to simply make it through. Even so, these stories showed the passion Manitoba Mennonites have to create shared lives with their neighbours.

One of the reoccurring conversations of the day was LGBTQ+ inclusion in the life and ministry of the church. In addition to the breakout-room discussion, which had around one third of participants in attendance, several questions arose during the question period.

In 2017, MC Manitoba congregations agreed to make space for different understandings of marriage in the church and put a three-year moratorium on the conversation of same-sex marriage. But the discussion wasn’t revived in 2020 because the pandemic hit Manitoba.

A Listening Circle was formed in 2021, with representatives of 27 of MC Manitoba’s 38 congregations sharing how the Spirit has been leading their congregations on this topic. The MC Manitoba board created a committee to attend the listening circle and determine next possible steps.

From what the committee heard at the listening circle, it reported that the regional church cannot take a unified stance on the subject of same-sex marriage at this time. Its recommendations include that MC Manitoba clarify its policies, provide resources to affirming congregations and host more listening circles to listen to the voices of LGBTQ+ people in the MC Manitoba community.

“Regardless of our stance on this, we do need to be able to listen to the LGBTQ+ folks among us,” Pahl said.

Some delegates expressed concern that their congregations would be pressured into adopting an affirming stance, while others asserted that deciding not to take an official position is taking a position.

Pahl replied that the goal is not to mandate any one position and that resourcing affirming congregations makes the statement that the regional church is allowing for differences of opinion. “It’s about making sure we take care of all our congregations no matter where they are at on this,” he said.

—Updated March 25, 2022. This article originally included the subheadline, “Annual gathering focuses on moving through pandemic and LGBTQ+ inclusion.” It has been updated for accuracy. 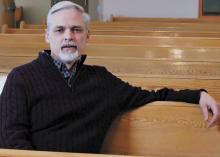 Michael Pahl, executive minister of MC Manitoba, preached on I John 1:3, a text that calls Christians to a shared life together, with God. (Screenshot by Darryl Neustaedter Barg) 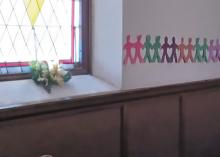