‘Hi, let’s go join the rest of the group’ 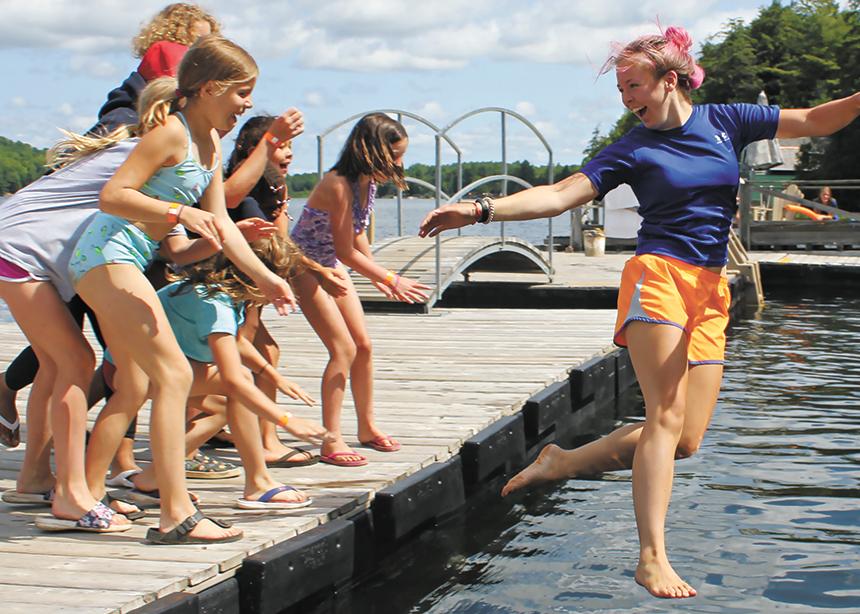 This is Fraser Lake Camp’s 65th year in operation. It serves 300 campers each summer on 110 hectares in the Canadian Shield. (Photo by Janien Reesor)

Stepping off that bus for the first time can be scary; it can be a big deal. The minds of many are on the edge of uncertainty and fear. If those steps take you into the embrace of a healthy community that welcomes you as you are, some magical things can happen. The way I see it, the community of summer camp provides two things for children: independence and belonging.

My experience in school suggested independence and belonging were at odds with each other. To be a part of a group I felt I had to give up—perhaps even be ashamed of—some eccentric parts of myself.

But this was not the case in youth group and at camp. Somehow in those spaces independence and belonging were one and the same. When we played the card game, Mafia, or went on adventures into the forest, we did not need to fit in to belong. The less self-conscious we were and the more authentic we were, the more the sense of belonging grew within the group. Independence and belonging seemed to fuel each other.

My favourite time during each camp session is the first 15 minutes off the bus. There are always one or two first-time campers unsure which bag is theirs or which cabin group they are a part of. I empathize with this because I was that camper; the counsellors have been, as well. My story ended with a compassionate, understanding camp staff saying a few words which felt like a parachute opening. I remember them to this day: “Hi, let’s go join the rest of the group.”

Camp is a fantastic, engaging place, with outrageous singing at campfires, kayaking across the lake with your cabin, making it to the top of the rock wall, and having unforgettable devotionals with your cabin group at sunset. These are not the goals of summer camp to me, though; they are the outcomes of a culture of independence and belonging.

I feel that is the jewel of the Mennonite culture I was blessed to be raised in, and I feel blessed now to foster a new generation.

Jason McDowell is the director of Fraser Lake Camp. 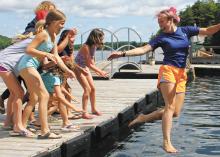 This is Fraser Lake Camp’s 65th year in operation. It serves 300 campers each summer on 110 hectares in the Canadian Shield. (Photo by Janien Reesor)