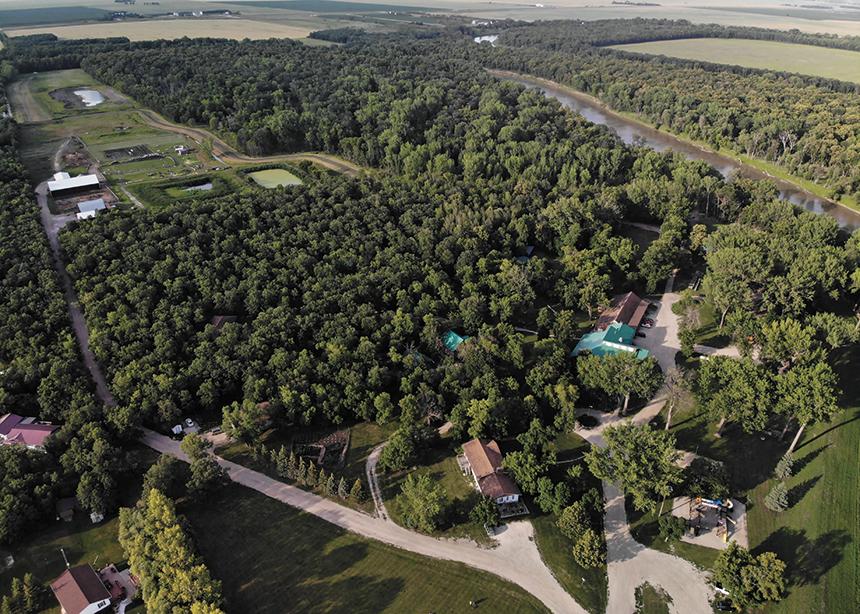 Over the past few years, the structure of Mennonite Church Manitoba’s Camps with Meaning has undergone some major shifts. It has gone from a three-camp system to a two-camp model, running spring and summer camps at Assiniboia and Koinonia.

• Camp Assiniboia, consisting of 40 hectares of Manitoba river-bottom forest and nestled in one of the many bends of the Assiniboine River, continues to be managed as it has in the past. Year-round MC Manitoba staff take care of housing and feeding our many guest rentals, general maintenance of the facilities and caring for the land.

With the repair and construction of an expanded dyke, which also created a large borough pit, we are also excited to be planning for a new 1.5-hectare lake with a beach and watercraft activities to add to our summer camp program and the shoulder rental seasons.

A capital campaign is also underway to upgrade and add to the summer and rental program capacities, including moving the ropes course inside the dyke; adding a natural playground; and upgrading the pool and change house; and some new buildings.

While still owned by MC Manitoba, Koinonia’s year-round operations are now taken care of by a fantastic board of people from the Boissevain area, which oversees the rental season and maintenance of the facilities and land. This partnership was made official in April 2019, and the Koinonia board has been working to bring new growth to the camp, drawing from old roots of hospitality, sanctuary and adventure.

Summer camp at Assiniboia and Koinonia can at times look very similar and also very different. Both camps are run by amazing young people who bring energy and passion to sharing the Anabaptist faith, challenging and encouraging campers in activities, and connecting campers to creation and the Creator.

Janet Peters is the associate program director of Mennonite Church Manitoba’s Camps with Meaning, and she oversees the spring and summer camping program. She loves spending time at both camps during any season!

Read more from our Focus on Camps:
Lighting a fire in children's faith
Living sanctuaries
A path towards reconciliation
Jeremy Wiens goes to Snow Camp
'Hi, let's go join the rest of the group'
Rhythm and Song Camp breaks into rap 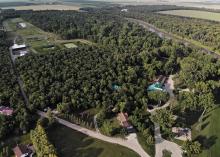 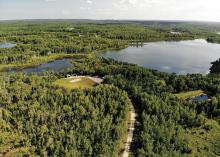