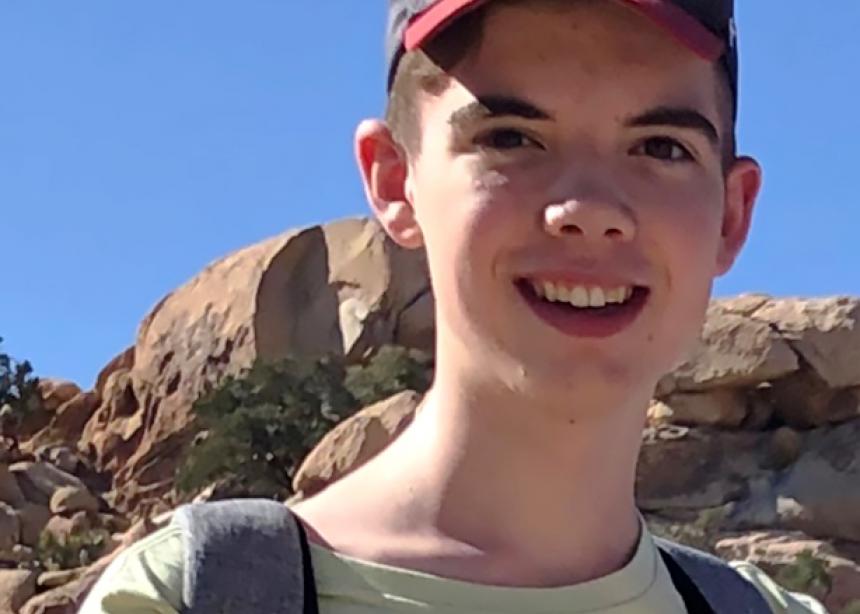 There are extreme weather warnings throughout the province as the wind chill dips to -40C. Yes, it’s cold, but nothing is going to stop Jeremy Wiens from going to Mennonite Church Alberta’s Snow Camp, held this year from Jan. 10 to 12 at Camp Valaqua in Water Valley.

Long johns. Check! Shoes and boots. Check! Doritos to share. Check! Back pack is packed and the 16-year-old is ready to go. It’s his fifth year attending the winter camp and he’s looking forward to seeing all the friends he worked with at Valaqua over the summer.

Jeremy serves on the MC Alberta Youth Leadership Team, which is made up of approximately 10 high school students from congregations across the province, whose main responsibility is to plan Snow Camp. Most of the team members are also Valaqua counsellors or counsellors-in-training (CiTs). Last summer Jeremy volunteered at the camp as a CiT.

Once he’s on the road with the other brave souls from Edmonton First Mennonite Church, the visiting and fun begins. For Jeremy, a highlight of going to Snow Camp is always the people.

Even though Jeremy and his group arrive around 8 p.m., energy is high, and 45 teens from across the province are ready for action. First, games at the lodge, then a nighttime walk with flashlights, frozen river games, and a devotional and songs around a campfire.

One game is called Pruey. One person has their eyes open and all the other campers have their eyes closed. The goal is to find the person with their eyes open. Jeremy tries to explain it but then says with a smile, “Maybe you had to be there.”

Once back at the lodge there’s time for a snack and then off to bed.

Before he knows it, it’s time for breakfast. Jeremy knows it’s going to be a great day because he helped plan it. He is the “fireman” today, meaning he is in charge of the campfire later on when they will be making s’mores. But now it’s time for the first of four teaching sessions led by Donna Dinsmore, the guest pastor from Foothills Mennonite Church in Calgary.

Good food, worship and teaching, connecting with friends old and new, and lots and lots of games. That’s snow camp. “Tag is a lot of fun,” Jeremy says, “because it’s hard to run away in the snow.” And, of course, there has to be a few rounds of giant Dutch Blitz.

When asked if there was a low point to the weekend, he replies that it was when his socks got soaked. He realized his snow pants were hiked up too far so he got snow in his boots. Thankfully, he had an extra pair of socks. When admired for having the foresight to pack extra socks, he confesses, “Actually, my mom packed them.”

In the blink of an eye it’s Sunday lunch and everyone is roasting their hot dogs around the final campfire and saying goodbye until summer.

Jeremy hopes to attend Snow Camp again next year and offers apologies to his cabin-mates for forgetting to share his Doritos.

Read more from our Focus on Camps:
Lighting a fire in children's faith
Living sanctuaries
A path towards reconciliation
'Hi, let's go join the rest of the group'
Assiniboia, Koinonia: Similar but different
Rhythm and Song Camp breaks into rap 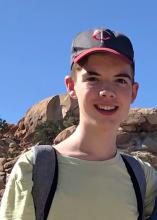 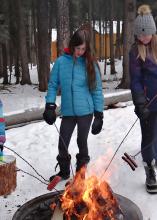