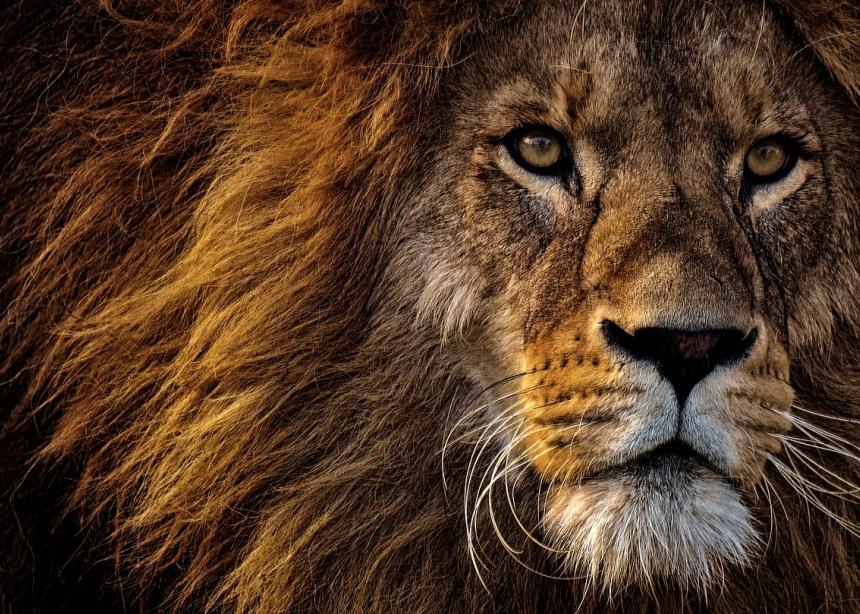 'Aslan may be a cat, but he cannot be tamed into a submissive and lazy house cat.' (Image by Alexas_Fotos/Pixabay)

I’m reading through the Chronicles of Narnia with my girls at bedtime. We recently finished Prince Caspian and then watched the movie. Narnia has definitely influenced my Scripture reading lately.

Prince Caspian had been my least favourite of the series. I recalled long aimless wandering through the woods, endless dialogue and nature-related descriptions that slowed down the story to a yawning pace.

But this time through I was able to appreciate so much that I didn’t remember previously. What struck me was the different characters’ responses to the centuries-long absence of Aslan, the stories’ Christ figure. Some had become bitter at the thought of Aslan, for where had this Great Lion King been and why had he not saved them from the oppression of the Telmarines? Others, like the badgers, still held hope and anticipated the return of Aslan. Other talking animals had lost the ability to speak, trees had gone so deep into themselves that they no longer danced or walked or spoke.

Lamentations 5 feels like it captured the sentiment of the Narnians. Allow me a Narnian translation: “You, oh Aslan, reign forever; your throne endures from generation to generation. Why do you always forget us? Why do you forsake us for so long? Restore us to yourself, O Aslan, that we may return; return our days as of old unless you have utterly rejected us and are angry with us beyond measure” (5:19-22).

In the Bible, God’s people wrestled with the seeming absence of God amid oppression. For us, it has been two thousand years since Jesus’ assurance that he will be coming soon. Just as the Narnians had various sentiments toward Aslan, people hold different feelings toward Jesus.

Some carry bitterness, others have lost the ability to speak or have gone so deep inside themselves that their spirits can no longer dance or walk or speak. And some, like the badgers, have held on to hope, still anticipating the return of the Great King. This Lamentations passage found resolution in Narnia, and all found life anew upon Aslan’s return. On Earth, it is perhaps already and not yet.

The movie is always different from the book, and I appreciated the thread woven into the movie that things don’t happen the same way twice with Aslan. Reading through the Old Testament Book of Hosea reminded me of this; nowhere else in Scripture is someone asked to marry a prostitute for the sake of a prophetic message about Israel’s unfaithfulness. That God/Aslan doesn’t do things the same way twice points me to the beauty of God’s creativity and unpredictability. Why do something the same old way when you can make use of the limitless possibilities? What better way to keep God’s people on their toes than to do things differently each time?

Yet we must somehow balance this with the great benefit in a healthy routine, in consistent spiritual practices, and resting in some of the sure unchanging realities of God. But there are so many reminders in Scripture that God is on the move, not static, not predictable, and not wanting us to think that the right formula or routine will guarantee or coerce God’s presence.

Aslan may be a cat, but he cannot be tamed into a submissive and lazy house cat. God, likewise, cannot be tamed or domesticated or trained to do tricks for us. Maybe that’s why Aslan is a cat and not a dog. God is wild and unpredictable and a bit scary, but also good. So good. So, like the badgers, amid our longing lament, may we faithfully await a new, surprising and wild God appearance.

Joshua Penfold (penfoldjoshua@gmail.com) tries to keep his eyes and heart on the lookout for Aslan.

Read more Tales from the Unending Story columns:
‘You listened to my cry’
Smudged with humanity
The gift of imagination
Lessons from the wheel
Eating God's words

'Aslan may be a cat, but he cannot be tamed into a submissive and lazy house cat.' (Image by Alexas_Fotos/Pixabay)