The gift of imagination 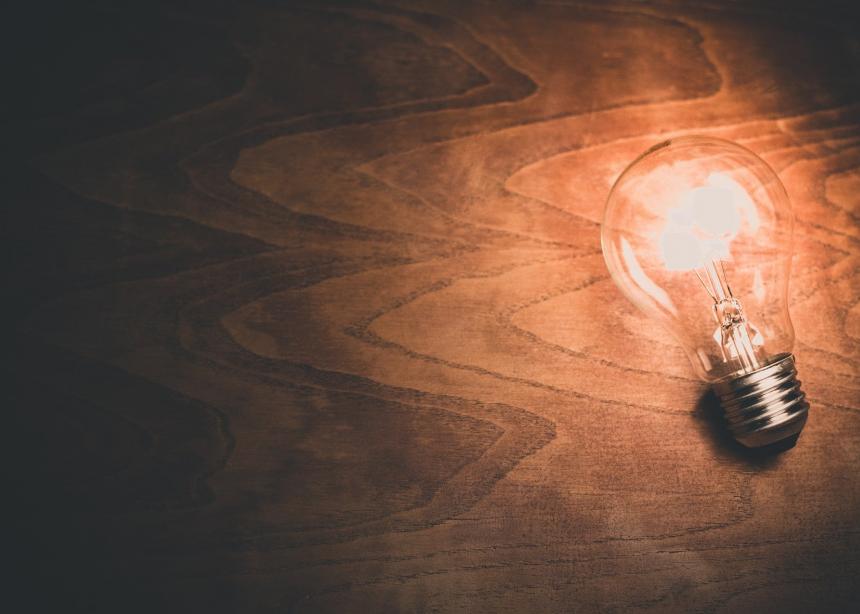 I remember the feeling with such clarity: that furious, terrified, sick-to-your-stomach despair one feels when you are numerous pages into writing an academic paper and the computer freezes and you’re unsure if it was saved. Rebooting and reopening the document brings about despair and tears as you discover it’s all gone. Every. Single. Word.

These memories surfaced when reading Jeremiah 36. Jeremiah has Baruch write down all the words that the Lord spoke, in an attempt to turn the hearts of the king and the people back to God. But the king takes the scroll and burns it in the fire, unmoved by any of it. God tells Jeremiah: “Take another scroll and write on it all the words that were on the first scroll.”

But the scripture says that “Jeremiah took another scroll and gave it to the scribe. . . [and] Baruch wrote on it all the words of the scroll that Jehoiakim king of Judah had burned in the fire.” There’s no mention of how Jeremiah felt. I wonder if he felt frustrated, as I did the times I’ve had to rewrite something. Did he kick himself for not making a copy before sending it away, or by God’s help was the second version better than the first? These are the kinds of things I sometimes wish the Bible included to help us better humanize the characters. It’s hard to believe Jeremiah would have just rewritten everything with indifferent robotic obedience.

Just as my professor had no idea about the agony involved in rewriting my paper, Jeremiah doesn’t tell us, his readers, how he felt about rewriting. A bit of imagination can spark life into a Bible story that might, at first glance, seem a bit dull. I wonder if readers are sometimes afraid or unaware that the Bible and the imagination can be great companions.

Shortly after imagining Jeremiah’s feelings about rewriting the scroll, I read this in Jeremiah 38: “So they took Jeremiah and put him into the cistern of Malkijah, the king’s son, which was in the courtyard of the guard. They lowered Jeremiah by ropes into the cistern; it had no water in it, only mud, and Jeremiah sank down into the mud.”

Although this creates a great image of Jeremiah being stuck deep down in the mud, it is silent regarding the process by which he got there. Did Jeremiah simply comply and obediently walk over to the cistern and willingly descend into the mud, or was there a struggle? Did he try to escape but got overpowered? Did he resist and curse them? Were punches thrown? It doesn’t say. I find it difficult to imagine the prophet with fire in his bones (Jeremiah 20:9) just letting himself be taken and discarded without some kind of resistance.

These imaginings may be minor and relatively insignificant in changing how we understand the text, but they reduce the risk of these characters remaining/becoming unrelatable and two-dimensional.

So often we forget that these heroes of the faith experienced the full gamut of emotions, just as we do. Our stories, emotions, joys and sorrows can help us to enter into their stories and emotions, and bring their stories to life. So even if it’s something as silly as the frustration of losing a paper when your computer freezes, let your life and your imagination guide you into the stories of scripture.