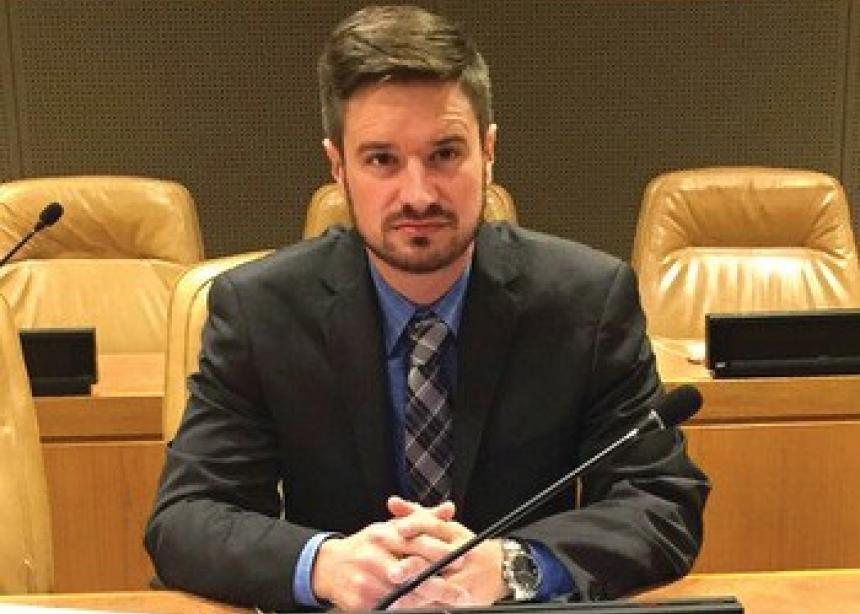 Michael J. Sharp addresses the UN Security Council in August 2016. He and a colleague were abducted and killed in 2017 in the Democratic Republic of Congo. (Photo courtesy of the Sharp family)

Michael J. Sharp and fellow U.N. sanctions monitor Zaida Catalán of Sweden were abducted and killed in 2017 in the Kasai region of the Democratic Republic of Congo while monitoring sanctions violations and possible war crimes by the Congolese national army and various militias.

The prosecutor overseeing the case told Reuters news agency that Jean de Dieu Mambweni had been arrested Dec. 7, 2018, but no charges had yet been filed. He is the first member of the nation’s security forces to be detained.

The Guardian reported Congolese authorities initially blamed the militia and arrested about two dozen alleged fighters for the killings, but the government later admitted it could not rule out the possibility the deaths were the result of state agents.

The prosecutor, Timothée Mukuntu, said Mambweni was arrested Dec. 6 after a court session in the trial of alleged militia members.

Defense lawyers played a recording made by Catalán two days before their March 12 deaths, in which Mambweni is heard giving the U.N. workers the number for a translator to work with on their ill-fated trip.

Members of the Kamuina Nsapu militia—which is at odds with the government—were arrested in late 2017 and put on trial in June, but that case was put on hold pending a U.N. investigation.

An execution video shows men the government says are militia members carrying out the killings, but experts say there are suspicious inconsistencies. For example, men in the video dressed like the militia are poor speakers of the local dialect.

In addition, at least one person who helped set up the trip in which the duo were abducted once worked for Congo’s intelligence service. Phone records reveal that Jose Tshi­bua­bua—whom Reuters reported was arrested and charged a year ago with the murder of the workers—exchanged at least 17 text messages with a provincial intelligence chief shortly before and after they were killed.

For background see:
EMU alumnus among those kidnapped in Democratic Republic of Congo
Sharp among confirmed dead in DRC
Michael J. Sharp’s journey toward peace in DR Congo 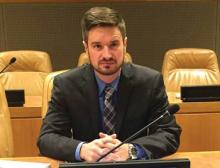 Michael J. Sharp addresses the UN Security Council in August 2016. He and a colleague were abducted and killed in 2017 in the Democratic Republic of Congo. (Photo courtesy of the Sharp family)