Sharp among confirmed dead in DRC 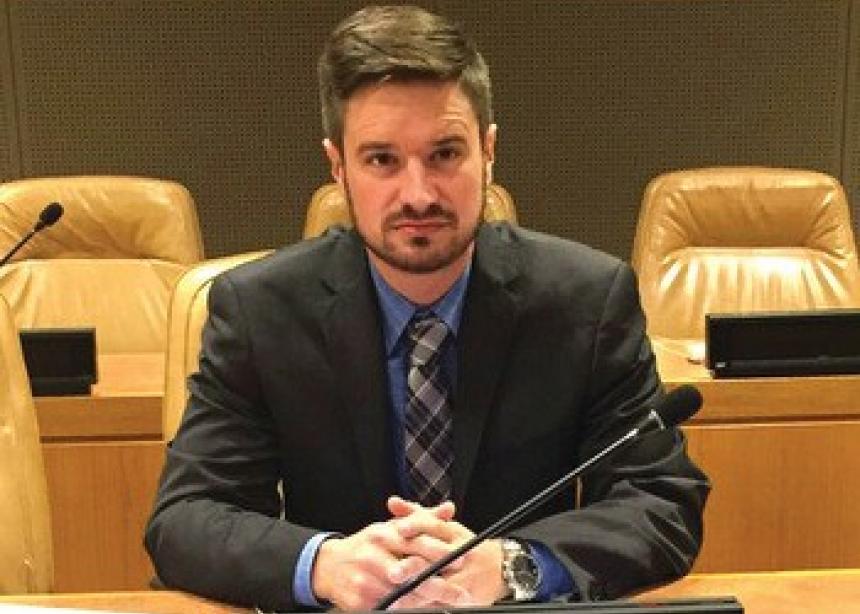 Michael J. “M.J.” Sharp, a United Nations official kidnapped with five others in the Democratic Republic of Congo two weeks ago, has been confirmed as deceased by the Congolese government, according to Reuters.

The bodies of two Caucasians, a male and female, were found in the Central Kasai region, where Sharp and a female colleague went missing. A third body, later confirmed as their Congolese interpreter, was also found.

The Washington Post reported earlier today that Congolese government spokesman, Communications Minister Lambert Mende, told Top Congo FM that the bodies were found Monday but did not confirm they were of Sharp or the second UN official kidnapped with him, Zaida Catalan of Sweden.

“It’s now a certainty. It is the two investigators. We identified the third body in the grave with them as their Congolese interpreter,” Mende told Reuters.

The UN has not released any information as of press time.

Congolese native Fidele Lumeya, a 2000 graduate of Eastern Mennonite University’s (EMU) Center for Justice and Peacebuilding, had been in contact with those in the Congo working on Sharp’s behalf. He is head of the Congolese American Council for Peace and Development, based in Silver Spring, Maryland.

“On behalf of the Congolese diaspora community in the United States that I represent, I am saddened this news,” he said in a statement issued today. “Michael took a most perilous mission to investigate the ongoing killings, showing deep respect for the dignity of humankind and the women and children of Central Congo. His work in the Congo is a legacy of who we are as human beings, as Mennonites and Christian disciples.”

Sharp was part of a UN panel of experts investigating ongoing civil conflicts in the country. Violence had escalated over the weekend, with the murders of 42 police officers tasked with fighting a regional militia known as Kamuina Nsapu.

Congolese and UN officials had stated that search efforts to locate kidnapped individuals were underway.

Reports by Reuters, Al Jazeera and other outlets note that the Kasai region has seen fighting and rebellion since September 2016, after the August killing by government forces of Kamwina Nsapu. Nsapu was a tribal chief and militia leader who had resisted President Joseph Kabila.

Sharp came to Eastern Mennonite University from Goshen, Ind., and earned a BA in history with a minor in German in June 2005.

He has been serving with the UN since April 2015. Prior to that, Sharp worked with Mennonite Central Committee as the Eastern Congo Coordinator. (Read an article.)

In January 2015, he spoke to NPR about serving alongside the Congolese Protestant Council of Churches, trying to persuade rebel fighters to lay down arms. The program had convinced some 1,600 fighters to give up arms. 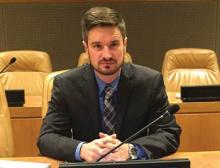