Can we see it? 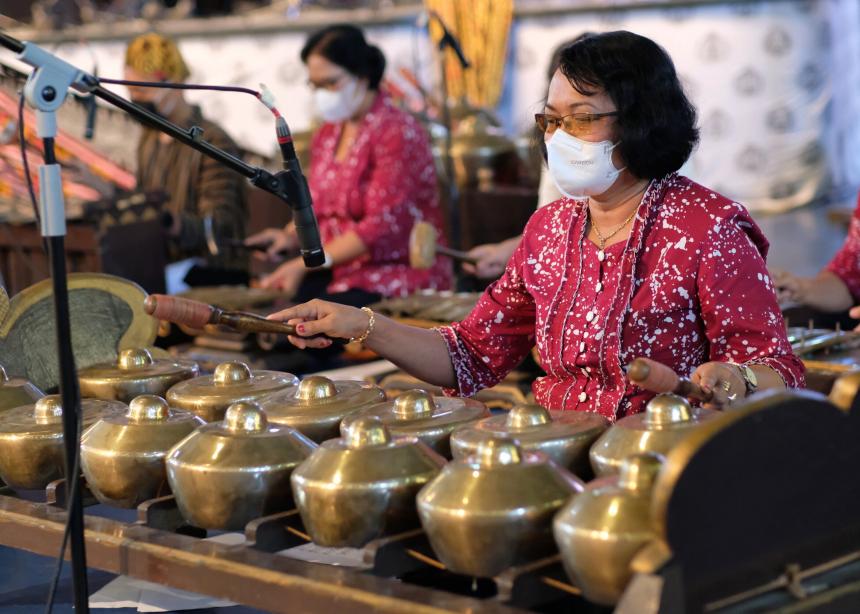 I took in what I could of the Pope’s visit to Canada. His language around the impact of the colonial church on Indigenous communities grew stronger each day, ending with commentary on residential schools as “genocide.”

However, he did not acknowledge the impact of the Doctrine of Discovery, the Catholic edicts from the late 1400s that gave Europeans the power to claim lands that were deemed empty because the people living there were not Christians, but “savages.” Those decrees led directly to colonization by Europeans of much of the rest of the world, with the church playing a heavy role in that colonization. The Pope said that “. . . never again can the Christian community allow itself to be infected by the idea that one culture is superior to others, or that it is legitimate to employ ways of coercing others.”

I was in Indonesia for the Mennonite World Conference (MWC) General Council of delegates and the global Assembly. Indonesia was colonized by Europeans (mostly the Dutch) for about 300 years, declaring independence in 1945. Today, Indonesia has three Anabaptist synods, totalling more than 100,000 adult members, each with a different origin story, and a variety of relationships to churches outside of Indonesia.

What does indigenization of the church look like in Indonesia, a country with 1,340 recognized ethnic groups, more than 700 living languages, and complicated relationships with countries like the Netherlands and China?

I found myself frequently explaining one cultural way of doing things to others from a different culture and reviewing assumptions about each. There were some missteps around cross-cultural interactions, and apologies were offered and accepted. Workshops explored many post-colonial topics. The post-colonial intentions of MWC are clear, and yet the reality was not quite so clear.

I also participated in the Mennonite Church Canada Gathering in Edmonton. There were multiple opportunities to reflect on what it means to be a post-colonial church through worship, storytelling, and workshops. I am inspired by the words in song No. 1 in our new hymnal, but I also see too many ways where the church does not live up to these standards, particularly around being an intercultural church. The intentions are clear, and yet the reality of our church life is not quite so clear.

On July 31, I met with Roberson Mbayamvula, a Congolese-Canadian pastor of Hagerman Mennonite Church in Markham, Ont., and a delegate to MC Canada. We talked together about our hopes and dreams for the church, about all the good intentions that we see. He reminded me to see the church as God’s project, describing us as hinges that are holding the doors open, connecting people to each other. He indicated that our role is to truly listen, to share stories, and to dream together, and we will be surprised by how God is working in our midst.

He, along with others at both MWC and MC Canada, spoke about the inspiring young adult leaders among us who are culturally diverse and eager to take the church to new ways of living and being. Alleluia!

Arli Klassen serves as staff with MWC, and in governance with MC Canada.

Read more The Church Here and There columns:
These are our people
What holds us together?
Meetinghouses
A difficulty for all of us
Civil disobedience